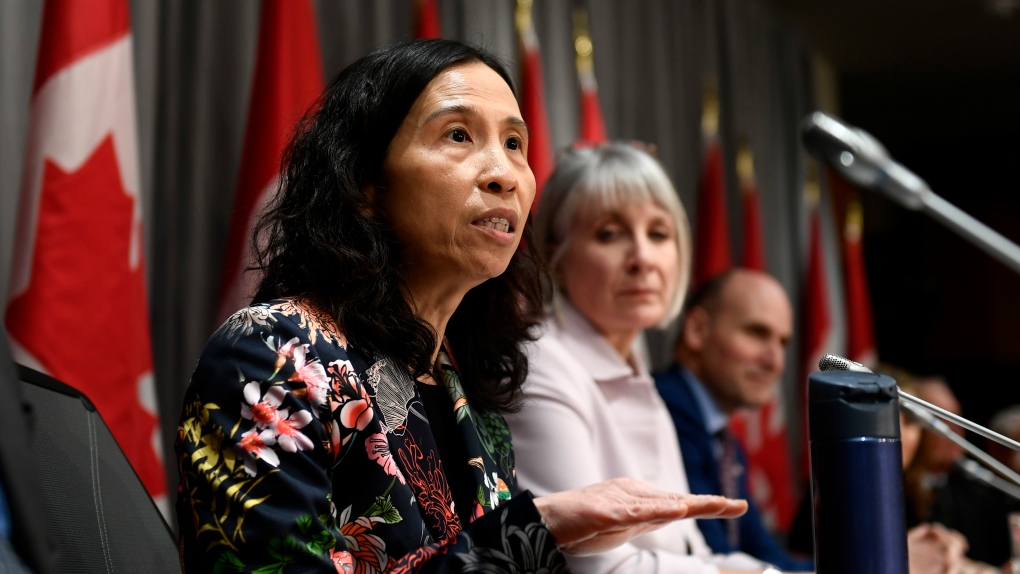 Chief Public Health Officer of Canada Dr. Theresa Tam gestures as she speaks at a press conference on COVID-19, at West Block on Parliament Hill in Ottawa, on Wednesday, March 18, 2020. THE CANADIAN PRESS/Justin Tang

In Alberta, you can buy a T-shirt printed with the image of the province's chief medical officer of health and the slogan: "What would Dr. (Deena) Hinshaw do?"

That's what sociologist Cary Wu is talking about.

"Government and health officials need to rely on people's trust to implement effective responses," said Wu from York University in Toronto. "If people do not trust, it's very difficult to promote collective action."

Wu is one of several Canadian researchers who have received grants to study the relationship between COVID-19 and social trust -- an aspect of public health that doesn't involve labs or quarantines but is every bit as important.

"It's really important that we can turn to experts and trust what they're saying, that we're able to separate information from misinformation, and that we know who we can depend on for good guidance," said Eric Kennedy, a York University "disaster historian" who's also researching the issue.

Trust in fellow citizens, trust in politicians, trust in health care and trust in perceived outsiders are all affected.

"Maybe a public health crisis could lead to people's distrust of people. Or it could create solidarity and create more trust. We don't really know."

Kennedy said research from past disaster responses is encouraging.

"There have been myths surrounding disasters -- social breakdown or looting or conflict.

"What we've seen from lots of different studies is that usually those anti-social behaviours are much more in the minority. It's much more common for people's behaviour to come together."

Both Wu and Kennedy are in the midst of extensive survey and interview programs.

Kennedy has already received some responses to his survey, which includes questions about knowledge of and responses to the pandemic, as well as attitudes toward national and international organizations and information sources. It also asks how respondents feel they've been treated by other people.

While it's much too soon to draw conclusions, early responses suggest Canadians are doing what they've been asked, Kennedy said

"By and large, Canadians are reporting taking a lot of the steps that they've been called upon to take," he said.

"Canadians, in general, have higher trust than other countries," he said.

Two-thirds of respondents said they trusted information from the federal government -- an increase of nine points since early March. Just over half of respondents in the United States said the same in a recent Gallup poll.

Wu and Kennedy plan to continue their research programs long after the COVID crisis calms.

They hope data on social trust from before, during and after the pandemic will help officials to refine their approach to keeping the public onside.

"We want to be able to feed some of that advice back to help support them in being more trustworthy," Kennedy said.