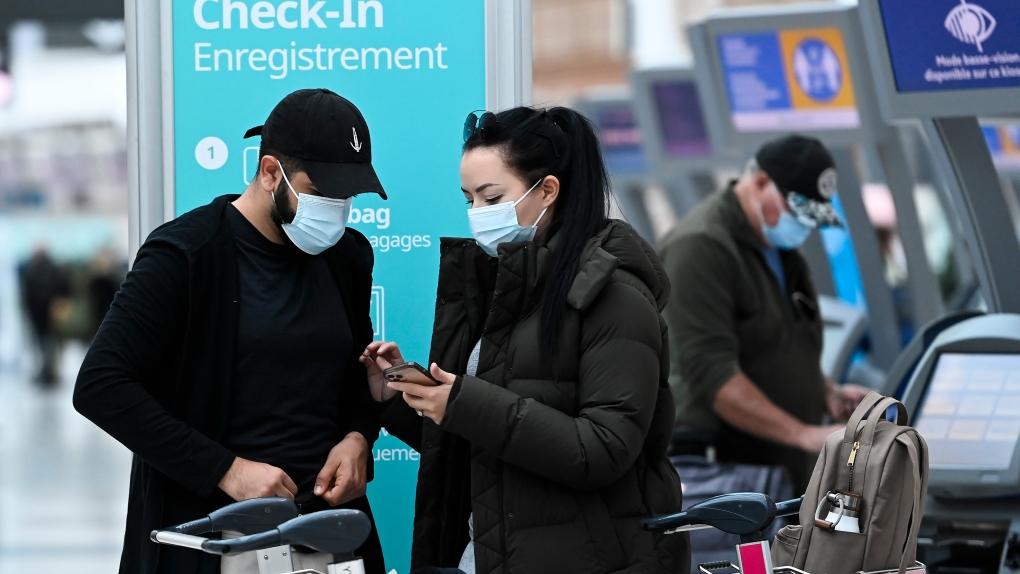 People check in at WestJet at Pearson International airport during the COVID-19 pandemic in Toronto on Wednesday, Oct. 14, 2020. THE CANADIAN PRESS/Nathan Denette

TORONTO -- The European Union decided to remove Canada from its list of countries whose residents should be allowed to visit the bloc amid the ongoing COVID-19 pandemic.

According to a press release, the European Commission decided on Wednesday to remove Canada, Tunisia and Georgia because of a surge in virus infections in those three countries.

The update was endorsed by EU member-country envoys at a regular closed-door meeting. The EU typically reviews the so-called "white list" every two weeks, but last made changes to it in early August.

The press release also highlighted that the EU has opted to reopen its borders to travellers from Singapore as a result of improved virus trends there.

The changes are the first in more than two months to the list, which now consists of nine countries that are permitted to travel to the EU, including Australia, China, Japan, New Zealand, Rwanda, South Korea, Thailand and Uruguay.

Europe began allowing visitors to the bloc for select countries July 1 as part of a move to loosen travel restrictions imposed in mid-March on non-essential travel.

Despite China being on the list, travel from there is only allowed if Chinese authorities also allow in EU visitors. The reciprocity requirement does not apply to other countries on the list.

The EU notes that the approved list is only a recommendation on travel rules. Some countries, such as France, have not placed any restrictions on visitors from countries on the EU's list while Germany has pared the list down and Italy requires travellers to self-isolate upon arrival.

The update to the travel list comes amid a resurgence in COVID-19 cases in Europe as counties impose new restrictions and lockdowns to cope with rapidly rising caseloads.