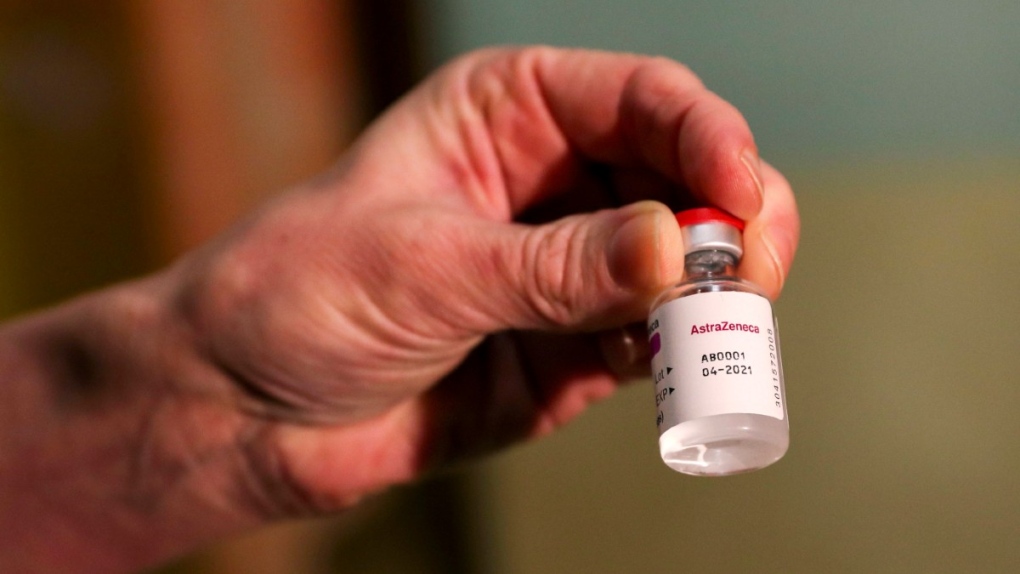 LONDON -- The European Medicines Agency said Tuesday that AstraZeneca and Oxford University have submitted an application for their COVID-19 vaccine to be licensed across the European Union.

The EU regulator said it received a request for the vaccine to be greenlighted under an expedited process and that it could be approved by Jan. 29 "provided that the data submitted on the quality, safety and efficacy of the vaccine are sufficiently robust and complete."

The EMA, the drugs agency for the 27-nation EU, has already approved two other coronavirus vaccines, one made by American drugmaker Pfizer and Germany's BioNTech and another made by U.S. biotechnology company Moderna. Switzerland approved the Moderna vaccine on Tuesday and plans to immunize about 4% of its population using that and the Pfizer-BioNTech shot.

Britain gave its approval to the Oxford-AstraZeneca vaccine last month and has been using it. India approved it this month.

As part of its strategy to obtain as many different COVID-19 vaccines as possible for Europeans, the EU said it had concluded early talks with French biotech company Valneva to secure up to 60 million doses of vaccine.

Valneva previously signed a deal with Britain to provide tens of millions of doses of its shot, which is developed using similar technology to that used to make flu vaccines. The EU has sealed six vaccine contracts for up to 2 billion doses, many more than are necessary to cover its population of approximately 450 million.

The Oxford-AstraZeneca vaccine is expected to be a key vaccine for many countries because of its low cost, availability and ease of use. It can be kept in refrigerators rather than the ultra-cold storage that the Pfizer vaccine requires. The company has said it will sell it for $2.50 a dose and plans to make up to 3 billion doses by the end of 2021.

Researchers claim the Oxford-AstraZeneca vaccine protected against disease in 62 per cent of those given two full doses and in 90 per cent of those initially given a half dose because of a manufacturing error. However, the second group included only 2,741 people -- too few to be conclusive.

Questions also remain about how well the vaccine protects older people. Only 12% of study participants were over 55 and they were enrolled later, so there hasn't been enough time to see whether they develop infections at a lower rate than those not given the vaccine.

The U.S. Food and Drug Administration says it won't consider approving the Oxford-AstraZeneca vaccine until data are available from late state research testing the shot in about 30,000 people.

The World Health Organization is also examining a request from AstraZeneca and Oxford for an emergency use listing for its vaccine.

The U.N. health agency does not license or regulate vaccines itself, but typically evaluates vaccines once they have been approved by an agency such as the U.K. regulator or the European Medicines Agency. WHO experts conduct their own evaluation of whether or not the risks of a vaccine outweigh its benefits and then make a recommendation for the shots to be "pre-qualified" so they can be bought by donors for developing countries.

Lorne Cook in Brussels, and Jamey Keaten in Geneva, contributed to this report.

Canadians aren't staying home as much as they did during the first wave, data shows

Ontario reports fewer than 3,000 new COVID-19 cases for first time in a week as more cases of U.K. variant found

Severe cases of COVID-19 could be associated with poor gut health: scientific review

Blood kits sent to 48,000 Canadians to survey extent of COVID-19

Should you be wearing a mask while outside? Experts say it depends