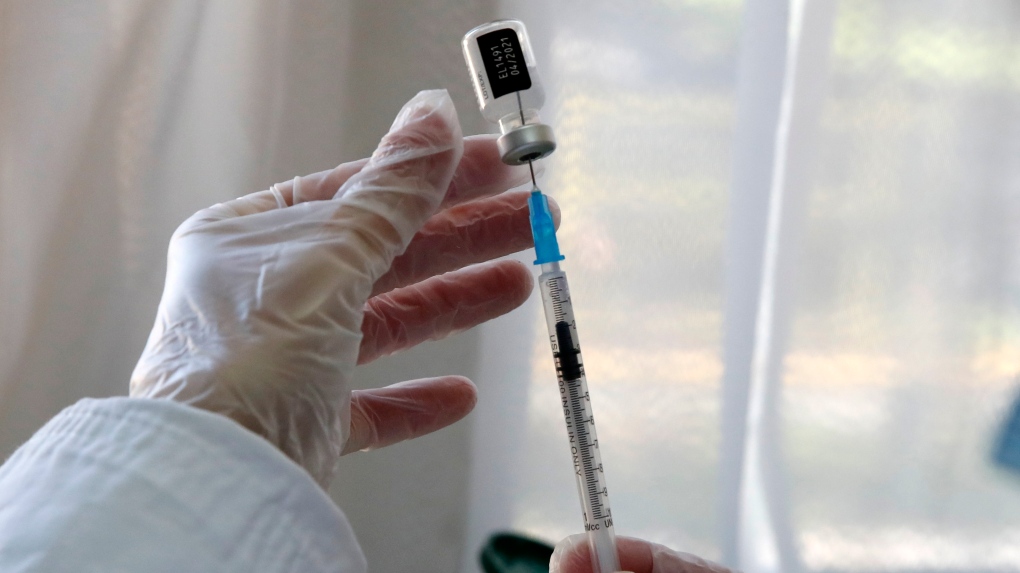 A nurse prepares a dose of the Pfizer-BioNTech vaccine against the COVID-19 at a health center in Athens, Wednesday, Jan. 20, 2021. (AP Photo/Thanassis Stavrakis)

When drug companies like Pfizer and Moderna learned to successfully incorporate messenger RNA technology into a COVID-19 vaccine, experts say they likely opened the door to a significant shift in the future of immunization.

The milestone in vaccine development was met with enthusiasm from most, but the seemingly swift pace and novel approach is causing hesitancy in others.

Experts say the new technique shouldn't dissuade people from getting the vaccine. While the mRNA method is new to inoculations, the actual technology has been around for decades.

The difference now, they say, is scientists have ironed out the kinks to make a useful product.

"It sounds fancy, mRNA, but there's nothing outlandish about it," said Dr. Earl Brown, a virology and microbiology specialist with the University of Ottawa. "This is the way our cells operate -- we live by mRNA."

Vaccines from Pfizer-BioNTech and Moderna were the first inoculations approved for humans to use mRNA, which provides our cells with instructions to make proteins. In the case of COVID vaccines, the injected material shows cells how to make a harmless piece of the coronavirus spike protein, which then teaches our immune system to recognize the virus and fight off a future infection.

Scientists made the vaccine by programming genetic material from the spike protein into mRNA, a process that theoretically could work for other viruses.

"As long as you know how to create those instructions -- that genetic code you need to convince your body to create that target -- you can design an mRNA vaccine against any antigen," said Nicole Basta, an associate professor of epidemiology at McGill.

The development of future mRNA vaccines might be quick, Basta says, but they would need to go through the usual evaluation process and clinical trials to ensure safety and efficacy. So vaccines for other viruses won't be popping up overnight.

Still, Basta adds, there's potential for using mRNA to either improve upon existing vaccines or to develop new ones against other pathogens.

Dr. Scott Halperin, a professor at Dalhousie University and the director of the Canadian Centre for Vaccinology, sees mRNA vaccines as "evolutionary rather than revolutionary."

Part of the reason COVID vaccines came together so quickly was the technology had been developing for years, Halperin said. The global pandemic offered scientists a pressing opportunity -- and unprecedented funding and collaboration -- to try again for a viable injection.

Previous research had been done on creating mRNA vaccines against Zika and other viruses, Halperin added, and there were earlier efforts focused on cancer treatments. Coronavirus-specific research was further sped up by spike protein analysis from SARS and MERS. 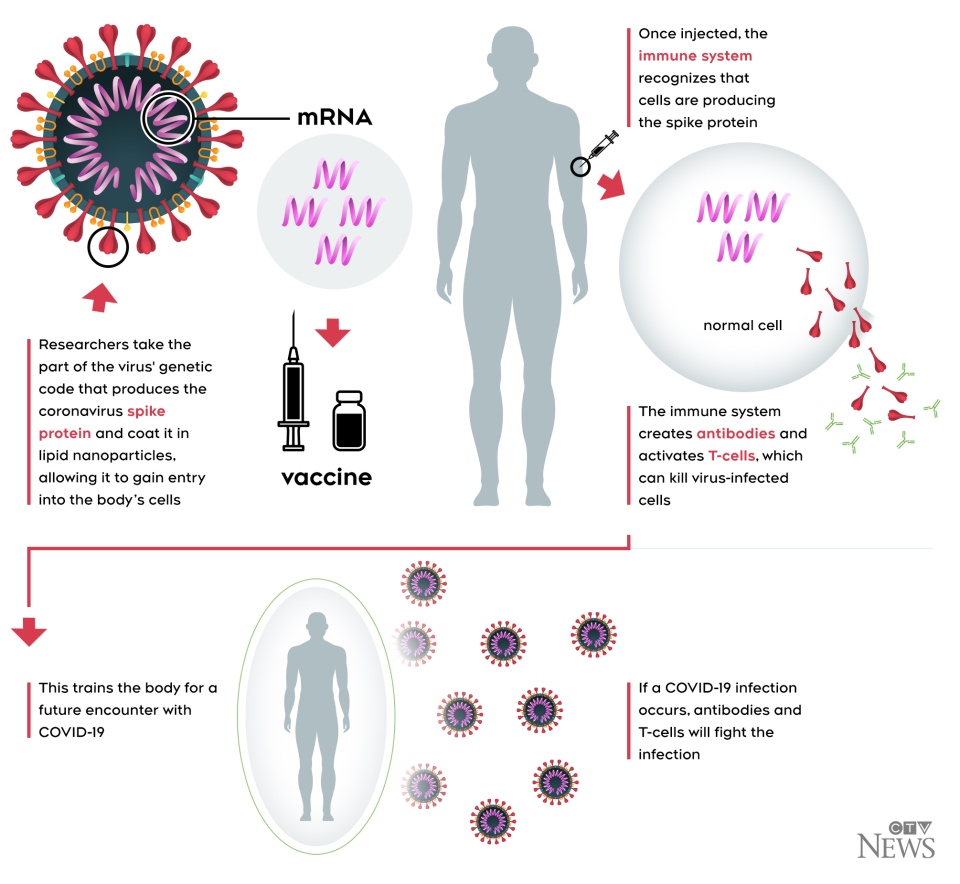 While the mRNA technology itself is impressive, Halperin says improvements need to be made to create a more temperature-stable product before these types of vaccines and treatments "truly take over."

"The logistics of delivering mRNA vaccines right now, we wouldn't want to have to do that for every vaccine we produce," he said, referencing the ultra-cold storage temperature that's currently needed. "But I do think it's an important milestone."

Scientists are expected to continue advancing the technology, just as they did recently in solving two confounding problems with mRNA -- its fragility and instability.

Brown says fragility was resolved by packaging the mRNA in a fat coating, giving it something to help bind onto cells so it wouldn't disintegrate upon injection. The instability was conquered by modifying the uracil component of RNA, one of the four units of its genetic code.

"The technology application is new, but the science is mature," Brown said. "We've just reached the point at which we can apply it."

Traditional vaccines typically contain a killed or weakened virus, Brown said. Those methods are still being used in COVID vaccine development, including by AstraZeneca-Oxford, whose product has not yet been approved in Canada.

A benefit to using mRNA is the speed at which a vaccine can be developed or updated once scientists know what to target, Brown says.

While experts believe current vaccines will work against recent variants of the COVID virus -- including one originating in the U.K. that's more transmissible -- Brown says mRNA's adaptability could theoretically come in handy if new strains emerged that necessitated an update.

"In six weeks they could produce something," he said. "It would still have to go through Phase 3 trials, but it does give you more flexibility and a big leg up."