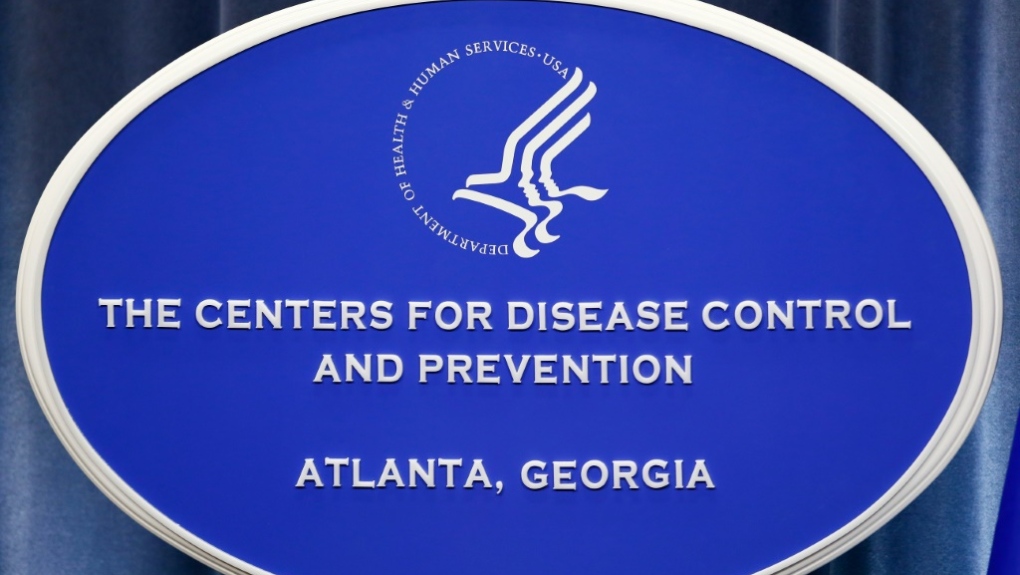 A sign with the logo for the Centers for Disease Control and Prevention at the Tom Harkin Global Communications Center in Atlanta, Georgia. (AFP)

WASHINGTON, UNITED STATES -- People who develop COVID-19 infect around half of their household members, with adults only slightly more likely than children to spread the virus, a U.S. government study said Friday.

The paper by the Centers of Disease Control and Prevention (CDC) is the latest to attempt to quantify the household transmission rate of the disease, with previous research varying widely but generally suggesting that adults are bigger drivers than children.

The new research by the CDC involved finding cases of "index" or initial patients with lab-confirmed coronavirus infection in Nashville, Tennessee, and Marshfield, Wisconsin, starting in April 2020.

Both the index patients and their household members were trained remotely to complete symptom diaries and obtain self-collected specimens, which were either nasal swabs only or nasal swabs and saliva samples, for 14 days.

A total of 191 enrolled household contacts of 101 index patients reported having no symptoms on the day of their index patient's illness onset.

In the follow-up period, 102 of the 191 contacts had SARS-CoV-2 positive tests, for a "secondary infection rate" of 53 per cent.

The secondary infection rate when index patients were over 18 was 57 per cent, which fell to 43 per cent when the index patient was under 18.

Overall there were far fewer children index patients than there were adults: 20 compared to 82, which makes it harder to generalize the results for under-18s.

In terms of household characteristics, the median number of members per bedroom was one, 69 per cent of index patients reported spending four or more hours in the same room with one or more household member the day before, and 40 per cent the day after illness onset.

Forty per cent of index patients reported sleeping in the same room with one or more household members before illness onset and 30 per cent after illness onset.

Interpreting the findings, the authors of the paper wrote: "In this ongoing prospective study that includes systematic and daily follow-up, transmission of SARS-CoV-2 among household members was common, and secondary infection rates were higher than have been previously reported."

"Substantial transmission occurred whether the index patient was an adult or a child," they added.

Another important finding of the study was that fewer than half of household members with confirmed infections reported symptoms at the time infection was first detected, and many reported no symptoms throughout seven days of follow-up.

This underscores the potential for transmission for asymptomatic secondary contacts.

Other studies carried out abroad have at times found lower household infection rates.

The CDC said this might be because those studies didn't have enough follow-up, or because those patients isolated in facilities outside their houses or applied more stringent mask use.

It recommended that people who think they might have COVID-19 should isolate themselves from others in their household, including sleeping separately and using a separate bathroom if possible, and wear a mask.

People exposed should not delay isolating until their infection is confirmed by a test.

An important limitation of the study was that determining who the index patient was can be challenging.

When the calculations were changed to exclude 54 household members who had positive tests in specimens taken at enrollment, but whose results took some time to be confirmed, the overall secondary infection rate fell to 35 per cent.

However, it's still thought more likely that the person who first developed symptoms is the index patient.