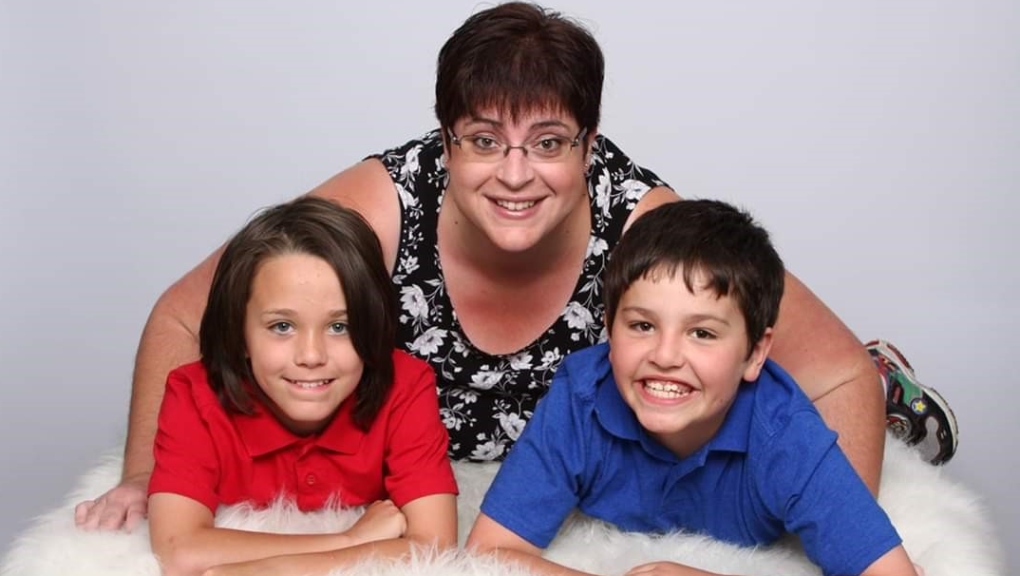 TORONTO -- Monique Berniquer lays out what a typical morning used to look like for her 11-year-old adopted twin son, Richard, who she describes as a high-functioning child living with Autism Spectrum Disorder (ASD). “He gets up, he watches YouTube for half an hour, gets dressed, eats breakfast, brushes his teeth, packs up his school bag for the day, watches another bit of YouTube before the bus comes to pick him up just before 8 a.m. Then he’s out the door, and home by 2:45 p.m.”

Of course, that routine has changed significantly since the conoravirus pandemic prompted the widespread closures and self-isolation measures that have uprooted the daily routines that are so important for children who, like Richard, are living with autism.

Berniquer, whose other son, Jayden, has Attention Deficit Hyperactivity Disorder (ADHD), says she has her hands full now that the boys are at home. She says it’s been a huge learning curve trying to meet their needs, including learning social and behavioural skills.

“We’re taking it day-by-day,” Berniquer told CTVNews.ca by phone from her home in Cornwall, Ontario. “It’s hard to prepare when you don’t know. I’m a little bit scared that he’s not going to get everything he needs to move on. He’s not socializing, he’s not playing with his friends. I’m scared that he’s going to lose all of that,” she added. 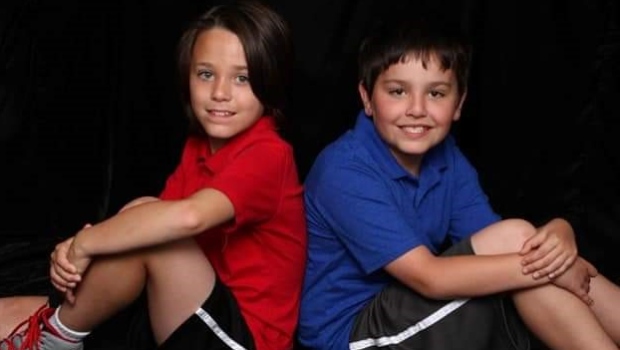 Those are concerns that Dominique Payment has been hearing a lot of lately. As a family support representative for Autism Canada, a national organization that has been helping spread awareness about ASD in the country since 1976, Payment works to help connect children and adults with autism to the right support services and resources.

Payment says the increase in flow and frequency of questions coming into her office from parents across the country since the pandemic began “has been significant.”

“On a typical day, we’ll get an average of maybe a dozen to 20 calls and emails a day,” Payment told CTVNews.ca in a telephone interview. “Now, it’s upwards of 60 to 65 requests a day.”

According to 2015 data from the government of Canada, it is estimated that one-in-66 Canadian children and youth aged five to 17 have been diagnosed with ASD.

Payment says the calls vary in nature, ranging from questions from parents asking how they can integrate school learning into their child’s day, to families looking for help in diagnosing a child they suspect might be on the spectrum.

She said she hears the heightened anxiety and concern in calls with parents who she says are trying their best to manage “these unpredictable times.”

As a parent of two sons, aged 14 and seven, who are both on the autism spectrum, Payment knows the struggle personally and says she really feels for parents like Berniquer.

“So many families want to do what is best for their child and the concerns are that they feel they are not doing enough. It’s such a difficult time for these families and we understand. Often they need to hear that they are, in fact, doing an amazing job,” Payment said.

Another big challenge for parents and primary caregivers in the autism community is that they are now shouldering additional tasks normally handled by a teacher, a speech therapist, a physiotherapist or any other role or service that contributed to their child’s wellbeing.

Payment says Autism Canada is doing its best to connect families with the right services in their community, and have ramped up offerings and access to online support tools and resources.

ROUTINE AND STRUCTURE ARE KEY

While Berniquer has been able to easily connect with Richard’s teacher for extra support, the bulk of the learning has fallen on her. And as the only parent in her household, she says it’s been a challenge, especially when Richard gets aggravated or has a meltdown. “He’s adapted well. I’ve put a schedule together, but it’s not been easy for him. We’re trying to follow it as best we can. Every day is different,” Berniquer said.

Implementing a daily schedule is just one of the ways Cynthia Waugh, an instructor at the Ontario Institute for Studies in Education at the University of Toronto, says parents with children on the spectrum can add a level of much-needed routine and structure to their kids’ day.

“Children are going to do better if they have a list of things to do. Evidence-based practices show that using visual info and high levels of structure are very effective with children,” Waugh said in a phone call with CTVNews.ca from Whitby, Ontario.

Waugh says it’s just as important for parents to keep their kids engaged socially as much as they can. She suggests making phone calls or using video chat apps so children can connect with friends, classmates or family members. For non-verbal children or those who have trouble communicating, Waugh recommends board games, card games, or any other kind of activity that can keep kids engaged on a regular basis.

She points to a short list of priorities that parents and caregivers of children with autism need to keep in mind as they navigate self-isolation amid the pandemic. Waugh says the number one thing for parents is to take care of themselves. Secondly, she suggests parents stay away from free-for-all scenarios and opt to create as much structure and routine daily for their child, and to try and stick to that schedule as much as possible. A third priority is socializing and giving the child daily opportunities to engage with others and practice social skills. And last but not least, Waugh says making time for homework and finding academic skills they can work on is important. 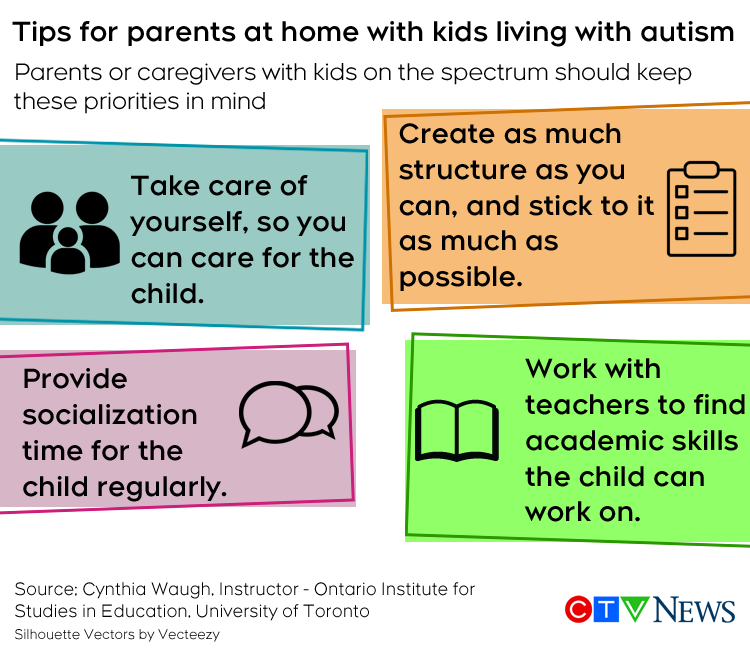 Newsletter sign-up: Get The COVID-19 Brief sent to your inbox

A phone call is now the only way James Bell is able to keep in touch with his 23-year-old daughter with autism, Emily. She lives at the St. Joseph's West Fifth Campus, a regional facility specializing in mental health services in Hamilton, Ontario.

After Bell’s wife died suddenly in February 2019, he could no longer take care of Emily on his own, whose physical attacks and outbursts were getting increasingly violent as she got older. He says it was many more months of hospital visits, multiple medications, attacks on hospital staff and failed stays at various halfway homes before Emily found stability at the West Fifth facility.

Bell says the phone calls he’s been having with Emily about the pandemic have been tough. “I believe she understands what’s going on, to a degree. But I don’t really know. It’s hard to tell,” Bell said in a phone interview from his home in Hamilton, Ontario. “She’ll say she understands it, she’ll acknowledge it, but does she?” 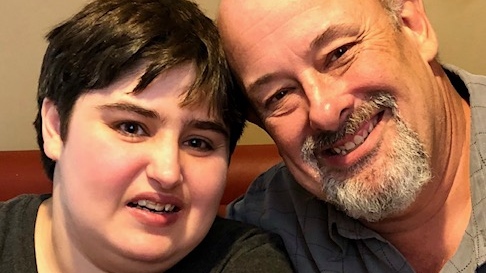 For now, Bell says he can manage with the limited contact he’s having with Emily, but he admits he is worried about her future. Emily was set to be interviewed for a placement at a long-term home in nearby Waterdown, Ont., but the COVID-19 outbreak has put that process on hold.

Berniquer has similar worries for her son as she stares down a summer full of uncertainty. She’s concerned that Richard won’t be able to access the usual hubs, including now-shuttered parks, summer camps and outdoor swimming pools, that she relies on so heavily to keep him active and busy.

“Hopefully, we find out soon. If these things won’t be available, it makes me really sad.” 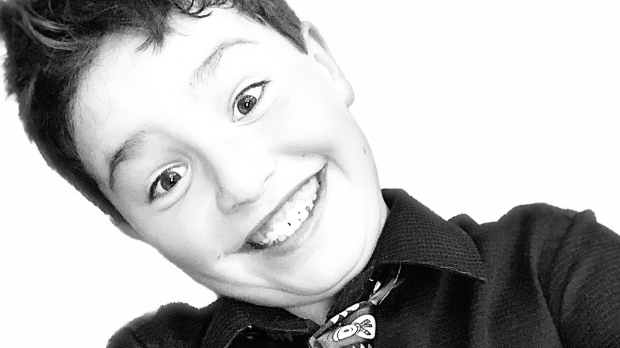 Every time Payment answers a phone call or email from a parent, she says the first question she asks is how they are doing and if they’re taking care of themselves. She understands every family is different, but maintains the priority to do whatever it takes to “recharge the batteries” needs to be front-and-centre. “Take a walk alone, connect with your friends, take a hot bath or shower. Whatever it is that will help clear the mind and get your mind away from your day-to-day struggles,” Payment said.

Waugh calls the parents taking care of children living with autism “warriors,” but she stresses that moms and dads being able to stay calm while dealing with their kids is key. “I feel very strongly that during this time, their (parents) own mental health and well being is so important. Research has shown that behaviours of children are tied to the mental health of the parent. The kids will pick up on it,” she added.

For Berniquer, the biggest lesson she’s learned has been one in acceptance. “I have learned to let a lot of things slide. Things are not going to run the same at home as they do at school. I’m not an expert. I’m a mom who happens to have a child with autism. It’s a learning curve for me, too,” she said.