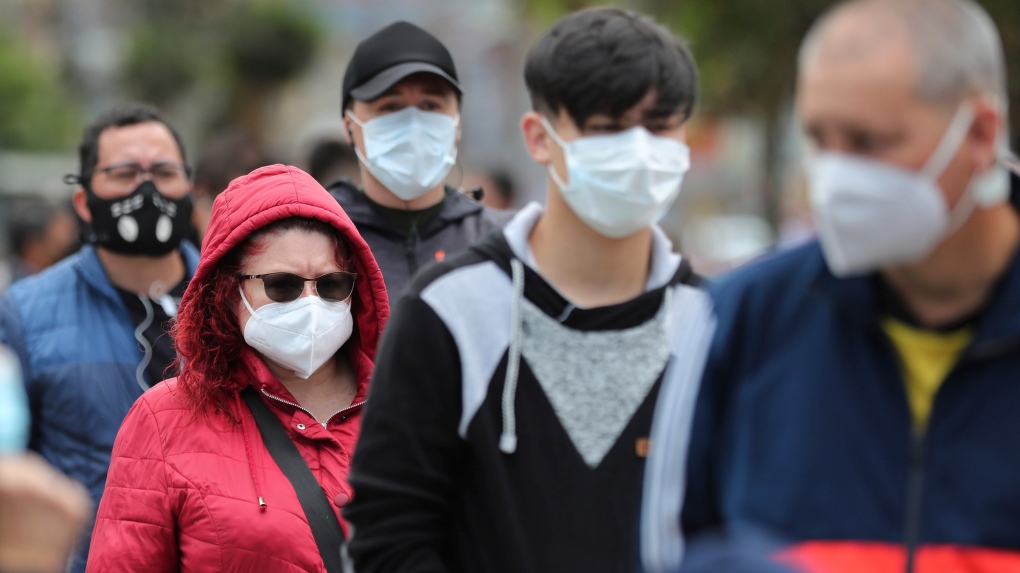 BOGOTA, COLOMBIA -- Colombia reached 1 million confirmed coronavirus cases on Saturday, becoming the second country in Latin America to report that number in less than a week.

The nation of 50 million saw cases peak in August and has seen a decline since but still continues to register around 8,000 new infections a day.

Argentina hit 1 million cases on Monday and Peru and Mexico are expected to reach the grim marker in the weeks ahead. Brazil ranks third worldwide in the number of virus cases and passed 1 million confirmed infections back in June.

Experts say the region is experiencing a table-top like effect in which cases remain relatively high instead of dramatically dropping.