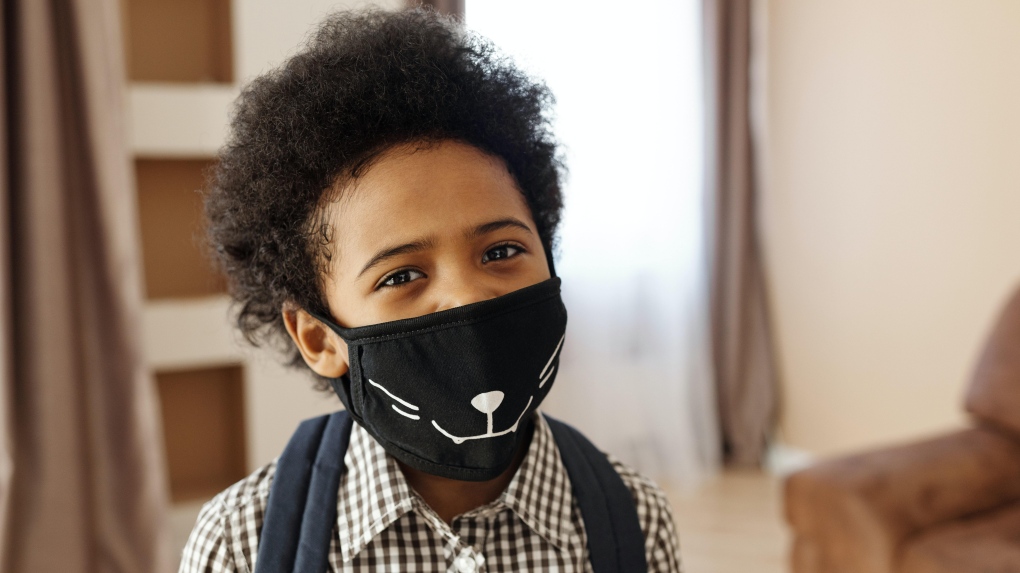 TORONTO -- A small new study out of Italy found that children as young as four months old did not experience any respiratory change as a result of wearing a surgical mask, raising questions about mask advice for young children.

The study, published Tuesday in JAMA Network Open, looked at 47 children between the ages of four months and 12 years, and measured their breathing while wearing surgical masks during normal play activities and light exercise.

“These findings may help promote the use of surgical masks among children, especially in view of the reopening of schools,” the study stated.

While governments and health officials recommend the wearing of face masks for almost everyone as an essential step in fighting the spread of COVID-19, there’s one population exempt from this: infants and very young children.

In Canada, “children under the age of 2 should not wear masks,” according to the government’s website.

“Between the ages of 2 and 5, children may be able to wear a mask if supervised,” the guidelines state. “This will depend on their ability to tolerate it as well as put it on and take it off.”

Because children are statistically less affected by COVID-19 — in general, they catch it less often, and are less likely to have serious outcomes if they do fall ill — the question of young children in masks hasn’t been raised very often during the pandemic.

But increasing evidence has shown that children with asymptomatic cases of COVID-19 can spread the virus to those around them, and that even if children don’t seem ill, they can still be carrying high levels of the virus.

This new study out of Italy aimed to find out if there was scientific evidence that wearing masks is detrimental for very young children.

“The evidence for adverse outcomes associated with face mask use among children is poor, and the benefits of preventing individuals without symptoms or with mild symptoms from spreading the infection is obvious,” the study stated.

Between May 2020 and June 2020, researchers looked at a small cohort of children, splitting them into two groups: Group A, which had children less than two years old, and Group B, which was children between two and 12 years of age.

Two days before a child was assessed, researchers sent parents home with single-use surgical masks to get their children accustomed to wearing them in short intervals at home.

The actual test involved 30 minutes of not wearing a mask, in order for researchers to assess a child’s breathing without the mask, and then 30 minutes wearing one.

“In both sessions, the children were encouraged to engage in their usual play activity,” the study stated.

The older children in Group B were also tested with a walking exercise, pacing for 12 minutes in a corridor while wearing the mask, as this was closer to replicating their regular play.

The children were connected to machines monitoring their responses, and an observing doctor took note of their breaths per minute.

None of the children showed any signs of struggling to breathe while wearing a mask. The amount of carbon dioxide exhaled didn’t vary in any significant ways either.

“This cohort study found that use of surgical masks among children was not associated with episodes of oxygen desaturation or the development of clinical signs of respiratory distress,” the study stated.

The study was a very small group of children, and they only wore the masks for 30 minutes, so further research is needed. But the results suggest that younger children may be able to wear masks in situations where adults would be required to without any detriment to the child in question.

Researchers noted that they did have two children below two years of age drop out of the study because they did not want to wear the masks. These were the first two children to be tested, and after doctors allowed the parents of each child to train them in how to use a mask instead of doctors, no one else dropped out, perhaps underlining the importance of trusted adults setting an example for children.