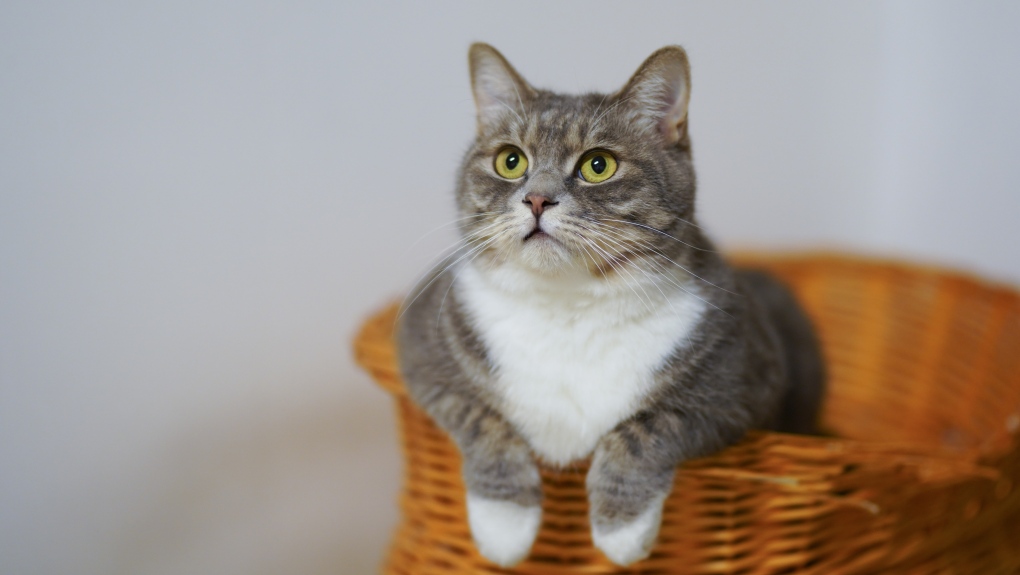 A cat in seen in this file image. New research from Spain suggests that cats are able to develop their own antibodies that effectively neutralize COVID-19.

TORONTO -- Two cats from Spain are offering new insights into how felines respond to COVID-19, with scientists saying the animals appeared to have a robust immune response to the virus that protected them from developing symptoms.

Many common pets, including cats, dogs, hamsters and ferrets, are capable of catching COVID-19, although cases remain rare. What’s less clear is how animals respond to the virus and if they’re able to pass it along to humans.

New research from Spain on two cats that caught the virus suggests felines are able to develop their own antibodies that effectively neutralize COVID-19.

After being brought to an animal hospital, Negrito was diagnosed with hypertrophic cardiomyopathy, a condition not related to the cat’s COVID-19 infection. The cat was euthanized, and a necropsy confirmed that the animal had no other lesions or symptoms compatible with a coronavirus infection.

More significantly, scientists determined through testing that Negrito had a very low viral load. Serological tests were then performed on Negrito and another house cat, Whisky, that lived in the same home.

Researchers found that both cats had naturally developed antibodies against the virus.

"In both cases we have detected neutralizing antibodies, in other words, they have the ability to bind to the virus and block it,” Julià Blanco, a researcher with the AIDS Research Institute which carried out the testing, said in a statement.

“This is important because it shows us that the immune system of cats can deal with SARS-CoV-2 and, in these specific cases, protect them from developing symptoms.”

Researchers believe that both cats were infected by their owners, a process known as “reverse zoonosis.” Both animals had no contact with other cats, and researchers analyzed Negrito’s genetic sequence and found that it had a 99.9 per cent similarity to the virus one of its owners had. The owner died of the virus.

More than 31 million people have tested positive for COVID-19 globally, but known cases among animals remain uncommon. The Spanish researchers note that pets play a “negligible role” in the spread of the virus.

The team has since launched a larger study to analyze whether the significant immune responses of Negrito and Whisky can be found in other animals.

Earlier this month, researchers from China studied a group of 102 cats in Wuhan, where the outbreak began, and found that 15 cats tested positive for COVID-19 antibodies.

None of the cats tested positive for COVID-19, had symptoms, or died from the virus, but researchers warned that the immune response was closer to the reaction to a seasonal virus, as opposed to a more long-lasting immunity, indicating that the cats could be at risk of reinfection.

Canadian health authorities have released a chart detailing which animals are known to contract COVID-19 and if they can spread the virus to humans or other members of the same species.

While cats can be infected and spread the disease to other animals, dogs only contract the virus rarely and are not known to transmit it to other dogs, officials say. Neither species is known to pass the virus to humans.

The only animal that may be able to pass the virus to humans, Canadian health officials say, is mink. That’s because of outbreaks among workers at mink farms in Europe, where researchers say it’s possible that the virus spread from the animals to humans.

Anyone with COVID-19 symptoms or who is self-isolating is advised to avoid close contact with pets, including snuggling, kissing or sharing a bed. If you don’t have symptoms, health officials say walking your dog or spending time with your pet can be a great way to stay healthy.

With files from CTVNews.ca's Alexandra Jones​ 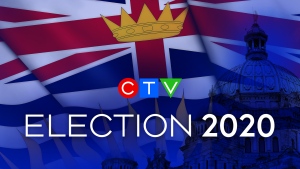