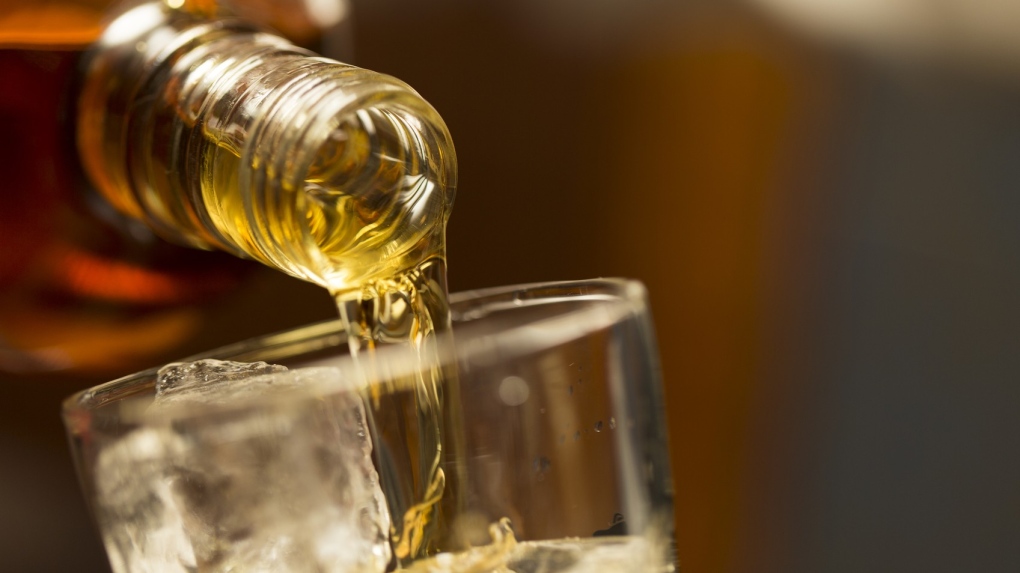 Alcohol is seen in this file photo. (Jonathan Austin Daniels/istockphoto.com)

When Alcoholics Anonymous groups started cancelling meetings across Canada and the United States amid the COVID-19 outbreak, some of the organization's Toronto members turned to their cell phones.

What started weeks ago as a group chat to let people know which AA meetings were closing soon turned into discussions on how to set up online versions of the support network.

"I posted a couple weeks ago in our WhatsApp group saying I would host (a Zoom meeting) at our usual time, and it's kind of exploded since," an Ontario woman who asked to remain anonymous said in a phone interview with The Canadian Press. "Now the WhatsApp group has hundreds of people in it and basically every Toronto meeting is online.

"There are Google Docs being circulated with all the meeting ID's, people are sharing links to meetings happening in L.A. and New York and in other parts of the country. So it's pretty crazy."

The woman, a Toronto resident in her 30s, has been sober for four and a half years. She attended her first AA meeting in 2014 after opening up to a coworker about her struggles with alcohol.

While self-isolation and social distancing can hit those with addiction problems hard, the woman said she's doing well. Speaking to her sponsor by phone almost daily, and participating in multiple online meetings per week has been helpful.

"You can join a meeting anywhere as long as you have the code, so it's accessible for people who maybe I met a few years ago but don't live in the city anymore," she said. "I'm getting to see people who I haven't seen in a long time and it's honestly allowing me to (connect) with more members, which is something I didn't expect."

Dr. Nancy Hurst, a psychologist in Edmonton, said maintaining connection will be key for those suffering with addiction throughout the duration of the pandemic.

She said social distancing and self-isolation can lead some to "fall into a negative mindset and into destructive patterns."

"For some people that might be eating too much, for some it might be depression, and for others it might be drinking or other kinds of unhealthy addictions," Hurst added.

Hurst called the online AA meetings "absolutely essential," and said she would encourage those who need help to find a support group "that fits for them."

"You can still connect with people, right? It's not ideal, it's not the same, but it's still a support group," Hurst said. "It's people who are struggling with similar issues."

Jeff Sturgeon, a social worker/therapist in Calgary, prefers to use the term "physical distancing" rather than social distancing to remove connotations of loneliness.

Sturgeon, like Hurst and others in his field across the country, has adapted his own practises to online or telephone sessions in the wake of the coronavirus spread.

But Sturgeon said therapists also have to adapt their strategies to fit the times.

"Clients are saying that the isolation is making their struggles harder, and think about all the coping we teach -- it's all about getting out of your house, being busy and being physically active," Sturgeon said. "All those things are gone, at this point, to a great degree.

"So the focus now is on how can we encourage connection?"

Sturgeon said that while family and friends will become increasingly important for those with addiction, people need to be creative with how they connect -- having dinner over the phone, playing cards together digitally -- and making a routine of it.

"Just reminding them that you're there all the time," Sturgeon said. "So video chatting with them, but not just to check in. ... We have to create normalcy in our new normal."

Annina Schmid, an addictions/feminist counsellor in Toronto, says there's no blanket description for how self-isolation can affect those with addiction problems.

A lot, she said, will depend on where a person is in their recovery. For some, the social pressures to drink will be eased by not being able to go to a bar. But in severe substance-abuse cases, withdrawal symptoms are possible.

Schmid added that domestic violence rates can also increase during this time.

"The concerns are so many," Schmid said. "Most of the therapists and counsellors that I know though, we all keep working, we're an essential profession.

"Of course, you run into the problem where that's only beneficial for those who can afford it or have coverage. ... And there's definitely plenty of resources for AA and NA meetings online, but I think that the change in routine can be really difficult for people."

Schmid sees other potential negatives to online AA meetings, including a lack of privacy for people self-isolating in a full house. Still, she said, it's better than not getting help when needed.

"I think that right now the drawbacks are actually not that bad comparatively," Schmid said. "In terms of the connection ... it's not less effective than meeting in person."

The Toronto woman who helped set up one of the first Zoom meetings in the city is aware of those challenges. But she hopes newcomers to AA will think about joining their online sessions.

"It is a little bit harder to connect when you're not face to face. So that's been the biggest concern," she said.

"But we're really just trying to make it as accessible as possible to people in early recovery. They're the most vulnerable group right now."