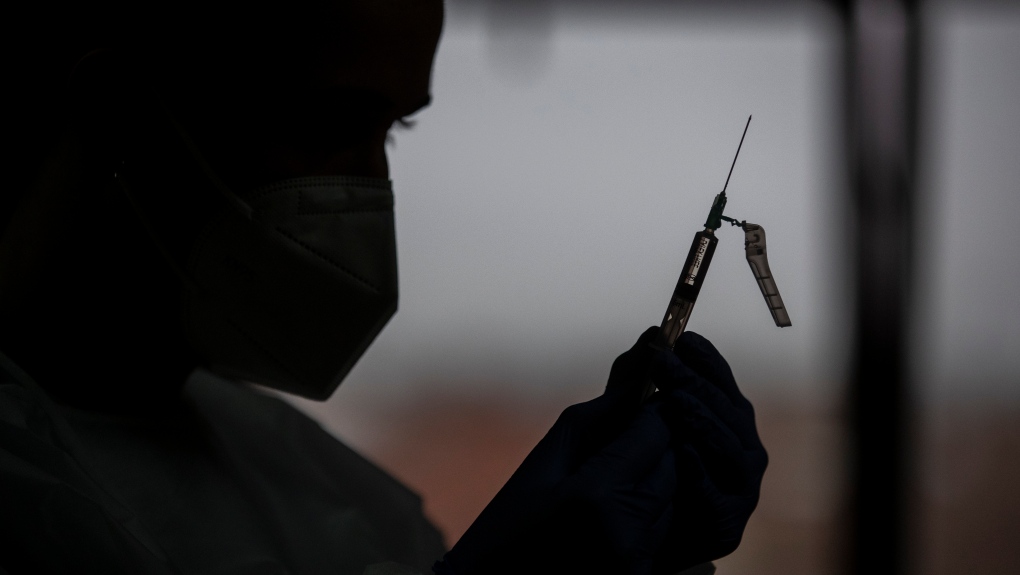 OTTAWA -- Pfizer and BioNTech will cut back on how many vials of COVID-19 vaccine they send Canada this year if the federal health regulator agrees to change the vaccine label to say every vial contains six doses instead of five.

Medical professionals in the United States were first to discover in December that they could get six doses from each vial by using special syringes that trap less vaccine around the needle after an injection.

Initially heralded as a way to stretch the precious vaccine even further, the company stepped in to note its contracts are for doses, not vials: If a recipient can get six doses instead of five, then Pfizer and BioNTech can ship fewer vials and still fulfil their contractual obligation.

Pfizer pushed the U.S. and Europe to change the label information on the number doses per vial and both did in early January. On Friday, Pfizer asked Canada to follow suit, and Health Canada's vaccine regulatory team is now considering the request.

Health Canada spokesman Eric Morrissette said the department's experts advised last month that where a sixth dose can be obtained from a single vial, it can be used. He said a decision on the request to formally change the label will be made "in due course."

"Canadians can be confident that we will still receive all of the vaccine doses purchased by the government of Canada," said Morrissette.

He noted the vaccine remains unchanged as does the amount of vaccine filled in each vial.

"Vaccine vials are required to include a certain amount of overfill to ensure that the appropriate number of doses can be withdrawn, and Health Canada had acknowledged that an extra dose could sometimes be extracted from vials," said Morrissette.

If Canada agrees to the label change, Canada's 40 million doses of Pfizer-BioNTech's vaccine will be shipped in about 6.7 million vials. Antoniou said if Canada does not, then the existing deliveries will continue based on five doses per vial, for a total of eight million vials.

"We will supply to Canada in line with our supply agreement and the label valid in the country," she said.

There has been some success at extracting extra doses in Canada so far. Saskatchewan reports receiving 22,425 doses of Pfizer's and 10,300 doses of Moderna's vaccine, for a total of 32,725. But it has injected 34,080 doses. The government attributed that to being able to get more doses out each vial than expected.

But European health officials have complained that a shortage of the special syringes needed is making it hard to get six doses out of each vial.

Some jurisdictions have found they can only reliably get five doses out of a vial, leaving them short after their shipments of vials have been reduced. Belgium cancelled some vaccination appointments as a result. Sweden has paused payments to Pfizer, saying it isn't sure how many doses it should be paying for.

If Canada agrees to the change but can't get the six doses out of every single vial, its goal to vaccinate 20 million people with Pfizer's 40 million doses will be impossible to meet.

Morrissette said the extra dose requires the use of a low-dead volume syringe, that eaves less room for vaccine to get trapped in the needle and syringe after the plunger is pushed in all the way.

Those syringes are not as common as the three- and five-millilitre syringes mostly used in Canada's vaccine campaign now, and the smaller ones have become the latest hot commodity of COVID-19.

Public Services and Procurement Canada tendered contracts last year for 145 million syringes, 95 million of which are of the three- or five-millilitre varieties.

This report by The Canadian Press was first published Jan. 27, 2021.

With files from Stephanie Taylor in Regina

An earlier version said the government had ordered 87 million one-millilitre and low-dead-volume syringes.