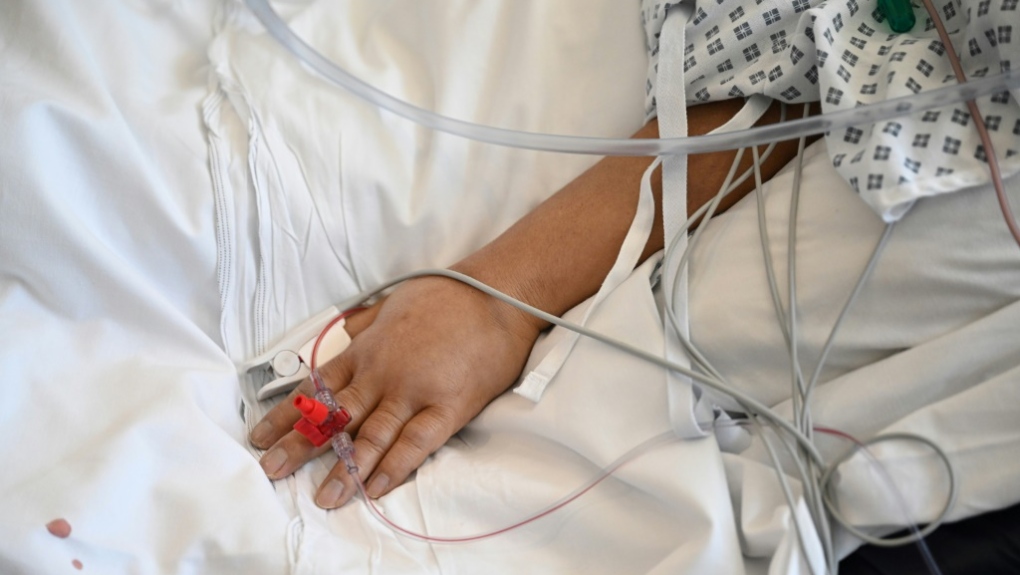 The Britain-based RECOVERY research program investigating COVID-19 treatments said their study could have a significant effect on hospital survival rates during the pandemic. (AFP)

PARIS, FRANCE -- The arthritis drug tocilizumab reduces the risk of critically ill patients dying of COVID-19, according to results of a study on Thursday which experts welcomed as an "exciting" development.

The Britain-based RECOVERY research programme investigating COVID-19 treatments said their findings could have a significant effect on hospital survival rates during the pandemic.

The study included more than 2,000 patients who received the drug intravenously compared with nearly 3,000 who were given normal care alone, such as oxygen support and ventilation.

More than 80 per cent of all the patients were also receiving steroid treatments such as dexamethasone, which had been shown in earlier trials to lower the risk of death.

"So that's a reduction in the risk of death of around about a sixth or a seventh," said Martin Landray, Professor of Medicine and Epidemiology at Oxford University's Nuffield Department of Population Health.

"Mortality is important, but there are other things that matter, too, like the chance of getting out of hospital early," Landray told reporters.

Data showed that treating patients requiring oxygen and suffering from significant inflammation with tocilizumab and dexamethasone reduced mortality by around one third.

Patients on ventilators were found to have a roughly 50 percent lower risk of death when treated with the drug duo.

And, of those patients not on invasive ventilation when entering the trial, tocilizumab was shown to reduce the chance of them progressing to need a ventilator from 38 per cent to 33 per cent.

"There was very strong evidence that by giving them tocilizumab, we could increase the chance of somebody being discharged alive, within the first month," said Landray.

"This is great news," he said.

"We know approximately 4,000 critically ill patients have already been treated with tocilizumab in the UK.

"Now even more patients will benefit from this treatment," added Gordon, who was not involved in the research.

The pandemic has seen a global race to identify effective treatments for serious cases that don't risk other adverse outcomes in patients.

Despite dozens of trials using a host of existing medicines, until Thursday the only drug that had showed significant efficacy in treating COVID-19 was dexamethasone.

"After dexamethasone, this is the most significant advance in the treatment of COVID that has an impact in reducing deaths," said Athimalaipet Ramanan, professor of Paediatric Rheumatology at the University of Bristol.

Landray said that compared with the first pandemic wave, where there were no proven COVID-19 treatments for hospitalised patients, both tocilizumab and dexamethasone offered some hope.

"We can now reduce the risk of death from anything from one third to up to a half, depending on the patient," he said.

"That's good for patients, and good for the health service both here in the UK and internationally."