Arizona man in a coma from coronavirus wakes up paralyzed 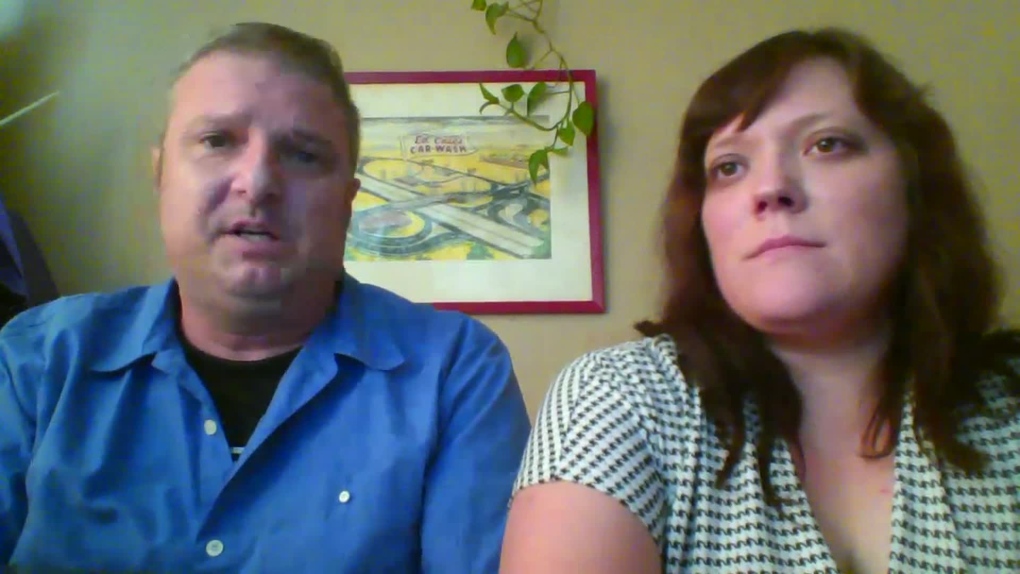 Eddie Case and his wife, Anne Costa Case, were sick. But they said they had a hard time accessing a coronavirus test because they had not travelled and did not know anyone who had tested positive. (CNN via Cisco Webex)

For Eddie Case, recovering from COVID-19 comes with hard work and uncertainty.

The virus sent him into a medically induced coma, he told CNN's Anderson Cooper Wednesday. And when he woke up, he was paralyzed.

"I really thought I had been involved in an accident or some sort of mishap," Case said. He has since had to learn how to stand and how to write.

Coronavirus infections and hospitalizations are on the rise across the U.S. With cases nearing 3.5 million in the country, health experts are learning more about the varied ways the virus manifests and the harrowing impacts that can remain during recovery.

Case has undergone intensive therapy in hopes of regaining the mobility he lost from his muscles atrophying. Doctors told him only time will tell what his recovery will look like, he said. But had his wife not pressed for his healthcare, he might not have recovered at all, he said.

Both Case and his wife, Anne Costa Case, were sick. But they said they had a hard time accessing a test because they had not travelled and did not know anyone who had tested positive.

Case might have stopped there, but when his symptoms progressed, they went to the hospital.

"When he started reporting the shortness of breath, we decided that's it, we need to go to the ER," Anne Costa Case said.

He was transferred to a different hospital, put on a ventilator and then put in a medically induced coma for 20 days, he said. Costa Case could not be there with him for all that time, but she asked the nurses to play his favorite jazz music for him.

By the time he woke up and she saw him again, he had lost so much weight he was barely recognizable, she said.

"It was probably the most emotional day of my life. Not being able to see him for almost five weeks, and there he was. And I just kept staring at him because he looked like a different person," she said.