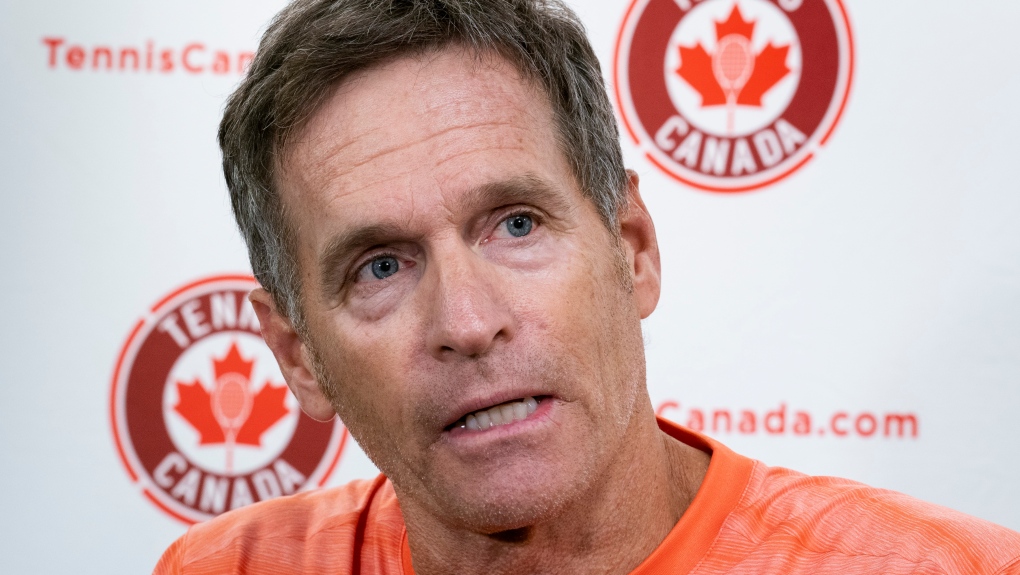 Sylvain Bruneau, coach of Canadian tennis star Bianca Andreescu, responds to a question during a news conference in Montreal on Tuesday, September 10, 2019. THE CANADIAN PRESS/Paul Chiasson

EDMONTON -- Bianca Andreescu’s coach, Sylvain Bruneau, has tested positive for COVID-19, one of three confirmed cases that have forced 47 Australian Open players into quarantine ahead of the tournament.

The three positive cases, including Bruneau, were detected among charter flights carrying players, coaches and officials to the Australian city before Saturday’s tournament.

Despite following all of the safety protocols, including receiving a negative test result within 72 hours before his flight, Bruneau said he tested positive shortly after arriving in Melbourne.

“I am deeply sorry to share that I have just tested positive for COVID-19 upon arrival here in Melbourne, after travelling from Abu Dubai on flight EY8004,” Bruneau said in a statement issued Saturday, noting he felt fine when he boarded the plane.

“I also respected and followed all COVID protocols and guidelines while in the Middle East. I have no idea how I might have contracted this virus.”

Andreescu has yet to comment on her coach’s diagnosis but has tested negative for the virus.

Three coronavirus cases have now been detected among flights carrying tennis players, coaches and officials ahead of the Australian Open.

A total of 47 players from two affected flights – one arriving from Los Angeles and Abu Dhabi – are now in a strictly enforced 14-day quarantine without the ability to leave their hotel rooms, even to practice.

Australian Open tournament director Craig Tiley issued a statement saying the 24 players who were on the flight from Los Angeles would not be able to leave their hotels rooms for 14 days and until they are medically cleared.

"We are communicating with everyone on this flight, and particularly the playing group whose conditions have now changed, to ensure their needs are being catered to as much as possible, and that they are fully appraised of the situation," Tiley said.

“I am extremely saddened and sorry for the consequences now on everyone’s shoulders sharing my flight,” he said. “The rest of my team is negative and I sincerely hope that any further disruption is kept to a minimum.”

The Australian Open is scheduled to start Feb. 8.