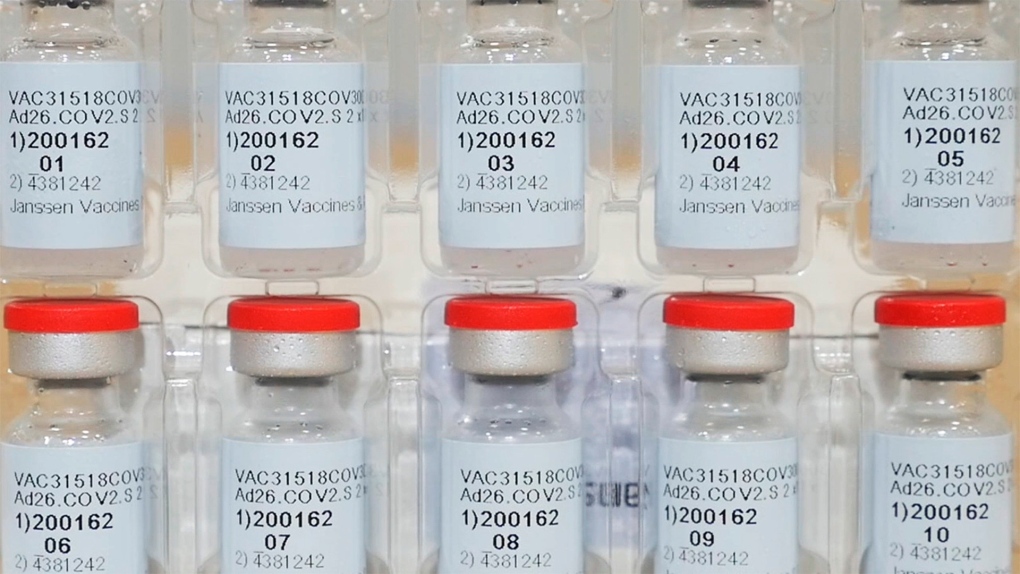 This Dec. 2, 2020 photo provided by Johnson & Johnson shows vials of the Janssen COVID-19 vaccine in the United States. Johnson & Johnson‚Äôs single-dose vaccine protects against COVID-19, according to an analysis by U.S. regulators Wednesday, Feb. 24, 2021, that sets the stage for a final decision on a new and easier-to-use shot to help tame the pandemic. The Food and Drug Administration‚Äôs scientists confirmed that overall, it's about 66% effective and also said J&J's shot, one that could help speed vaccinations by requiring just one dose instead of two, is safe to use. (Johnson & Johnson via AP)

Europe's medicines regulator said on Friday it had approved the production of Johnson & Johnson's single-dose COVID-19 vaccine at an additional site in Italy, as it looks to speed up the supply of the shot in the European Union.

The approval came after the EU said J&J was expected to miss its EU supply target for the second quarter after millions of doses were banned for use in Europe over safety concerns following a contamination incident at a U.S. site.

The Italian site, located in Anagni and operated by U.S.-based Catalent, will help with vial filling and packaging of the vaccine developed by J&J, the European Medicines Agency (EMA) said.

EU governments have been asking Johnson & Johnson at least since January to use the Italian plant for bottling J&J vaccines produced in Europe, EU internal documents show.

But the application for the approval of the Italian plant was submitted only last week, on June 18, the EMA told Reuters.

Under the EU's supply contract J&J had agreed to carry out so-called fill & finish at its sites in the United States at least for the first months of its rollout, even if that meant a double transatlantic transfer for shots produced in Europe.

Johnson & Johnson has a vaccine factory in Leiden, in the Netherlands, operated by its unit Janssen.

A spokesman for the European Commission said the EU executive welcomed the approval of the Italian factory as it could help speed up production and vaccinations. But it declined to comment on the timing of the application.

J&J has committed to delivering 200 million doses to the bloc this year, of which 55 million were expected by the end of June, but has so far shipped less than 15 million vaccines to the bloc.

The U.S. company is also forecast to deliver only 7 million doses in July to the EU, an EU Commission's document shared on Thursday with EU leaders showed.

It is not clear how many doses the J&J factory in Leiden is producing. The company has repeatedly declined to answer questions about whether there may be production problems there.

The EMA said on Friday its recommendation to allow production at the Italian site did not need formal approval from the European Commission and the facility can become operational immediately.

Catalent said it was "prepared to deliver large scale commercial volumes from the site as soon as is practicable."

Catalent and J&J in March https://www.catalent.com/catalent-news/catalent-expands-partnership-with-johnson-johnson-to-significantly-increase-capacity-for-sterile-manufacturing-and-packaging-of-covid-19-vaccine-in-italy expanded their partnership to start production in Anagni by the end of this year, and help support production of the vaccine through late 2022 by reserving an additional vial-filling line at the site.