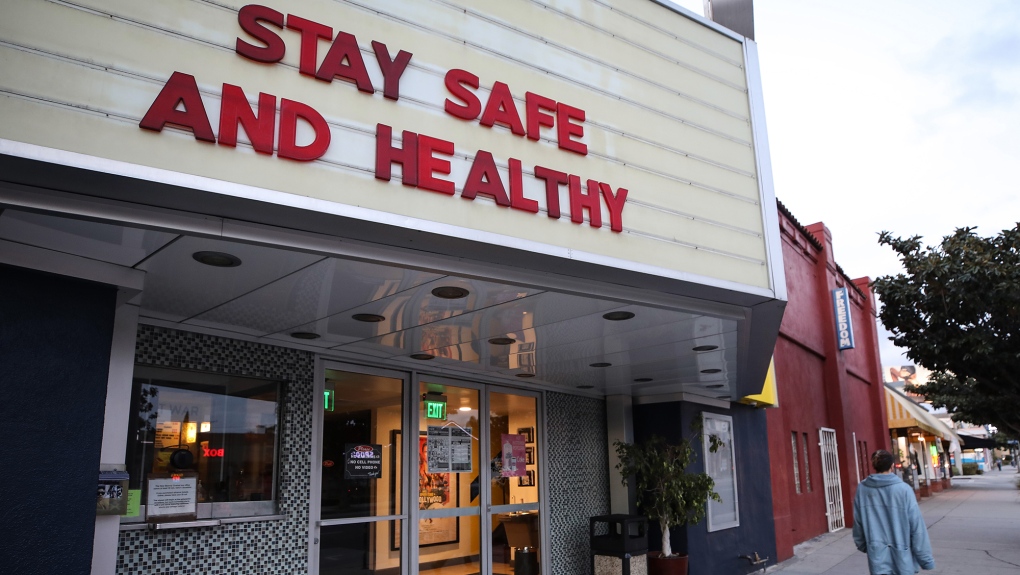 On Thursday night, California Gov. Gavin Newsom ordered the state's nearly 40 million residents to stay at home. The order -- the first of its kind to address an entire state -- will last until 'further notice,' the governor's office said. (Mario Tama/Getty Images)

Nearly 30 U.S. states are reporting downward trends in COVID-19 cases, but the pandemic will likely worsen again, according to the country's leading infectious disease expert.

"We need to hunker down and get through this fall and winter because it's not going to be easy," Dr. Anthony Fauci said Thursday.

The warning isn't new: experts -- including the U.S. Centers for Disease Control and Prevention director -- have for long warned the months ahead will be challenging. It doesn't help that the US continues to see about 36,000 new cases each day -- which is better than where we were in August, but still too high, according to Fauci.

There's a lot that could potentially help drive COVID-19 numbers up as the fall season arrives. Colleges nationwide have become hotspots for the virus weeks after reopening. And when students return back home -- which health officials have urged against -- they could transmit the disease to more communities.

As the weather gets colder, the activities Americans enjoy will likely move indoors, where the virus can spread more easily.

The pandemic will also soon be stacked on top of flu season, meaning doctors will have a harder time differentiating patients who may have COVID-19 from those who have been infected with the flu. The strains on the healthcare system will make for one of the "most difficult times that we experienced in American public health," CDC Director Dr. Robert Redfield has said.

WHERE WE STAND NOW

There are now more than 6.3 million reported infections in the US since the start of the pandemic and at least 191,789 have died, according to data from Johns Hopkins University.

And those are just the cases that have been recorded -- the actual number of infections could be far greater. Many may have had Covid-19 without knowing, as the CDC projects about 40% of people who are infected don't show any symptoms.

Others could have been sick but never got the test they needed. A new study says the US greatly undercounted Covid-19 cases at the start of the pandemic -- missing 90% of them -- mostly due to a lack in testing.

Across the US, 28 states are reporting downward trends in their cases -- including Florida and California -- compared to the previous week and 14 states are trekking steady.

Experts worry a surge of cases could come weeks after the past weekend's Labor Day celebrations, similarly to how cases began accelerating after the Fourth of July holiday.

"I don't think it'll take much to really bring us back up to 70,000 new cases a day," Dr. Peter Hotez, dean of the National School of Tropical Medicine at Baylor College of Medicine, previously told CNN.

HERE'S WHAT WILL HELP

Things will begin turning around once a vaccine is widely available, Fauci says. But the approval for one is still likely months away, despite the President's claims that a vaccine could be available by Election Day.

Dr. Scott Gottlieb, the former commissioner of the U.S. Food and Drug Administration, told CBS earlier this week the likelihood a vaccine will be widely accessible this year is "extremely low."

Health officials including Fauci have said the vaccine is likely to be available for use by late this year or early next year. In the meantime, the CDC has advised states to begin preparing to distribute the vaccine.

But until the US has a vaccine, there are still ways to help curb the spread of the virus.

Face coverings remain the most powerful tool to fight transmission.

If 95% of Americans wore face masks, more than 120,000 lives could be saved by January 1, experts with the University of Washington's Institute for Health Metrics and Evaluation project.

According to one expert, the country's greatest error in the pandemic was not getting enough Americans to wear masks.

"When you look at countries where the mortality is a fraction of what it is in the United States, the common theme from the very beginning of the pandemic was universal masking," Dr. Jonathan Reiner, CNN medical analyst and professor of medicine at George Washington University, said.

Colleges across the country have made face masks a requirement hoping to keep COVID-19 cases down. But just weeks into the first semester, campuses from all 50 states have reported infections.

The University of Texas at Austin announced this week they have three confirmed clusters on campus which collectively account for about 100 positive cases of the virus. San Diego State University confirmed nearly 400 infections among students earlier this week, several days after announcing a halt on in-person instruction.

And more than 1,300 Arizona State University students have tested positive for the virus since August 1.

Colleges and universities should try to isolate infected students instead of sending them home, Fauci has said.

"You send them back to their community, you will in essence be reseeding with individuals who are capable of transmitting infection, many communities throughout the country," he said earlier this week.

"So it's much, much better to have the capability to put them in a place where they could comfortably recover."