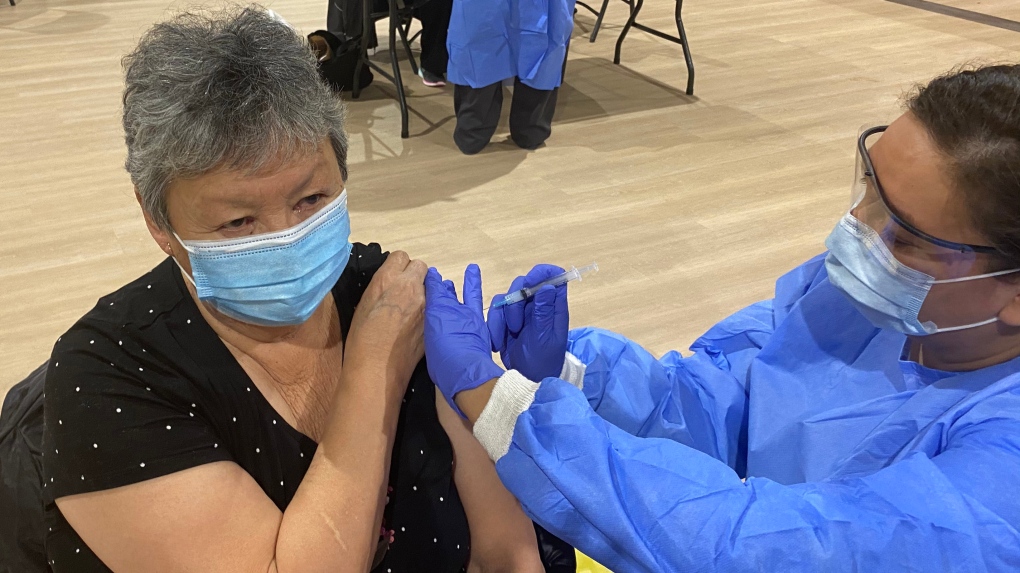 TORONTO -- While COVID-19 numbers continue to climb in Canada, the number of active cases among First Nations communities have reached an all-time high, according to Indigenous Services Canada (ISC).

As of Jan. 19, there were 5,571 active cases reported in Indigenous communities across Canada, according to the latest data from the federal government.

Weekly numbers of newly reported cases have fluctuated between 1,753 cases to 2,046 cases since the beginning of the new year.

“Out of 60 long-term care and related facilities on-reserve, 9 have been affected by COVID-19, in Manitoba, Alberta, Ontario and Quebec with 89 cases among residents and a case fatality of 15 out of 89 or 17 per cent as of January 19, 2021,” according to the report.

In response to the virus, the federal government recently announced an additional $1.2 billion to address the public health crisis in Indigenous communities.

The ISC has also allocated $186.8 million over the next two years to address the needs and gaps in Indigenous long-term care facilities, such as Elder care. Not only are Elders vulnerable, but they also often live in congregate living settings with several other people, adding to the risk factor.

The report says that despite Canada’s current rollout of vaccinations, the rate at which the virus is spreading among communities requires people to remain vigilant in following strict public health protocols.

“While some jurisdictions are experiencing challenges, they are short term and ongoing collaborative planning will ensure readiness when the vaccine arrives into communities, including urban Indigenous communities,” according to the report.

Despite the fact the government’s nationwide vaccination campaign has been slowed by the Pfizer vaccine’s expected delays in production in Belgium, the ISC remains optimistic.

“ISC is encouraged by the vaccine rollout at a number of long-term care facilities” according to the report.

The report said COVID-19 vaccine rollouts have already started in 169 Indigenous communities in all provinces and territories, except Nova Scotia and P.E.I.

"In all three territories, immunization clinics have started, aiming to reach three-quarters of the adult population with two doses of the vaccine by the end of March,” according to the report.