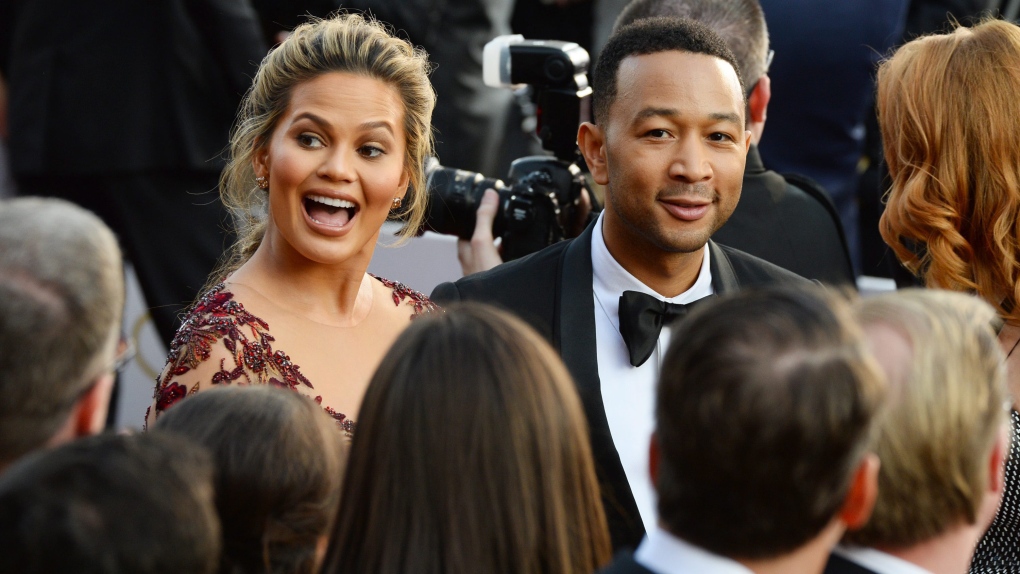 The wife of singer-songwriter John Legend told People Magazine she was excited at the thought of seeing her husband with a little girl, adding that he "deserves that bond" and that "a boy will come along."

Canadian law bans any procedures that "would ensure or increase the probability that an embryo will be of a particular sex, or that would identify the sex of an in vitro embryo," except for preventing, diagnosing or treating sex-linked disorders or diseases, like hemophilia.

Not so in the U.S., and fertility clinics have opened their doors to international patients seeking to predetermine the sex of their babies.

Dr. Jeffrey Steinberg, founder of the Fertility Institutes, said the overwhelming majority of Canadians visiting their clinics opt for sex selection, which costs around US$17,000. The average Canadian couple is in their mid-30s with three kids of the same sex and is looking to "balance their family," he added.

"I think the biggest misconception is that we're making boys or making girls -- and we absolutely are not," said Steinberg, whose clinics operate in New York, Los Angeles and Mexico.

"Couples make their own boys and girls. All we're doing is we're taking a look genetically at what we've made and giving them that information so that they can make their own decisions."

While sex-selection techniques like pairing IVF with embryo testing aren't new, the practice continues to raise questions about the ethics and reasoning behind pursuing such a procedure.

A 2011 joint statement from international agencies including UNICEF and the World Health Organization stated that while sex selection is sometimes used for family balancing, it "far more typically occurs because of a systematic preference for boys."

The statement reinforced the need for protecting the rights of girls and women, and to address the multiple ways in which gender discrimination manifests, "including the problem of imbalanced sex ratios caused by sex selection."

"Some people would say it's the thin edge of the wedge towards designer babies, where it's not whether you want a baby or not: it's what kind of baby you want," said Kerry Bowman, a bioethicist at the University of Toronto.

"That's what many people feel is creeping into this conversation -- and sex is part of that."

Toronto-based fertility law lawyer Sara Cohen said she occasionally encounters people who are upset that sex selection isn't available in Canada, and most of the time, they'll go to the U.S. But she said there are far greater concerns when it comes to reproductive technologies, like illegalizing payments to surrogate mothers, sperm and egg donors.

"(Sex selection is) part of the piece of the puzzle ... but in Canada we've got way bigger fish to fry," said Cohen.

"I think it's a huge problem with allowing people to choose what they do with their body, and we're really involved in ways that I personally think are inappropriate. Our legislation is involved in reproductive freedom, to some extent, and criminalizes choices that people could make."

Dr. Joel Batzofin, founder of New York Fertility Services, acknowledged that while sex selection is controversial in some circles, he doesn't believe those who opt for the procedure should be criticized.

"They're not interfering with anyone. It's their life to live. We are doing this ethically. The technology's available.

"We do not get involved in other things like (selecting) eye colour, hair colour stuff like that. There are people that do, but we don't go to that place."

Alana Cattapan, a postdoctoral fellow in the faculty of medicine at Dalhousie University in Halifax, said she's argued against sex selection for two reasons: the inequalities that still exist between men and women, and the reinforcement of gender stereotypes.

"You expect the people who have certain kinds of chromosomes to behave a certain way throughout their entire life, and you're unwilling to miss out on the experiences that you assume that those children will bring to your life," said Cattapan.

"I just think that is reinforcing stereotypes about how people will behave -- or how everyone should behave -- in relation to their chromosomal makeup.... In a society where we're constantly telling children that they can be whatever they want to be, it's so strange that we try to attach certain ideas of who they're going to be to their embryos even before they exist."