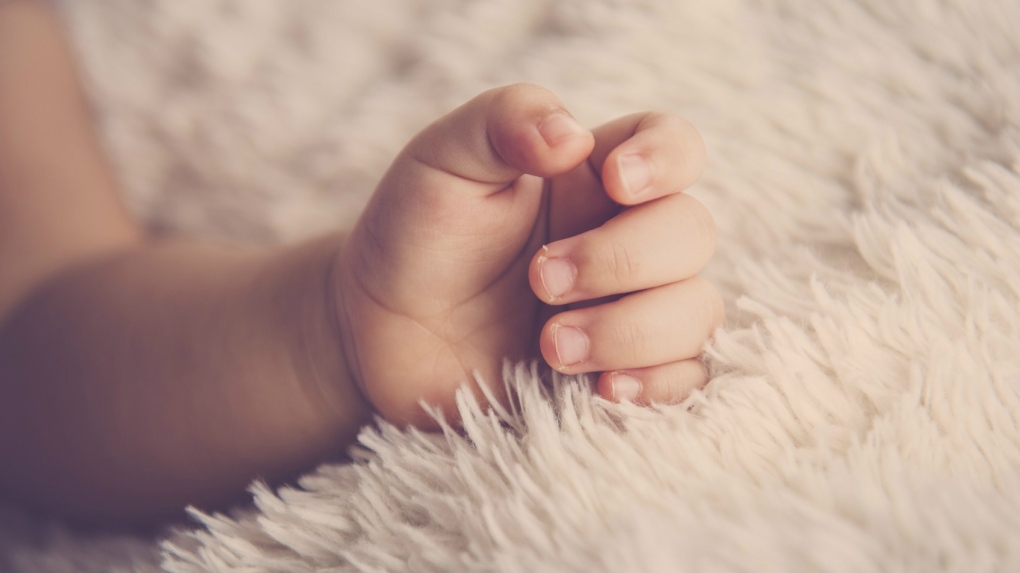 A baby's hand is shown in this file photo. (marctranvn / Istock.com)

Findings from a new Canadian study add to the growing body of research that suggests children delivered via cesarean section are at a greater risk of obesity than those delivered vaginally, possibly due to differences in gut bacteria.

Carried out by researchers at the University of Alberta, the study looked at 935 mother-child pairs to investigate how the type of infant delivery could influence a child's risk of obesity, in particular in those children born to overweight mothers.

When an overweight woman delivered her baby via C-section, the child had a five times greater risk of being overweight.

"We know that maternal overweight is linked to overweight in children," said lead author Dr. Anita Kozyrskyj. "What our study showed is that both the type of infant delivery -- vaginal birth versus cesarean section birth -- and changes in gut bacteria are also involved."

"We have shown in our previous research that an infant's gut microbiome is influenced by the type of delivery, so we wondered if this effect could be associated with obesity risk in early childhood," continued Dr Kozyrskyj.

To investigate, the team looked at the types and quantity of bacteria present in the childrens' stool, finding that children born to overweight mothers had a larger number of Lachnospiraceae bacteria than children born to mothers of a normal weight.

However, the levels of Lachnospiraceae differed again between children delivered vaginally and those delivered via C-section, suggesting the strain of bacteria could influence the relationship between maternal weight and child weight following vaginal and cesarean birth.

"Given that infant overweight and obesity are a major public health problem, our results reinforce increasing concerns over rising cesarean deliveries and affirm the role of the gut microbiota as a 'super organ' with diverse roles in health and disease," concluded Kozyrskyj.

It is thought that children born via C-section may face a higher risk of developing certain conditions, such as obesity, asthma, and allergies, as the child isn't exposed to strains of bacteria from the mother's gut and birth canal during childbirth.

The findings can be found published online in JAMA Pediatrics.