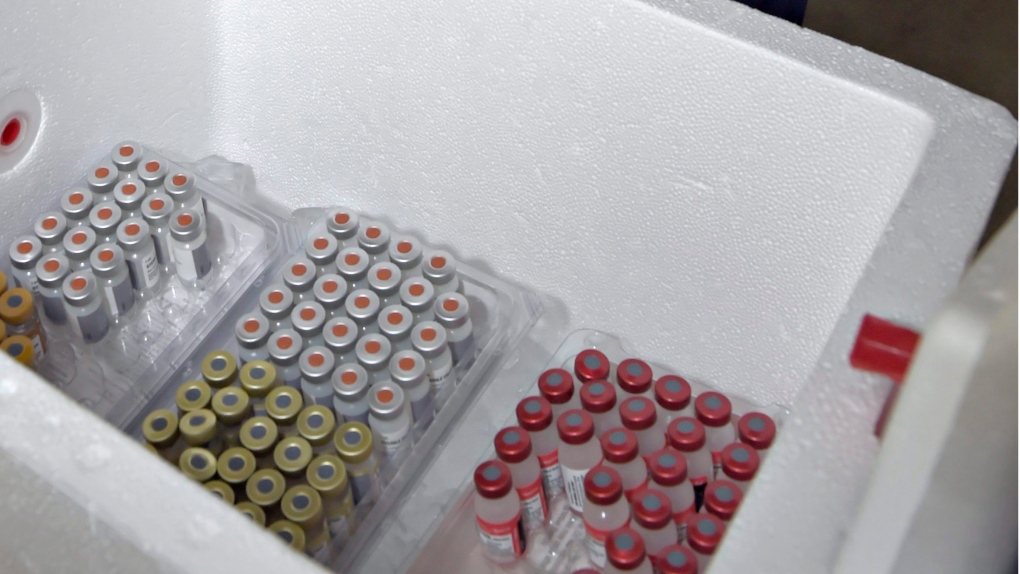 Rabies vaccines for use at the semi-annual Street Dawgs and Cats Care Fair in Corvallis, Ore, are shown on Oct. 17, 2015. (Eugene Johnson/The Corvallis Gazette-Times via AP)

HALDIMAND COUNTY, Ont. - Health officials say an Ontario man is undergoing treatment after being bitten by a cat that tested positive for rabies.

The Haldimand-Norfolk Health Unit says it was notified Thursday by the Canadian Food Inspection Agency that a stray cat had bitten someone in Caledonia.

They say they are working with Hamilton Public Health to see if anyone else was exposed to the same cat because it came from a rural part of the city.

The incident has been linked to an outbreak of raccoon-strain rabies that was discovered last December after a fight broke out between two Hamilton dogs and an aggressive raccoon in the back of an animal control van.

That marked the first documented case of rabies in a raccoon in Ontario since 2005.

The Ministry of Natural Resources and Forestry says the outbreak has since ballooned to 173 cases of raccoon-strain rabies, mostly in raccoons and skunks.