Car windows offer some sun protection, but can't block out all harmful rays 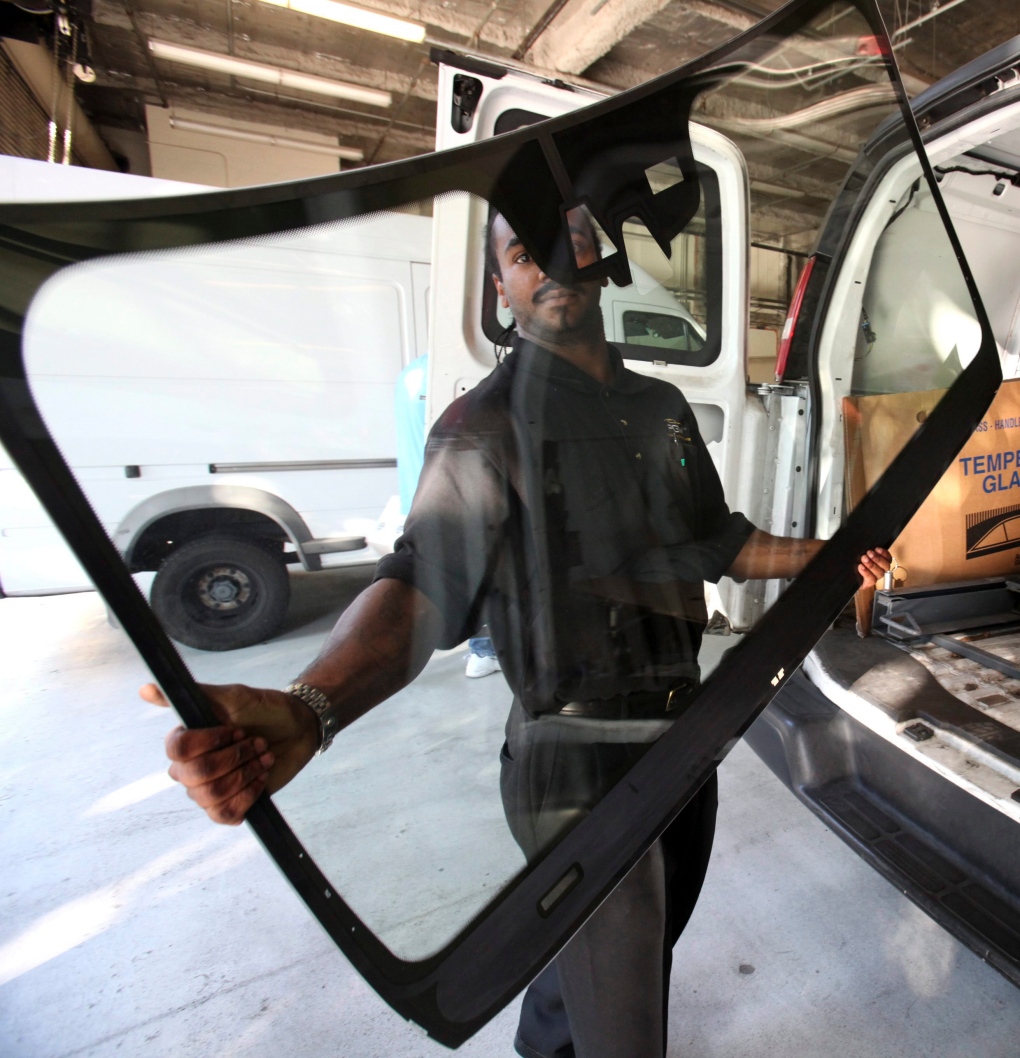 DETROIT -- Car windows are designed to protect you in an accident. But they won't necessarily protect you from the sun.

Automotive glass must meet a host of government standards in the U.S. and elsewhere. It has to let in the maximum amount of light to help drivers see. It has to shatter into tiny pieces instead of shards that might hurt occupants in a crash.

But there are no requirements for sun protection. That can vary by vehicle, and even by window within a vehicle.

Windshields offer the most sun protection, according to Pete Dishart, who leads product development at Pittsburgh Glass Works in Pennsylvania. His company supplies glass to nearly every major automaker, including Toyota, Mercedes-Benz, General Motors, BMW and Hyundai.

By law, windshields must be made of laminated glass, which means they're formed from three parts: two 2.1-millimeter layers of glass separated by an 0.8-millimeter piece of stretchy plastic. The glass is made to break easily if something -- the driver's head, for example, or a deer -- comes in contact with it. The plastic then stretches to absorb that impact.

The layer of plastic helps windshields absorb nearly all of the sun's ultraviolet rays. Plastic is naturally good at absorbing UV rays, Dishart says, and can be made with extra UV absorbers to protect even more. He says windshields absorb 100 per cent of UVB rays, which cause sunburn, and around 98 per cent of UVA rays, which don't cause sunburn but can do long-term damage to the skin.

That gives windshields a sun protection factor -- or SPF -- of 50 or more, the equivalent of some of the strongest sunscreens, Dishart said.

Sunroofs, too, often contain UV-absorbing technology that can block around 90 per cent of UV rays. That's partly to keep the car cool as well as protect occupants from sun exposure.

But side and rear windows are a different story, and their SPF can vary a lot depending on the vehicle.

Side windows are usually made from cheaper tempered glass, which is around 4 millimeters thick and doesn't include a layer of plastic. Tempered glass is designed to shatter into tiny pieces, to protect the occupants in a crash. But unless they're tinted for privacy, side windows usually absorb only 65 per cent of UV rays. That gives them an SPF of around 16, Dishart says, the same as some of the lowest grades of sunscreen.

That may be all right for people who don't do a lot of driving. But several studies indicate a link between skin cancer and sun exposure while driving, especially for truck drivers or those with long commutes.

In 2007, researchers at the St. Louis University School of Medicine found that in a group of 898 skin cancer patients, 53 per cent of the cancers occurred on the left side. Those who spent more hours per week driving had a higher chance of getting a left-side skin cancer. Also, a statistically significant number of the cancers were on areas that are exposed while driving, including the head, neck, arms and hands.

Some automakers are opting for more expensive, higher-SPF glass, not only to protect the car's occupants but also to cool down their cars. Heat from the sun can force the car's air conditioning to work harder, which lowers the vehicle's fuel economy. South Korean automakers Hyundai and Kia use window glass with an SPF between 44 and 48 in their U.S.-made vehicles. And Toyota switched to laminated glass for the front windows of the recently redesigned Avalon sedan, both to improve UV protection and to offer added insulation from wind noise.

Concerned about the level of sun exposure in your car? Here's what you can do:

-- Explore window tinting and aftermarket films. Companies like Solar Gard offer window films that can block UV rays. Glass-tinting companies and auto dealers can install them on a four-door car for around $200. There are also do-it-yourself kits at auto parts shops. But beware: States govern how much windows can be tinted, and those laws vary.

-- Protect yourself. The Skin Cancer Foundation recommends applying a sunscreen with an SPF of 15 or higher around 30 minutes before you drive. Make sure to cover your face, neck, arms and hands. If you have a sunroof and thinning hair, you should also wear a hat, since skin cancer can develop on the top of your head.