Cannabis vaping doubled among teens in Canada, U.S. since 2013: study 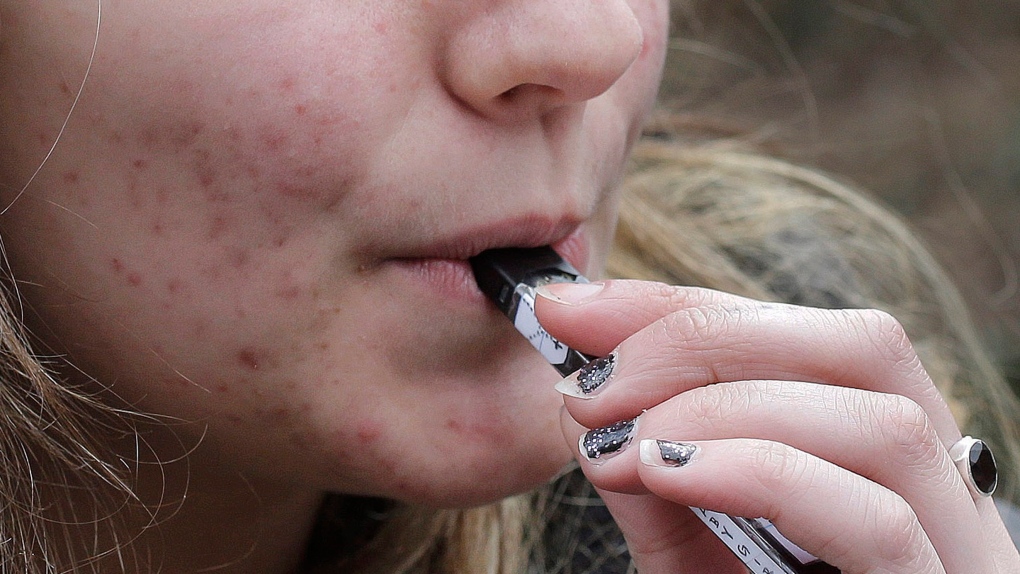 TORONTO -- The prevalence of cannabis vaping among teens in Canada and the United States has doubled in the last seven years, a new study has found.

The study was led by Australian researchers and was published on Monday in the journal JAMA Pediatrics. The researchers conducted a meta-analysis looking at 17 studies conducted between 2003 and 2020, involving a total of 198,845 North American adolescents 18 years of age or younger.

The data also suggests that the number of teens who regularly vape cannabis is increasing. Among students in all grades, only 1.4 per cent of those surveyed between 2013 and 2016 reported vaping cannabis in the previous 30 days. In 2019-2020, that figure was 8.4 per cent.

Vaping devices, also known as e-cigarettes, were initially marketed as a smoking cessation device for adults but have exploded in popularity among teens in the last decade. Most vaping devices are designed to heat nicotine-containing flavoured liquids, but they can also be used to heat and vaporize dried cannabis herbs or cannabis oil.

Vaping cannabis is also perceived to be healthier than smoking cannabis due to the lower exposure of combustion particles, the authors say.

On top of all this, many cannabis vapers are choosing to use cannabis oils, which are far more potent, rather than dried herbs.

"With increasing changes in cannabis policy and legalization of adult use, the increasing prevalence of adolescent cannabis vaping indicates a need for more studies to understand the potential harms," the authors wrote.