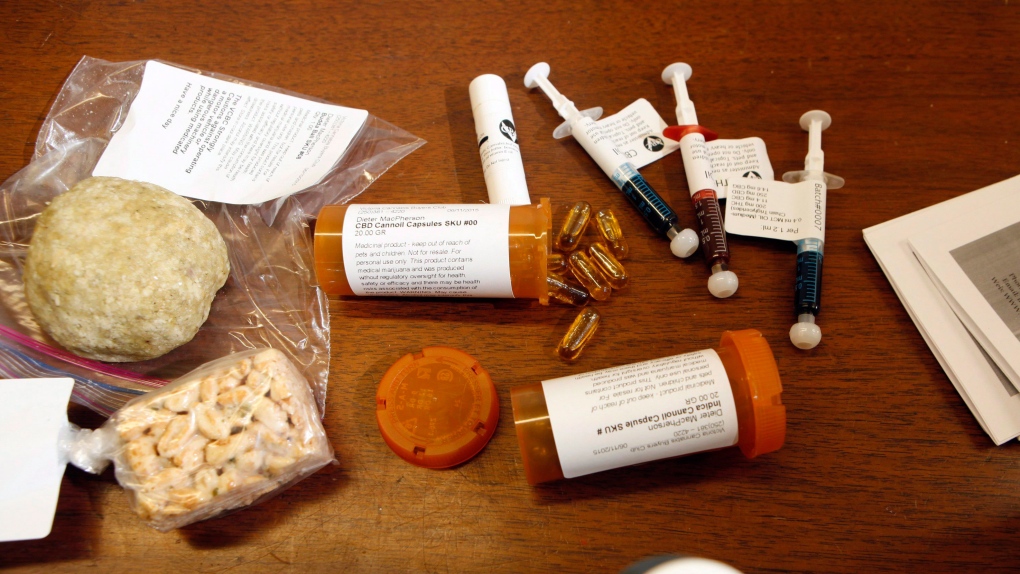 OTTAWA -- Rules that limited medical marijuana users to only dried forms of the drug have gone up in smoke.

Forms of marijuana that can be used to make everything from brownies to lip balms will now be legally available following Health Canada's swift response to a Supreme Court of Canada ruling that had struck down an element of the previous regulations on access to medical marijuana as unconstitutional.

In a directive issued Wednesday, the department said that cannabis oils, as well as fresh marijuana buds and leaves, can now be sold by licensed producers provided they follow similar packaging and labelling requirements as exist for dried marijuana.

But Health Minister Rona Ambrose suggested the government only acted because it had to.

"It's important that Canadians understand that marijuana is not an approved drug in Canada or an approved medicine. It has not gone through what is the very rigorous testing for safety and efficacy that every drug in Canada goes through," Ambrose said at an unrelated event in Edmonton Wednesday.

"(Health Canada) will implement what the Supreme Court has said in their court-imposed marijuana for medicinal purposes program. But their first top-of-line message is, 'Marijuana is not a medicine."'

In June, the top court ruled that the existing regulations restricting medical marijuana possession to dried pot violated the charter in part because anyone possessing other forms of the drug was at risk of going to jail.

"The prohibition of non-dried forms of medical marijuana limits liberty and security of the person in a manner that is arbitrary and hence is not in accord with the principles of fundamental justice," said the unanimous written judgement.

The ruling also said because there were limited ways to use dried pot, people were forced to choose a treatment that was potentially less effective or even dangerous for them in order to comply with the law --and that too was unconstitutional.

In turn, however, the ruling created some confusion as to whether it gave people the right to sell products made from marijuana, like butters or brownies.

The new regulations allow licensed producers to sell cannabis oil or fresh leaves or buds, but they can't turn it into other products.

But the regulations do allow those authorized to possess medical marijuana to convert any form of the drug, including dried, into other products for their own use, which they legally weren't allowed to do before.

For patients, it's a welcome step forward, the Canadian Medical Cannabis Industry Association said in a statement.

Many can't inhale cannabis, and others find they are better able to manage their symptoms by ingesting, rather than inhaling, they said.

"By including a greater variety of options for different modes of delivery, Canada has shown itself once again to be a world leader in compassionate and rational medical cannabis policy," said Neil Belot, the association's executive director.

While the government used to be the sole producer of medical marijuana, it got out of the business two years ago and began licensing private producers according to a strict set of criteria, including that products had to be in child-resistant packaging and clearly labelled.

The move led to a growth in the marijuana business across the country, prompting the establishment of dispensaries and compassion clubs, though Health Canada repeated in its directive Wednesday that they are considered illegal.

Still, last month Vancouver became the first Canadian municipality to regulate medical marijuana dispensaries, requiring operators to pay a $30,000 licensing fee and locate at least 300 metres away from community centres, schools, and each other.

The stores are banned from selling edible products in part due to data showing child poisonings skyrocketed by 600 per cent in U.S. states where marijuana is legal.