Cancer in Canada: What the latest projections are

Cancer in Canada: What the latest projections are 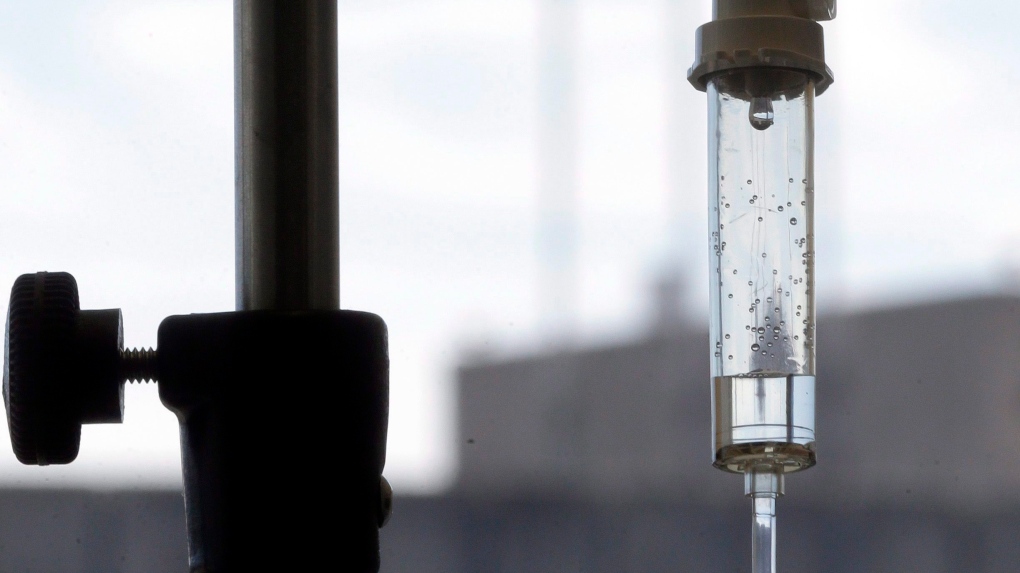 Chemotherapy is administered to a cancer patient via intravenous drip at Duke Cancer Center in Durham, N.C., on Thursday, Sept. 5, 2013. THE CANADIAN PRESS/AP-Gerry Broome

The overall rate of cancer diagnosis is declining in Canada, but an aging and growing population means the number of cases and deaths due to the disease are estimated to rise, according to a new study. The projected cancer rates for 2022 expect lung cancer to account for nearly a quarter of all cancer deaths.

“Since 1988, where we have a peak rate of cancer deaths, it's decreased almost 30 per cent since that time, so that's really a positive news story.”

The authors noted that the potential impact of COVID-19 on cancer incidences and mortality were not included in the study’s projections. Earlier this year, an Ontario report found a 34 per cent drop in people being diagnosed with cancer in the province in 2020 during the first waves of the pandemic, likely due to an overwhelmed health-care system and fewer visits to the doctor. The sharp decline has raised concerns over the consequence of detecting cancers at later stages.

“The projected high burden of lung cancer indicates a need for increased tobacco control and improvements in early detection and treatment,” the paper said, noting that smoking rates were higher especially among individuals with lower income, those living in rural areas, and First Nations, Inuit and Metis people.

“Success in breast and colorectal cancer screening and treatment likely account for the continued decline in their burden. The limited progress in early detection and new treatments for pancreatic cancer explains why it is expected to be the third leading cause of cancer death in Canada.”

“In addition to its impact on health, cancer is costly. The economic burden of cancer care in Canada rose from $2.9 billion in 2005 to $7.5 billion in 2012, annually,” the authors wrote.

Dr. Mary Gospodarowicz, a radiation oncologist with the Princess Margaret Cancer Centre, said health care should be talked about in terms of benefit as well.

“We always talk about expense, we don't talk about the benefit of making people healthier, keeping people healthy, treating people, and then being able to live longer and better,” Gospodarowicz, who was not part of the study, told CTVNews.ca in an interview.

“We don't think in terms of people living an extra five or extra seven years of life – being able to work, being able to contribute to the economy.”

Researchers made projections for 22 types of cancers, broken down by sex and geography, and found that four leading types of cancers will account for 46 per cent – nearly half – of all new cancer diagnoses this year: 30,000 cases of lung cancer, followed by 28,900 cases of breast cancer, 24,600 cases of prostate and 24,300 cases of colorectal cancer.

Eastern provinces are generally projected to have a higher rate of incidence and mortality than western provinces, according to the study.

The two main hypotheses for this regional difference was a larger population of older people in eastern provinces and a higher distribution of risk factors like smoking and alcohol consumption, Brenner said.

Among men, one in five diagnoses will be for prostate cancer, followed by lung cancer. Among women, breast cancer accounts for one in four diagnoses, also ahead of lung cancer at 13 per cent of cases.

An estimated 43 per cent of Canadians will be diagnosed with some form of cancer in their lifetime, according to the 2021 Canadian Cancer Statistics report, killing more Canadians than any other source. After adjusting to standardize the age groups, males were estimated to have a 34 per cent higher mortality rate than females.

Despite these numbers, however, the prognosis for many forms of cancer has improved significantly over the last 30 years.

Gospodarowicz said the projections released by the group have usually been right, but said that more granular data would offer even greater insight. She pointed to the detailed data gathered during the pandemic that allowed COVID-19 hot spots to be identified so that more resources could be pushed into those areas.

“The same thing has to happen with cancer,” she said, adding the data can be used for planning of resources and care delivery, rather than just for information.

“We're talking about increasing screening, increasing early detection, prevention, but there's probably less effort in trying to engage and inform the public in cancer that there has been for many other diseases, including, obviously the COVID.”

Better health literacy allows patients to better advocate for themselves, engage more in their own health care and demand more, she said. She noted that breast cancer screening exams cost money in many countries, but are free in Canada, yet only 70 per cent of women participate in these exams.

“It's all free and it's promoted and yet people don't take advantage of it. And the same with cervical and other cancer screenings, so better information would make better engagement of the public,” she said.

“We can do so much more for cancer.”

“We know that more people could be getting screened. We know we could be doing a better job in making sure everyone gets screened on time,” he said.

“In terms of helping people survive a cancer diagnosis, it's important that we continue to invest in novel life saving treatments, both from the research and from the governmental perspective.”

The study is based on data from the National Cancer Incidence Reporting System from 1984 to 1991, the Canadian Cancer Registry from between 1992 and 2018 for new incidences. The Canadian Vital Statistics’ Death Database was used for mortality data from 1984 to 2019.

The authors said while the most recent and complete data available was used for their analyses, the complexities around registration and verification of cancer means that there is a considerable lag in data collection.

“We anticipate that measures to combat the spread of COVID-19 have affected many cancer-control activities in Canada. Interruptions in screening programs and diagnostic pathways may have led to a reduction in diagnoses and may result in a shift in some cancers to more advanced stages,” the authors wrote, adding that they expected the pandemic disruption would eventually balance out over the long term.

“We hypothesize that the shift to later-diagnosed cancers and any pandemic-related delays in treatment will affect mortality and survival.”

An Amber Alert issued on Monday for two Saskatchewan children has been extended into South Dakota. Saskatchewan RCMP say evidence uncovered during their investigation suggests the children may be in the U.S. state.

Legacy of Serena Williams extends beyond success on tennis court

Serena Williams indicated on Tuesday she is preparing to walk away from her professional tennis career as the start of the U.S. Open approaches on Aug. 29 and her 41st birthday approaches next month. She would leave behind a legacy that extends beyond her dominance on the court.