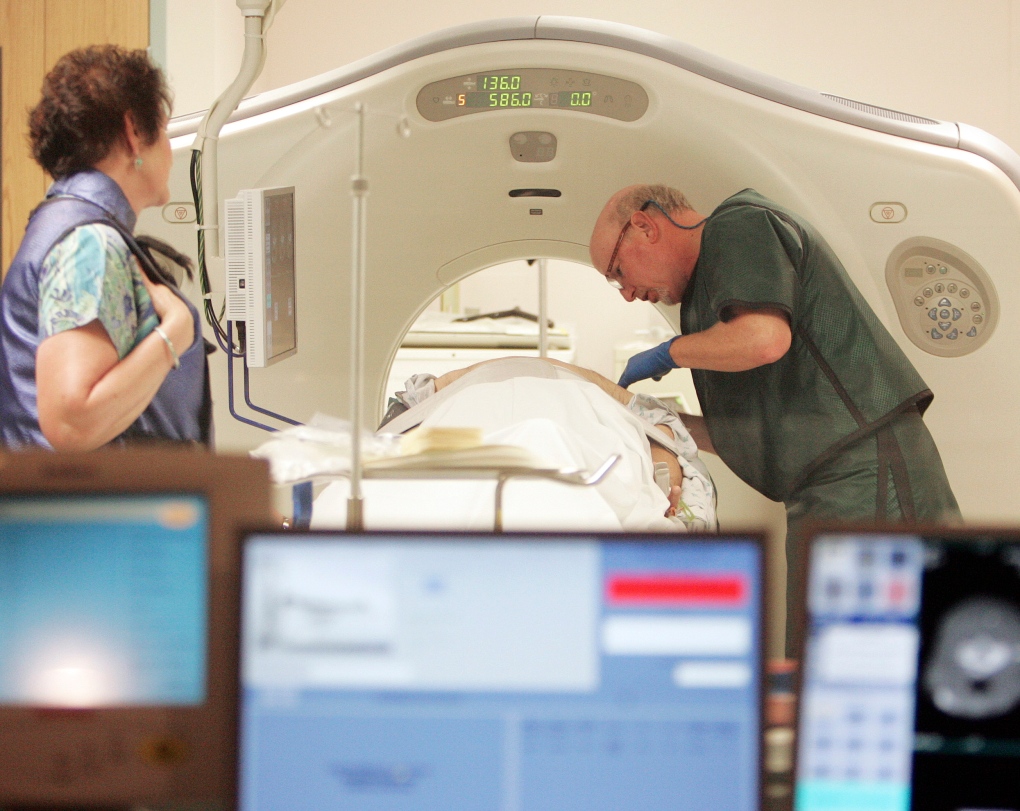 VANCOUVER - Susan Stewart remembers going shopping with her daughter on Black Friday in December 2016. The next day, she felt nauseous and by Monday, her urine was dark brown, prompting her to book an appointment with the family doctor.

Stewart, 57, was in good health as a marathon runner who had "done everything right to stay healthy."

When she got the news that she had stage four pancreatic cancer that had already spread to her liver, she thought she had little hope of survival, Stewart said during chemotherapy treatment at the BC Cancer Agency.

She started taking experimental medication in January 2017 and also had her pancreatic tumour sequenced as part of a study in Vancouver by the Terry Fox Research Institute.

The aim of the study, called EPPIC, or Enhanced Pancreatic Cancer Profiling for Individualized Care, is to sequence tumours and provide personalized treatment for patients based on their particular subtype of the cancer.

Dr. Daniel Renouf, Stewart's oncologist, said she has responded so well to experimental therapy that her tumour is no longer visible on CT scans and physicians studying her case hope to help other patients diagnosed with what's often a deadly disease.

"We're using the EPPIC analysis to try to understand why she has had such an incredible response," he said. "She's done much better than how people would do, on average, with this type of cancer. That's why we're trying to understand why her cancer specifically is so sensitive to this treatment whereas other pancreatic cancers that all look the same under the microscope won't be as sensitive to treatment."

For Stewart, the diagnosis meant she had little hope because pancreatic cancer offers only a nine per cent survival rate over five years and has a low profile compared with colon, breast and lung cancer.

"This study gives hope to people like me and people down the line who are going to develop this cancer," she said. "People are actually concerned about pancreatic cancer now. Before it just used to be a death sentence."

Renouf said pancreatic cancer tumours are also being sequenced in Toronto, but the research institute is providing $5 million in funding over the next five years to expand the sequencing to Montreal in the next two weeks, followed by Calgary, Edmonton, Ottawa and Kingston, Ont.

"This project, I think, may be the largest funded project in pancreatic cancer in Canada," he said of the study that aims to involve 400 patients suffering from a cancer that has been historically underfunded but is the fourth most common cause of cancer-related death in the country.

"It's a very resistant cancer to chemotherapy treatments. It often presents as a very advanced disease because of where the pancreas is located - right at the back of the abdomen. If there's a small cancer growing there you wouldn't notice any symptoms."

Doctors are starting to understand there are differences between subtypes of pancreatic cancer but in-depth sequencing of tumours is required to understand the genetic changes in them and offer patients precision treatment strategies, Renouf said.

Sequencing the entire DNA, called whole genome sequencing, is not done for any other cancer on a routine basis, he said.