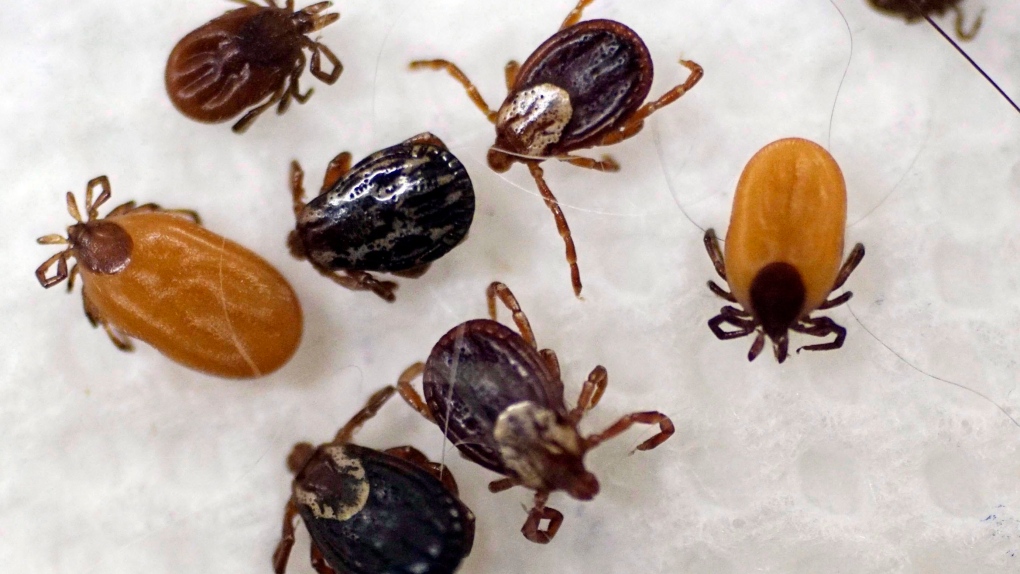 Ticks collected by South Street Veterinary Services in Pittsfield, Mass., are shown in a Monday, May 15, 2017 file photo. THE CANADIAN PRESS/AP-Ben Garver/The Berkshire Eagle via AP

A prolonged course of antibiotic treatment for Lyme disease is no more beneficial to a patient than a placebo and can even cause “harmful” health outcomes, Canadian infectious disease experts said in a new position paper.

The paper, which was released by the Association of Medical Microbiology and Infectious Disease Canada, says that long-term antibiotic treatment – beyond the standard short-course of antibiotics – can cause adverse health outcomes, including allergic reactions, C. difficile infections and other infections from intravenous catheters.

“Patients are suffering from very real and sometimes debilitating symptoms,” said. Dr. Todd Hatchette, the president of AMMI Canada, in a news release. “Unfortunately, there has been a lot of misinformation about Lyme disease.”

The AMMI paper acknowledges that more evidence needs to be gathered to determine what causes the symptoms of the disease to persist so that it can be treated in “a compassionate and comprehensive manner.”

The paper could inflame an already raging debate within the medical community over how best to diagnose and treat Lyme disease. It comes at a time when cases of the illness are reaching record highs.

When blacklegged or deer ticks infected with the Borrelia burgdorferi bacterium bite humans, they can transmit the disease. Its symptoms – fever, headache, muscle aches and rashes – are non-specific and often mimic other illnesses, making it difficult to diagnose. If left untreated, the infection can cause more serious health problems, such as arthritis and brain and spinal cord inflammation.

Some doctors, including those with the AMMI, say that current tests for diagnosing the disease are often effective, particularly in the latter stages of the disease, and that a short course of antibiotics is all that is needed to treat it. But others favour prescribing prolonged antibiotic treatments and worry that testing needs an overhaul.

From 2009 to 2017, cases of Lyme disease in Canada increased by 13 per cent, according to data from the Public Health Agency of Canada. The vast majority of reported cases were from Ontario, Quebec and Nova Scotia.