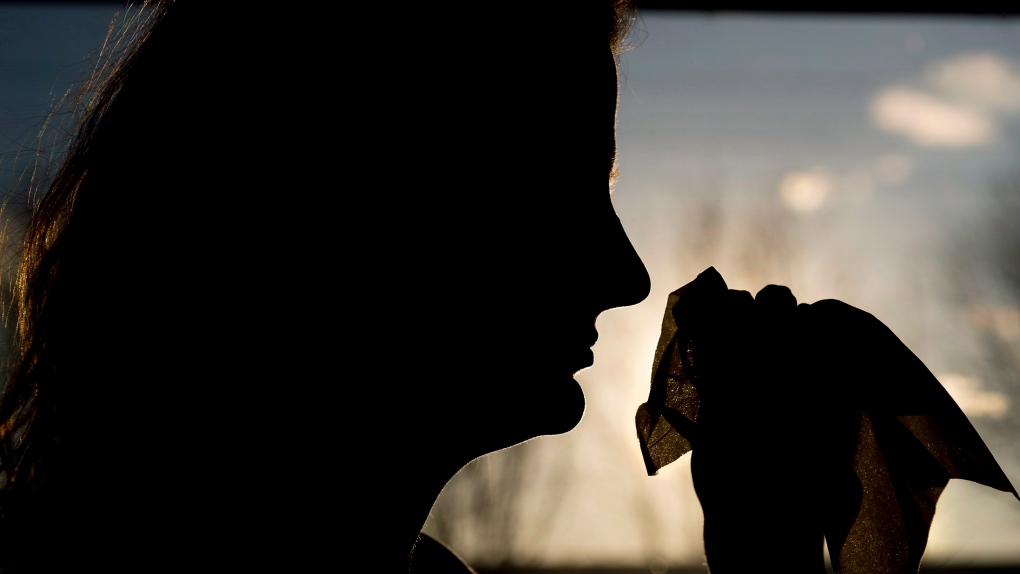 A woman is silhouetted as she uses a tissue to blow her nose in Toronto on Friday, November 21, 2014. (Nathan Denette / THE CANADIAN PRESS)

For the week ending December 6, 37 new influenza outbreaks were reported in six provinces, according to FluWatch, PHAC’s weekly newsletter on influenza. Of those, 32 were in long-term care facilities.

The majority of cases continue to be in British Columbia, Alberta, Ontario and Quebec, the agency said. However, there is increasing flu activity in both Saskatchewan and Nova Scotia.

For the week ending Dec. 6, or week 49, the number of confirmed lab cases of influenza was 1,011, up considerably from the 630 confirmed the week before.

The most common type of influenza continues to be influenza A (H3N2), as is the case in the United States. To date, 95 per cent of lab-confirmed influenza cases in Canada have been influenza A, with 99.5 per cent of those confirmed to be H3N2, PHAC said.

Flu seasons with Influenza A as the predominant strain are generally more severe, the U.S. Centers for Disease Control warned last week, with more severe illness and a higher number of hospitalizations.

Meanwhile, those who have avoided getting sick so far may not be able to rely on the flu vaccine to protect them as much as in previous years.

Last week, officials south of the border warned that this year’s flu vaccine may not be as effective against this year’s predominant influenza strain. More than half of the lab-confirmed H3N2 virus samples collected from U.S. patients so far this year have been “antigenically different,” meaning they had “drifted,” from the H3N2 component of this year’s vaccine, the CDC said.

However, the vaccine was still recommended for protection against other circulating strains. 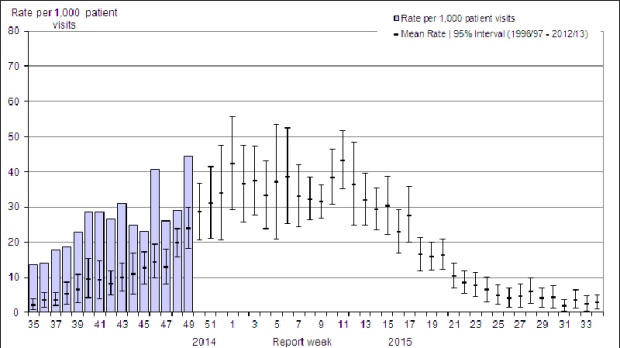 Note: No data available for mean rate for weeks 19 to 39 for the 1996-1997 through 2002-2003 seasons. Delays in the reporting of data may cause data to change retrospectively. The calculation of the average ILI consultation rate over 17 seasons was aligned with influenza activity in each season. In BC, AB, and SK, data is compiled by a provincial sentinel surveillance program for reporting to FluWatch. Not all sentinel physicians report every week. (Public Health Agency of Canada)