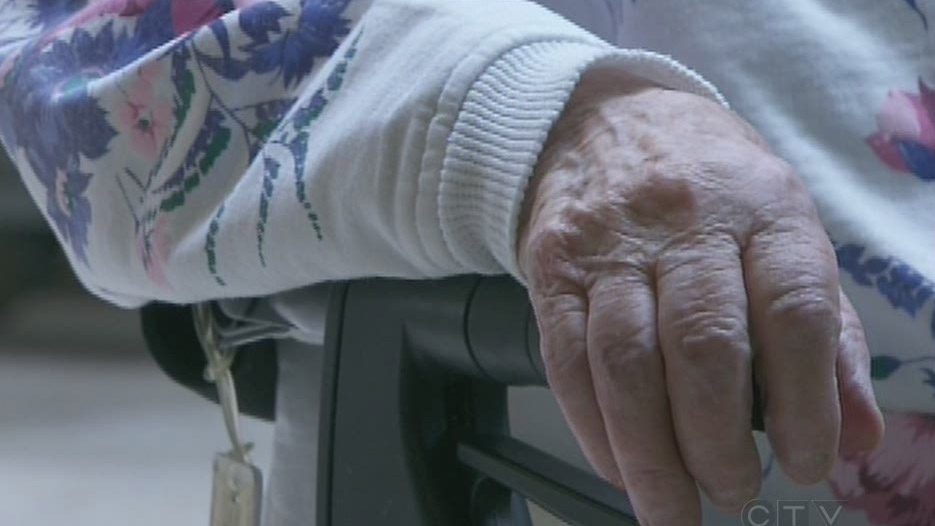 TORONTO -- Canada's family doctors are calling on the federal government to develop a national home-care strategy for seniors and improved health care for young people, including the elimination of child poverty by 2020.

In a report released Wednesday at its annual meeting in Quebec City, the College of Family Physicians of Canada (CFPC) outlined a suggested road map on how Ottawa could achieve these goals.

The organization, which represents about 31,000 family doctors across the country, said the health-care system needs to focus more on home- and community-based care under a national home-care strategy, which it wants to see developed and implemented by 2016.

"While hospitals provide excellent care, they're not always the most appropriate places for that care," said Dr. Garey Mazowita, president-elect of the CFPC, who practises in Vancouver. "Many Canadians would prefer, where appropriate, to be cared for in their own homes."

"Home care helps people maintain health and well-being as well as personal independence and dignity by living in their own homes and their own communities."

Mazowita said he has looked after a number of elderly couples with health issues, who have been able to stay together in their homes because residence-based health-care services were available, while some other older couples in his practice could not continue to be cared for at home because such programs were not in place.

"As you can imagine, a loss of co-habitation with a spouse following years of intimacy, mutual support and interdependence in a familiar residence in one's own community, and often in the late stages of life, is a most profound one," he said.

The physician said he's also seen the health of elderly patients decline in hospital while they waited for a nursing-home bed. "Their function and mental well-being would have been better maintained, and often even improved, had adequate home care been available to allow discharge home, where the familiar environment would have been of great comfort and autonomy would have been optimized."

Although the federal government has taken small steps in supporting home care for Canadians, Mazowita said it needs to create a national strategy with the provinces and territories to significantly boost home- and community-based services, while increasing access to long-term care.

The report, entitled "From Red to Green. From Stop to Go," also suggests steps for maximizing the health of children and youth, starting with a federal commitment to eliminate child poverty by the end of the decade.

Doctors want to see a ban on "junk food" advertising directed at children under 12 -- a step Quebec took in 1980 -- and improved nutritional labelling on food products to help parents make healthier dietary choices for their children. The CFPC also wants Ottawa to explore tax and subsidy strategies aimed at promoting consumption of healthier foods.

In order to reach their full potential, young people need a safe and secure environment, opportunities for physical and mental development, and access to a range of health-care resources, regardless of socioeconomic status, the report says.

"We know how important early childhood development is to people's long-term success and health outcomes," said outgoing CFPC president Dr. Kathy Lawrence. "As physicians, we're constantly having to deal with the consequences of not paying attention to these things."

The Regina family doctor said Canada is not doing as well as it should be in promoting the health and well-being of its young people.

A 2013 UNICEF report showed that Canada ranked 27th out of the world's 29 riches countries for health and safety of children, and was one of only three countries -- Greece and the U.S. were the others -- with a child obesity rate in excess of 20 per cent, she said. Another report by the Organization for Economic Co-operation and Development ranked Canada among the lowest of OECD countries (37th out of 39) when it came to public expenditures on child care and early education services.

"I don't think Canada should be where it sits around child and youth health ... given our prosperity," said Lawrence. "We need to encourage our leaders to consider what they can do to try to make a difference."