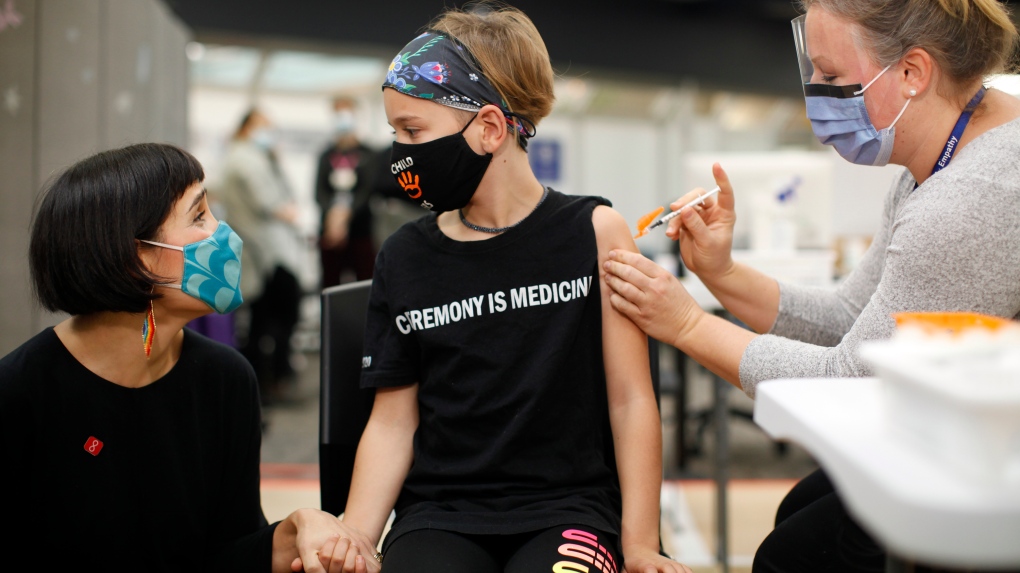 Federal officials say a COVID-19 vaccine for Canada's youngest children could be approved as soon as this month.

Health Canada tweeted Tuesday that it expects to reach a decision by mid-July on whether to approve Moderna's shot for children between six months and five years old.

Moderna has applied for its vaccine to be given in two doses, each a quarter of its adult dose, given about four weeks apart.

The agency says it received a submission from Pfizer-BioNTech on June 23 for its vaccine for children between the ages of six months and four years old.

A Health Canada spokesperson says regulators are still working out a timeline for their review of Pfizer-BioNTech's application.

Canada has yet to authorize a vaccine for its nearly two million children under five.

Pfizer-BioNTech's Comirnaty vaccine can be used on kids as young as five, and Moderna's Spikevax shot has been approved for children ages six and up.

(1/3) We realize parents are wondering when a #CovidVaccine for younger children will be available in Canada. Health Canada is reviewing Moderna’s submission for children 6 months to < 6 years of age. A decision is expected by mid-July. pic.twitter.com/ZXqXnyJcTQ