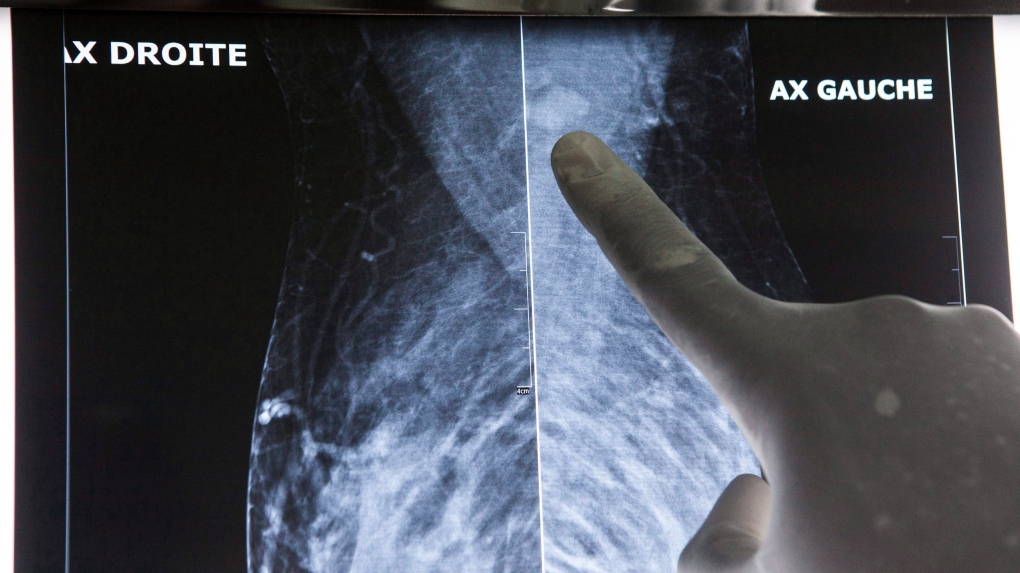 FILE - Dr. Abdoul Aziz Kasse looks at a mammogram that shows signs of cancer in his office at the Clinique des Mamelles in Dakar, Senegal, Thursday, July 13, 2017. (AP Photo/Jane Hahn)

A new study has found that breast cancer can metastasize more efficiently while people are sleeping, a finding researchers say could "significantly change" the way cancer is diagnosed and treated.

The small study, conducted by researchers out of ETH Zurich, the University Hospital Basel, and the University of Basel, reports circulating breast cancer cells that later form metastasis predominantly come about during patients' sleep phase.

If detected early enough, breast cancer patients have the potential to respond well to treatment. However, researchers note treatment becomes much more difficult if that cancer has metastasized or spread to other parts of the body, forming new tumours in other organs.

"When the affected person is asleep, the tumour awakens," said study leader and ETH Zurich professor Nicola Aceto in a press release.

The findings were published Wednesday, in peer-reviewed scientific journal Nature.

According to the study, researchers analyzed 30 female cancer patients and mice. They found the tumours generated more circulating cells in both humans and mice while asleep.

Researchers also discovered cells that leave the tumour at night also divide more quickly. The study said this means the nighttime cells have a higher potential to form metastasis, compared to those circulating cells released from the tumour during the day.

"Our research shows that the escape of circulating cancer cells from the original tumour is controlled by hormones such as melatonin, which determine our rhythms of day and night," explained Zoi Diamantopoulou, lead author and postdoctoral researcher at ETH Zurich, in the release.

With this in mind, the study noted that the time at which tumour or blood samples are taken for cancer diagnosis -- whether in the morning or evening -- may impact the findings of oncologists.

According to the researchers, this was an "accidental finding" and said they were surprised to see that samples taken at different times of the day had different levels of circulating cancer cells.

The study said another hint to uncovering this finding was the high number of cancer cells found per unit of blood in mice, compared to humans.

The study reports this is because mice are nocturnal, and researchers were collecting most of their samples during the daytime when the animals were sleeping.

"In our view, these findings may indicate the need for health-care professionals to systematically record the time at which they perform biopsies," Aceto said in the release. "It may help to make the data truly comparable."

Moving forward, researchers say they plan to examine how their findings can be used to better existing breast cancer treatments.

According to the World Health Organization, breast cancer is one of the most common forms of cancer, with nearly 2.3 million people being diagnosed worldwide each year.

Prime Minister Justin Trudeau nominated Ontario judge Michelle O’Bonsawin to the Supreme Court of Canada on Friday. She is the first Indigenous person to be tapped to sit on Canada's top court and the appointment is being celebrated as filling an important role at the highest level of the country's justice system.

Transport Minister Omar Alghabra is testifying before the House of Commons transport committee this afternoon about ongoing airport delays and flight cancellations.