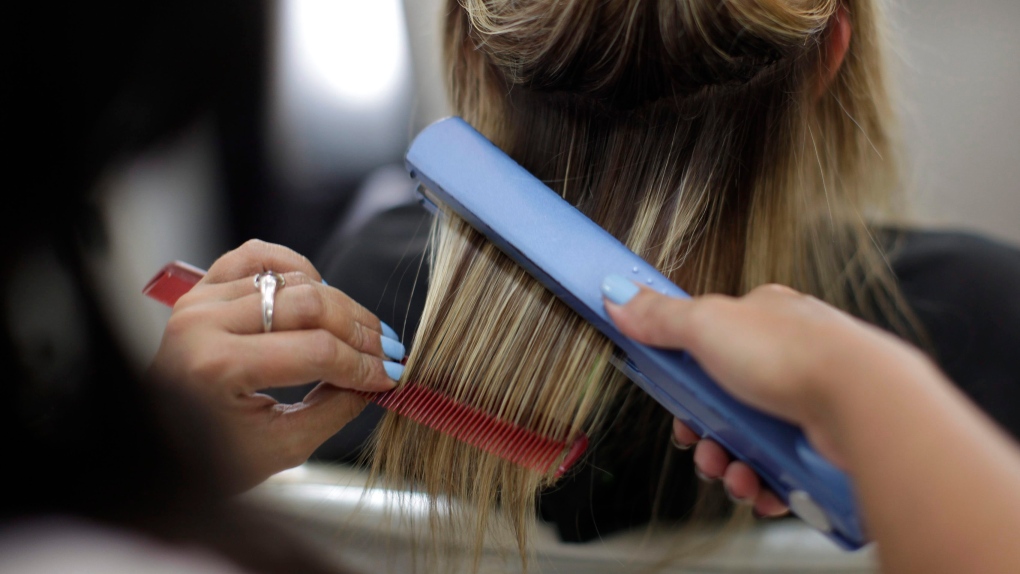 TORONTO -- A middle-aged hairdresser’s skin turned grey, her ears and hands dark purple, and her blood a chocolate brown after she developed a rare condition from performing an unusually high number of Brazilian blowouts.

She had been growing increasingly lethargic over the course of two weeks when she suddenly collapsed at home in the U.K. Rushed to the hospital, the woman complained of shortness of breath, chest pain and nausea, according to a new case report in the British Medical Journal. Doctors initially thought she had suffered a heart attack.

In fact, she had been exposed to “multiple volatile chemicals” when preparing Brazilian blow-dry treatments at the hair salon. The hair-straightening method seals preservative solutions into the hair using a flat iron.

Physicians believe repeated exposure to formaldehyde used in hairdressing caused the woman to develop methaemoglobinaemia. The rare and potentially deadly condition is an “altered state of haemoglobin,” the protein responsible for oxygen flow. The condition impairs oxygen delivery to bodily tissues.

But the diagnosis was not immediately clear.

“The London Ambulance Service noted that the patient’s skin was grey,” the report reads. “On examination, the patient appeared cyanotic (oxygen-deprived) with dark purple ears and hands.”

As tests continued, doctors ruled out a heart attack but still lacked a diagnosis. Then they saw her blood: “On inserting the arterial line, the intensive care registrar noted pulsating, chocolate brown-coloured blood flashback through the needle,” the report continues.

“This unusual observation raised the possibility of methaemoglobinaemia; the team re-evaluated all of the patient’s results so far and discovered raised methaemoglobin (oxidized hemoglobin) level of 64.6 per cent on her initial arterial blood gas analysis,” the report says.

Normal levels of the protein are around 1 per cent or less. After treatment with intravenous methylene blue, an inexpensive molecule also used as a dye in surgery, her methaemoglobin levels dropped rapidly. Within 30 minutes of a single dose, the levels dropped from 64 per cent to 16 per cent. After a few hours, they were back to normal.

Her recovery was swift and uncomplicated, according to the case report, except for one factor:

“The only side effect of her treatment was that it turned her urine to a bright green colour,” the report said.

“The blue pigments of methylene blue are renally excreted, combining with the yellow pigments of urine to create this classic vivid green colour.”