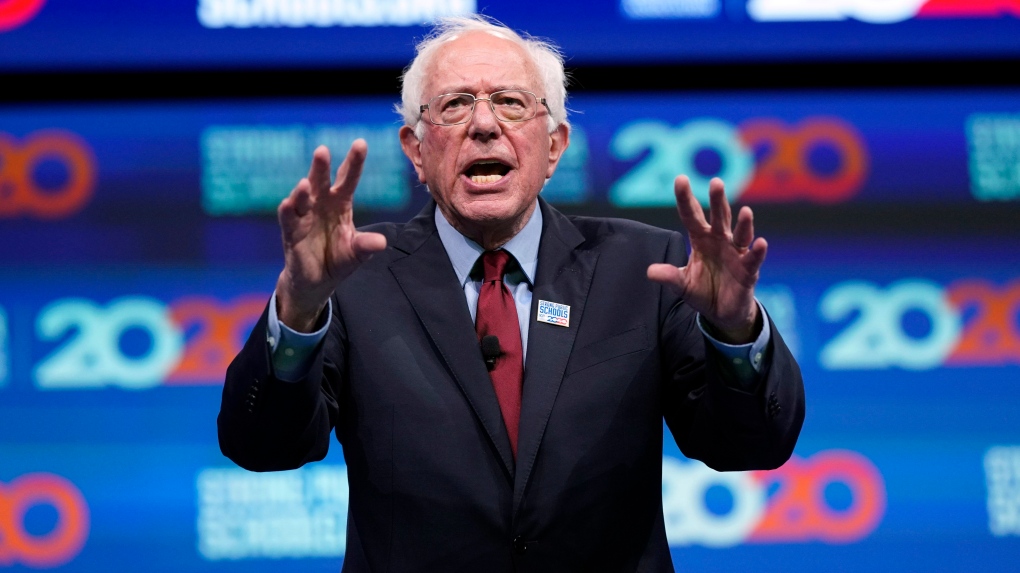 U.S. Democratic presidential hopeful Bernie Sanders will travel to Canada later this month to highlight what he calls overcorporatization of his country's health-care system.

Sanders' campaign announced Thursday that the Vermont senator will join American Type 1 diabetes patients as they cross the border in search of cheaper insulin than anything they can find at home.

The group plans to meet in Detroit on July 28 and travel to Windsor, Ont., to purchase their medications for about one-tenth the price they sell at in the U.S.

In an interview with CNN, Sanders said the prescription price gap between Canada and the U.S. could be chalked up to the differences between Canada's publicly funded health-care system and the privatized system in place in the U.S.

"Canada has a nationalized, single-payer system that allows them to negotiate much better prices with the drug companies," he said.

"In our country it is a much different story. The pharmaceutical companies brought in [US]$69 billion in profit. That is insane and it is a real threat to the health of every American."

Diabetic advocate Quinn Nystrom, who has been coordinating with the Sanders team, said the steep prices mean Americans with diabetes are forced to dangerously ration their supply of insulin.

“We’re having to play Russian roulette with our lives,” she told CTVNews.ca. “People are dying.”

Last month, one woman who travelled with a group to Ontario said her son died at the age of 26 after losing his insurance and rationing his insulin.

While the drugs typically cost just a few dollars for manufacturers to produce, according to reports, pharmaceutical companies make profits in both Canada and the U.S., but the price at the counter is wildly different in each country. Nystrom recently purchased a three-month supply (the legal limit that can be brought back) in London, Ont., for US$239.87. The same amount of insulin would have been US$3,060 in her home state of Minnesota.

“The only difference is that Canadian elected officials put laws in place that protected their citizens,” said Nystrom, who is confident that Sanders’ involvement in the July 28 trip will help take the issue front and centre for the 2020 presidential election. The second set of Democratic presidential primary debates will take place two days later in Detroit.

“This is a huge deal in the diabetes community,” she said. “I hope we’re going to get major traction after this trip.”

Sanders, who led similar trips to Canada in 2000 with breast cancer patients from Vermont, has long decried American prescription drug costs and advocated that the U.S. move away from privatized health care

Diabetes patients have made multiple trips across the border in search of cheaper insulin in recent months. Six Minnesotans drove 1,000 kilometres to a Shoppers Drug Mart in Fort Frances, Ont., in May, and another group travelled to London, Ont., in late June.

The average insulin price in the U.S. nearly tripled between 2002 and 2013, according to the American Diabetes Association.

I'll never forget this. In 1999, I took working class women, struggling with breast cancer, to Canada to buy the same medication for 1/10th of the price they were paying in the US. pic.twitter.com/BnCoPjqlpl

This month we're going back to Canada with diabetics. Insulin costs over $300 in the US. In Canada, the same exact drug costs about $30.