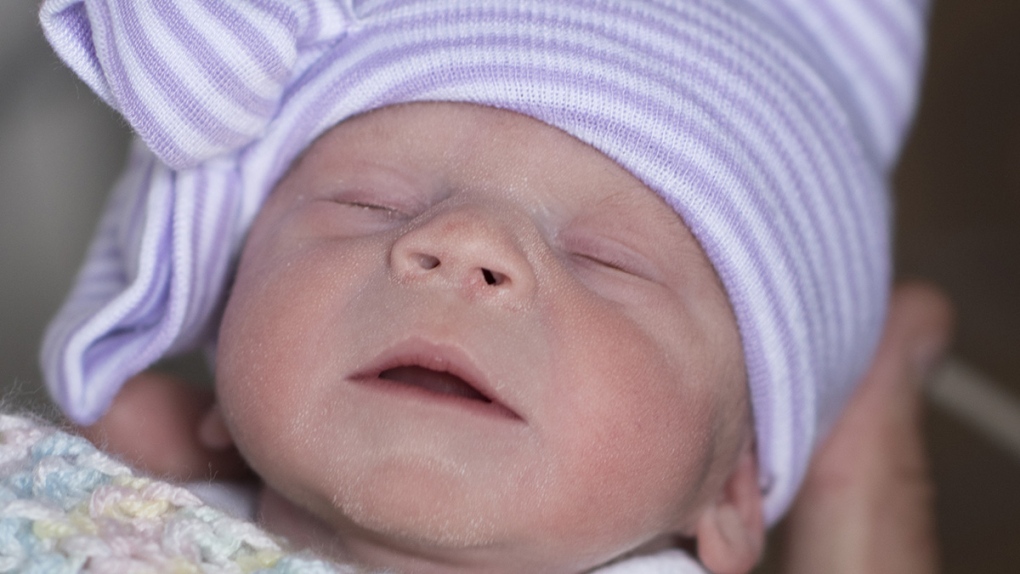 The baby girl was born in June. (source: The Cleveland Clinic)

CLEVELAND -- The Cleveland Clinic says it has delivered the first baby in North America after a womb transplant from a dead donor.

Uterine transplants have enabled more than a dozen women to give birth, usually with wombs donated from a living donor such as a friend or relative. In December, doctors in Brazil reported the world's first birth using a deceased donor's womb.

These transplants were pioneered by a Swedish doctor who did the first successful one five years ago.

The Cleveland hospital said Tuesday that the girl was born in June. The clinic has done five uterus transplants so far and three have been successful, with two women waiting to attempt pregnancy with new wombs. In all, the clinic aims to enrol 10 women in its study.