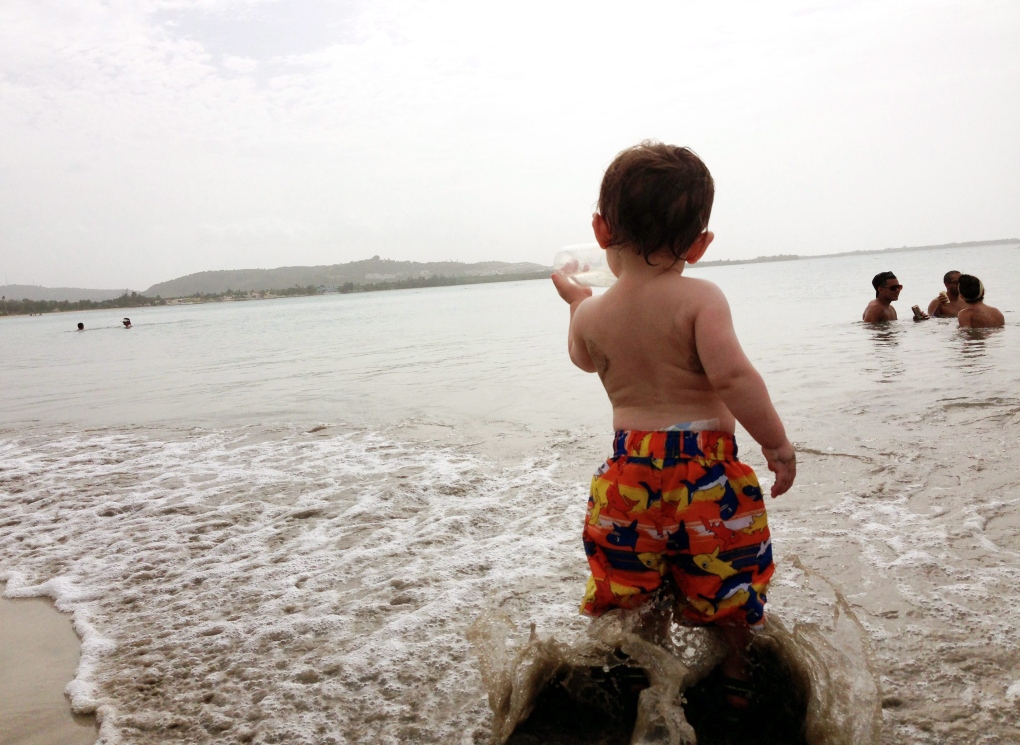 A 17-month-old boy drinks from a bottle as he stands in the water at a beach in San Juan, Puerto Rico in this May 2015 file photo. (Amber Hunt via AP)

A British study indicates that babies born in the summer, particularly girls, will grow up to be healthier than other adults.

Researchers at Cambridge University in the UK have turned their attention to a baby's birth month, which has an influence on weight, as previous studies have shown, but also on the child's health, particularly in the case of girls, when they start puberty.

This study, which was published in the October 12 edition of the journal Heliyon, analyzed health data on around 450 000 British people from the UK Biobank study in order to determine whether the birth month had an impact on birth weight, starting puberty early, and adult height.

Previous studies have shown that the season had an influence on weight and height. As a result, babies born in the winter were slightly lighter at birth. Canadian researchers also discovered that children born in the spring or summer were in generally better health than other children.

Dr. John Perry (the Cambridge study's main author) and his team believe that early life development and growth, including the start of puberty, are an important link between early life and adult health.

That is why the researchers undertook further more detailed analysis of the month of birth. Their results show that babies born in June, July and August were heavier at birth and taller as adults. Surprisingly, the study also revealed that girls born in the summer started puberty later than other girls. Starting puberty later is associated with better protection against certain cardiovascular diseases as well as hormone-dependent cancers.

In contrast, the birth month is not thought to have any impact on BMI and consequently on adult weight problems.

While the reasons for this phenomenon are not well understood, the researchers put forward the theory that the mother may have had more sun exposure and therefore made more vitamin D at the end of her pregnancy. This is thought to have had a significant impact on the baby's birth weight and a long-term influence, at least until puberty.

"We think that vitamin D exposure is important, said Dr. Perry. And our findings will hopefully encourage other research on the long-term effects of early life vitamin D on puberty timing and health."