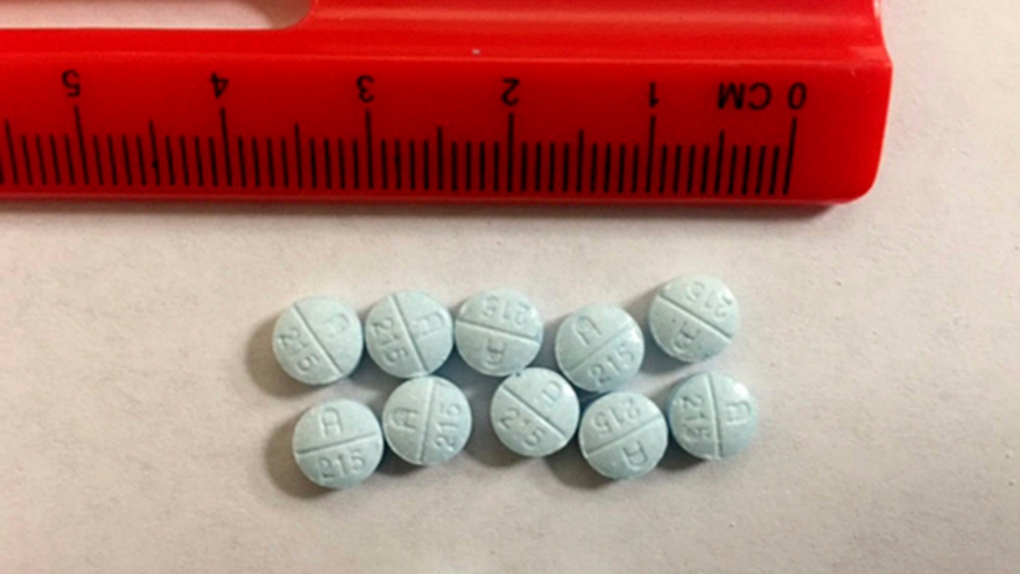 VANCOUVER -- For the past 14 years, organizers of a giant electronic music festival on a British Columbia mountain ranch have quietly helped participants test their recreational drugs to find out what substances are inside.

Shambhala organizers will also hand out 4,000 pamphlets warning about the deadly drug fentanyl to those attending the festival that starts Wednesday.

But what they really want to increase safety is a miniature mobile mass spectrometer.

Unable to secure government funding for the sophisticated drug-testing machine, which could cost up to $250,000 or more, organizers have launched an online crowdfunding campaign hoping to make the purchase by next year. The machine can detect many ingredients in one substance.

The campaign comes amid the declaration of a public health emergency over a surge of opioid overdose deaths in the province, many of them related to fentanyl.

Premier Christy Clark announced last week that a task force had been created to scale up the response. One of its stated goals is to improve street drug checking.

"We have to move very quickly if we're going to stop any more deaths from happening," said Chloe Sage, who has run the harm-reduction operation at the festival for the past six years.

The tent provides recreational users chemical agents that change colours when tested so they can personally check their drugs, but they don't work for fentanyl.

Sage said the creation of the provincial task force is movement in the right direction, and has only recently become possible as public opinion shifts. B.C.'s Ministry of Health funded Sage and a colleague to write a 60-page "how-to guide" for drug checking at music festivals this spring.

Participants at music festivals aren't typically opioid users, Sage said, but the tainting of many street drugs with fentanyl means it could show up. The drug, which is up to 100 times more powerful than morphine, was linked to hundreds of overdose deaths in B.C in the first six months of this year.

Sage would ideally like the government to acquire several mobile mass spectrometers that could be rolled out to large events across the province. They could be made accessible to the public in high-risk communities or at supervised injection sites during the rest of the year, she said.

Experts and health policy makers in the province say a harm-reduction plan that facilitates drug checking has merit, but aren't convinced that buying expensive machines is the answer.

Provincial health officer Dr. Perry Kendall, who is one of two leaders on the new task force, said the mass spectrometers must have a broad enough detection spectrum to be worth investment of tens of thousands of dollars.

But Kendall said many machines only test for some varieties of fentanyl, and noted some other killer drugs, such as the synthetic chemical W-18, are not even detectable by most hospital equipment yet.

Organizers of the Pemberton Music Festival, north of Whistler, said they prepared last month for potential fentanyl overdoses by stocking naloxone, a life-saving reversal agent. Among 650 people who were treated by medics for various ailments, only one person needed the antidote.

Dr. Sam Gutman, medical director for the festival attended by about 180,000 people, said he supports the concept of providing sophisticated drug testing. However, he has never deployed self-checking because he hasn't found adequate technology, and cautioned that even with a mass spectrometer many details would still have to be worked out. For example, what technicians should do if someone asking for a drug reading couldn't sign a liability waiver because they were already intoxicated.

"It's a very complex issue when you start to peel off the layers," he said. "But it's certainly not ready for prime time."

He too advised implementing a low-tech solution that could be rolled out much more quickly. One option involves distributing "dip sticks" that detect some types of fentanyl, which he believes could make a "significant impact."

Tyndall is hopeful the crisis will prompt more cost-effective solutions to emerge.

"With all the attention on opioids and drug overdoses, a lot of companies are revving this up. So I'm optimistic that the technology will rapidly improve."