Are your allergies worse this year? Doctors say there's a reason for that

TORONTO -- Experts say that seasonal, airborne allergies may be worse in some parts of Canada this year due to an earlier start of pollen season.

Dr. Anne Ellis, an allergist and professor at Queen's University in Kingston, Ont., told CTVNews.ca that she has heard from more patients than normal reporting worsening allergy symptoms. She says this is expected given an increase in pollen in the air.

"I actually get the pollen counts... and I can affirm absolutely the pollen counts are much higher this year than they were this time last year," Ellis said in a telephone interview on Tuesday.

Compared to previous years, Ellis said some parts of Canada experienced an earlier start to tree pollen season beginning in April rather than May.

"As much as the weather's lovely and nice to enjoy, sunshine and nice warm breezes, unfortunately that just brings about the problem for people with allergies," Ellis said.

Additionally, Ellis said grass pollen season has not changed and "seems to start pretty much on time every year" around May 15.

And that means people who are allergic to both are being hit hard.

"People who suffer from both tree and grass pollen are getting that double whammy," Ellis said. "It's a hard time."

Canadians have more allergies to pollen than any other allergen, according to Statistics Canada. As of 2017, 27 per cent of Canadians reported that they had allergies, and of that population, 40 per cent were allergic to pollens or grasses.

Dr. Susan Waserman, an allergist, clinical immunologist and professor of medicine at McMaster University, says certain cities in Canada are worse for pollen than others.

"It depends on where you live... places like Montreal and Ottawa have had a lot more pollen and that’s due to temperature and moisture around these local conditions that determine how much pollen there is in an area," Waserman said in a telephone interview with CTVNews.ca on Wednesday.

She added that the changes in pollen season are likely linked to climate change.

"Some studies have shown us that if temperatures warm up, plants they pollenate more and they appear in places where they would not have appeared before if the weather was not conducive, and the season of pollination may be longer on account of that," Waserman explained. 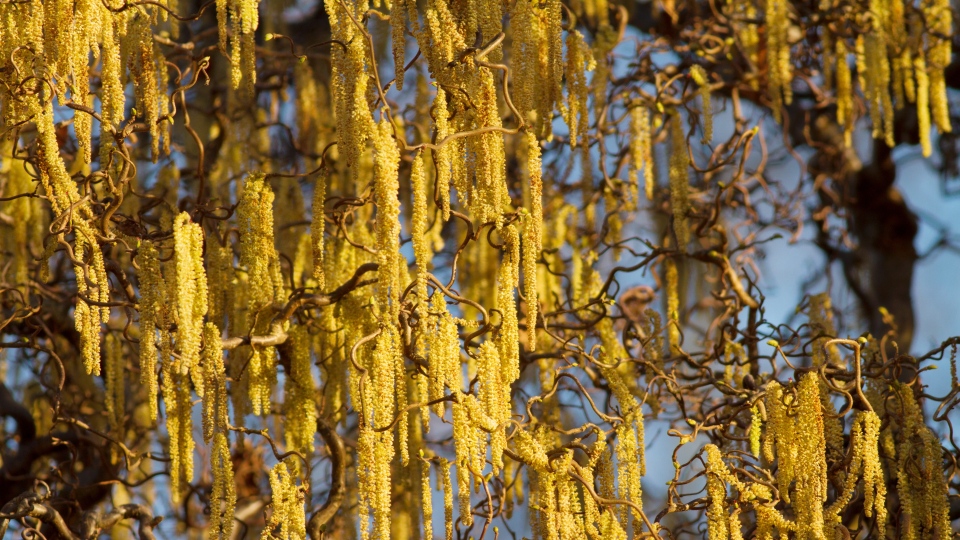 WHAT TO DO ABOUT ALLERGY SYMPTOMS

Allergy symptoms can be mild for some, and quite severe for others, Waserman says.

"For people who do have allergies to tree grass, ragweed, you're talking about close to six months of your life," Waserman said.

Unless properly treated, she said those with allergies may suffer from persistent symptoms that may lead to difficulty sleeping and concentrating. She says this may impact one's performance at school or work.

While these symptoms may not be detrimental to one’s health, Ellis says the quality of life impact "can be astronomical."

"For those people who suffer from hay fever and allergic rhinitis, they will tell you they're just downright miserable this time of year if they don't get some help and relief," Ellis said.

For those with allergies, Ellis recommends taking over-the-counter, non-sedative antihistamines such as Reactin, Claritin and Allegra as soon as allergy season begins or at the first sign of symptoms.

If those don't work, she suggests talking to one’s doctor about a prescription antihistamine or nasal corticosteroid sprays.

If over-the-counter drugs or prescription medicines still don’t provide relief, Ellis and Waserman recommend booking an appointment with an allergist.

Waserman says an allergist is able to identify exactly what a person is allergic to and provide immunotherapy treatment to help prevent the onset of symptoms.

Waserman said immunotherapy helps to change the body’s immune response so that a person no longer reacts to an allergen, and the immune system instead learns to tolerate it.

"We now have very effective tablets and injections to desensitize people so it's not just reactive treatments," Waserman said. "By seeing an allergist and starting some of these therapies they’re able to prevent you from having symptoms altogether."