Anxiety makes us bad decision-makers. Here's how to do better even if you're worried about everything. 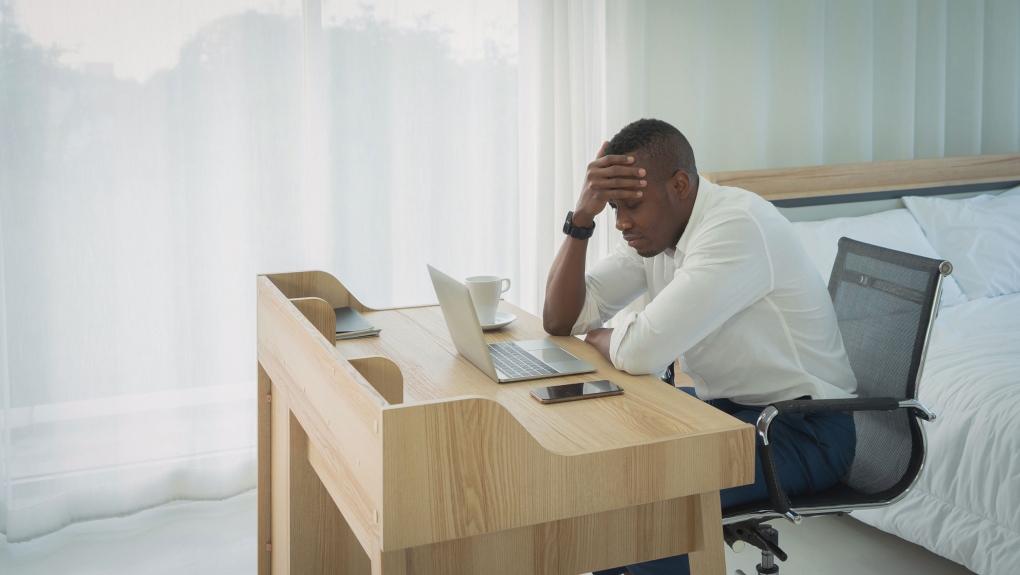 If you're struggling with anxiety and making poor decisions as a result, experts say there are techniques you can use to feel better and make wise choices. (Shutterstock)

Just before the lockdown began, London-based writer Valentina Valentini made the choice of a lifetime: She agreed to marry her partner. She didn't think twice about it.

A few weeks later, Valentini was struggling with pandemic-related anxiety that made even the most basic decisions seem daunting.

"It was just sort of this anxiety around everything," she said. "Sometimes it can manifest itself in the smallest ways, like 'I don't know what to eat right now.' I can't choose the simplest thing."

Experts say Valentini is not alone in her anxiety and the paralyzing indecision it can cause.

In the United Kingdom, 39% of people who are married or in a civil partnership now report high levels of anxiety, according to the Office for National Statistics. Researchers across Europe have found rising anxiety, depression and other mental health impacts amid the pandemic.

More than 35% of Chinese respondents had generalized anxiety disorder, a study found this month. Nearly a third of Americans are now experiencing symptoms of anxiety disorder, according to early-June data from the Household Pulse Survey, a partnership between the United States Census Bureau and the National Center for Health Statistics.

Those numbers might be shocking, but some mental health professionals say they're not surprised.

"Anxiety often goes up in any moment where our bodies perceive a real threat," said Luana Marques, a psychologist and president of the Anxiety and Depression Association of America. "It certainly makes sense in the middle of a pandemic."

For many, anxiety is something that you know when you feel it. The American Psychological Association defines anxiety as an "emotion characterized by feelings of tension, worried thoughts and physical changes like increased blood pressure." Other physical symptoms can include a rapid heartbeat, dizziness, sweating and trembling.

And while the symptoms of anxiety can be deeply unpleasant, Marques said the emotion is actually an essential tool our body uses to get us out of dangerous situations. "Anxiety, as a biological response, is a state of fight or flight," she explained.

Escaping from a lion? The hypervigilance associated with anxiety can help.

But while that heightened awareness and vigilance makes biological sense, Marques said the emotion also erodes our ability to make well-reasoned choices.

"When you have a lot of anxiety you actually have trouble making decisions. That's something I'm seeing in my clinic," she said. "Patients are having trouble figuring out: 'Is this a good decision or not?' And that's because their brain is not fully on to be able to make decisions."

That's concerning: As the COVID-19 pandemic unfolds, many are facing daily decisions with high stakes for their families' lives and livelihoods.

Fortunately, resources are available for those seeking help. The ADAA has a page dedicated to COVID-related mental health resources, including an online support group, how-to videos and tips on finding a mental health provider that offers telehealth services.

Want more good news? Marques and other experts say there's also a lot you can do to manage anxiety at home — techniques you can use to feel better and make wise choices. Here's where to start.

WHY IS IT SO HARD TO MAKE DECISIONS?

When we're feeling anxious, we've fired up a set of structures in our brain called the limbic system, said Marques. That's an area responsible for emotional responses, memory and motivation.

If your brain is in fight-or-flight mode, your overheated limbic system can cycle through an endless series of scary possibilities. Scientists call that "amygdala hijack"— it's like your prefrontal cortex has lost control of the vehicle altogether. The amygdala is a part of the limbic system.

"When you're on [amygdala] hijack, you're 'spinning,'" Marques said. "You might say: 'If I don't put on a mask right now I'm going to catch the virus, and if I get the virus, who's going to take care of my kids?' — which of course makes you more anxious."

That feeling can paralyze your ability to make a choice. And with your limbic system in control, you might not like what you settle on anyway. "Because they are emotionally driven, those are decisions that might not be your best decisions," Marques said.

HOW TO HACK YOUR BRAIN'S ANXIETY RESPONSE

"The best response is to cool off your brain before making decisions," Marques said. By doing that, you'll give your rational prefrontal cortex the chance to take control.

One way to slow down your brain is to engage in a calming activity that makes you feel good — Marques suggested meditation, taking a walk, drinking a cup of tea or calling a supportive friend. For more information on this step, watch a YouTube video on slowing down the brain that Marques created with Harvard Medical School.

Using techniques drawn from cognitive behavioral therapy, Marques also helps patients learn to recognize and see their feelings and thoughts for what they are. (Marques and HMS also created a YouTube video about this process.)

Those strategies can help you step out of the cycle of anxiety, putting your prefrontal cortex back in the driver's seat.

And while Marques recommended employing these anti-anxiety strategies as needed, she said it's just as important to lay some healthy groundwork by taking care of yourself. That means you'll have more resources to draw on when anxiety strikes.

"Charge up," she said. "What I mean by that is eating, sleeping and exercise. All three of those are things that we know help us activate our prefrontal cortex." Charging up the brain helps regulate emotions and build resiliency.

DETERMINE WHAT YOU CAN (AND CAN'T) CONTROL

Once you're in a good frame of mind, Marques suggested reminding yourself that you don't need — or get — to manage everything.

"We're in the middle of this major uncertainty, and a lot of things are out of our control," she said. Rather than try to plan for every possibility, Marques recommended we face uncertainty head-on. "Staying with this discomfort for a little bit is important."

Lynn Bufka, a psychologist and a senior director at the American Psychological Association, agreed. You might not be able to control whether your employer stays afloat, for example. Instead, she suggested focusing on the things within your power while letting go of the rest.

"Some things, you can say: 'This is not a decision I have to make,'" she said. Your kid's messy bedroom, for example? Bufka said to let that one go.

Once you've narrowed it down, pull out a sheet of paper and write out pros and cons, Bufka recommended. When everything is down in black and white, it can be easier to put your issues in perspective.

And if you find yourself obsessing over research and news-reading, consider setting a time limit: "Like 'I can spend one hour researching this issue and then I have to stop,'" she said.

You might not make the perfect decision, but Bufka offered a gentle reminder that it's OK to forge ahead anyway. "We are making the best decisions that we can with the information that we have," she said.

As for Valentini, the London-based writer, she employed the kind of self-care that experts like Marques and Bufka recommended. She tuned in to virtual yoga classes. Normally an exercise hater, she started taking jogs that seemed to elevate her mood.

She's still super anxious. As the pandemic wore on, her friends and family wanted to know when the wedding would be. Valentini said that thinking about it gave her heart palpitations.

But in the end, Valentini and her fiance made the best decision they could with the information they had, putting down a deposit for a 2021 wedding in Southern California.

And you know what? It helped, she said, even though the world is as confusing and stressful as ever. "It was like an exercise in forcing yourself to do something when there's no certainty around you," she said.

"You're like: 'That actually made me feel a lot better.'"