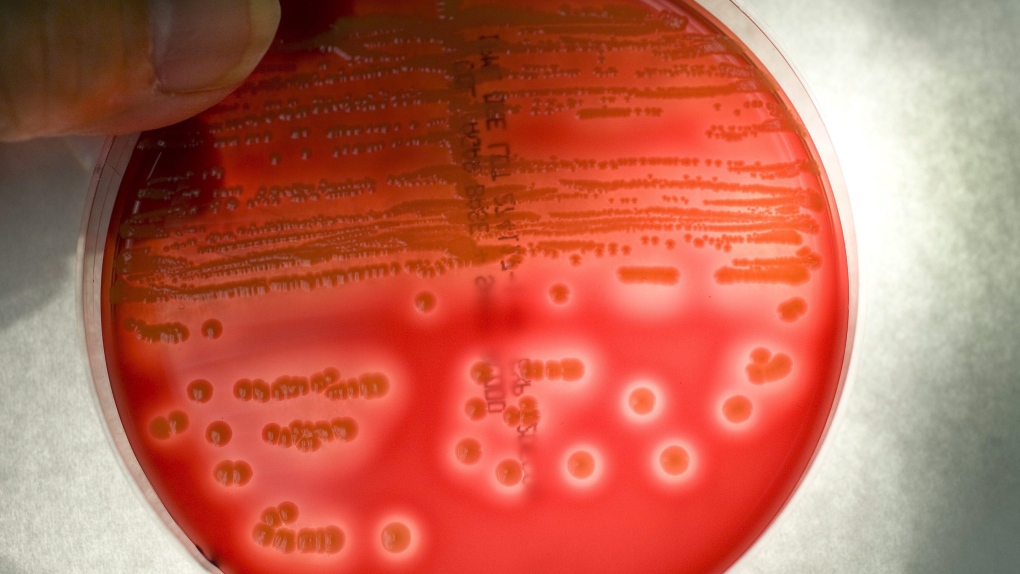 In this Nov. 7, 2008 file photo, Methicillin-resistant Staphylococcus aureus colonies from a Seattle hospital patient grow in a blood agar plate at a local lab in Seattle. (Mike Siegel/The Seattle Times via AP)

More than one million people died from antibiotic-resistant bacterial infections worldwide in 2019, a new report from the Lancet says, more than the annual death toll from malaria or AIDS.

The estimate of global deaths comes from analysis of 204 countries by a joint team of international researchers who were led by the University of Washington in the U.S. and partially funded by the Bill & Melinda Gates Foundation.

Researchers estimated that up to 4.95 million people died in 2019 from illnesses related to antibiotic-resistant infections, on top of the 1.2 million they found who died from them directly.

The death rates were highest in western sub-Saharan Africa, the study said, and lowest in Australia. Lower respiratory infections, such as pneumonia and blood infections, which can lead to sepsis and death, accounted for more than 1.5 million deaths associated with antimicrobial resistance in 2019.

The report states that poorer countries are more affected by antibiotic resistance infections, but that the phenomenon is a global health issue.

The overuse of antibiotics for less severe infections means that the drugs are becoming less effective against serious infections, such as methicillin-resistant Staphylococcus aureus (MRSA), and the report says that investment in new drugs and using current ones more sparingly is recommended.

While genealogical DNA tests may be marketed as harmless and exciting way for people to learn more about their ancestral heritage, CTVNews.ca speaks with a Canadian researcher who says more support is needed for those who get unexpected results that have potential to disrupt family relations.

Johnny Depp called his ex-wife's accusations of sexual and physical abuse 'insane' Wednesday as he returned to the witness stand in his libel suit against Amber Heard.