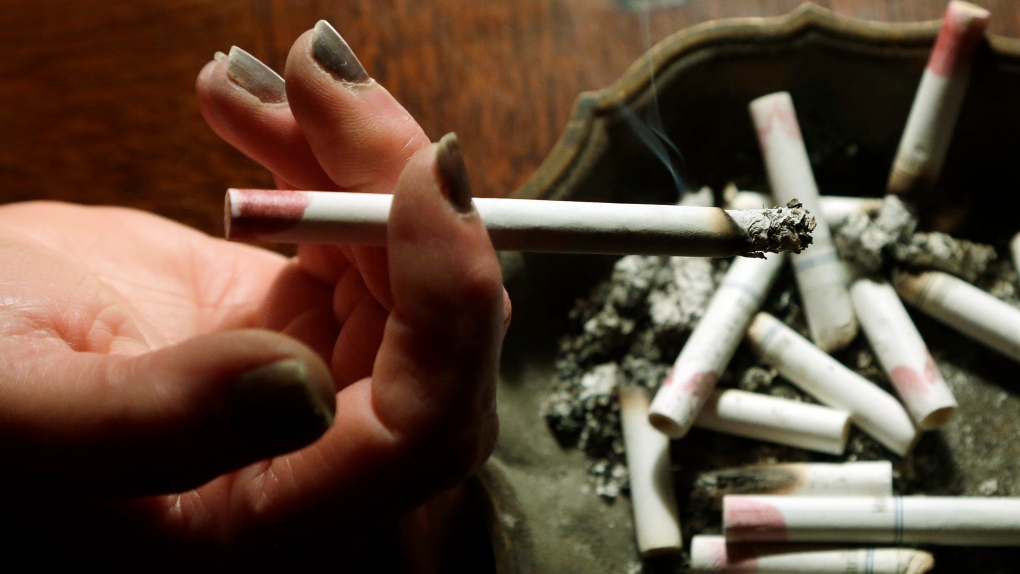 A woman smokes a cigarette at her home in this March 2013 file photo. (AP Photo/Dave Martin)

LONDON -- The World Health Organization has identified another grave risk to the health of Syrians in their war-torn country: tobacco.

In a statement last week, the UN health agency warned that "notwithstanding the current crisis in the country," Syrian officials should collaborate with the UN health agency to control the use of tobacco and water pipes among its people, especially young adults, women and teenagers.

WHO's Syria representative, Dr. Elizabeth Hoff, warned that using tobacco and water pipes endangers the health and lives of smokers and people around them. Hoff said using water pipes to smoke shisha, a common pastime in the Middle East, is 20 times more dangerous than cigarette smoking. She urged Syrian officials to implement a "plain packaging" approach for cigarettes to reduce their "attractiveness and glamour."

Syria's war is estimated to have killed several hundred thousand people amid the rise of the Islamic State group. But Dr. Ahmad Khlefawy, Syria's deputy minister of health, said the war cannot be an excuse for Syrians to endanger their lives by consuming tobacco. He noted that Syria was one of the first countries to sign WHO's global framework on tobacco control and to prohibit public smoking.

Smoking is also banned by Islamic State, which considers the habit to be against the tenets of Islam. The militants punish smokers by whipping them.

Bassem Mroue in Beirut contributed to this report.