America's biggest restaurant chains scored on their antibiotic use 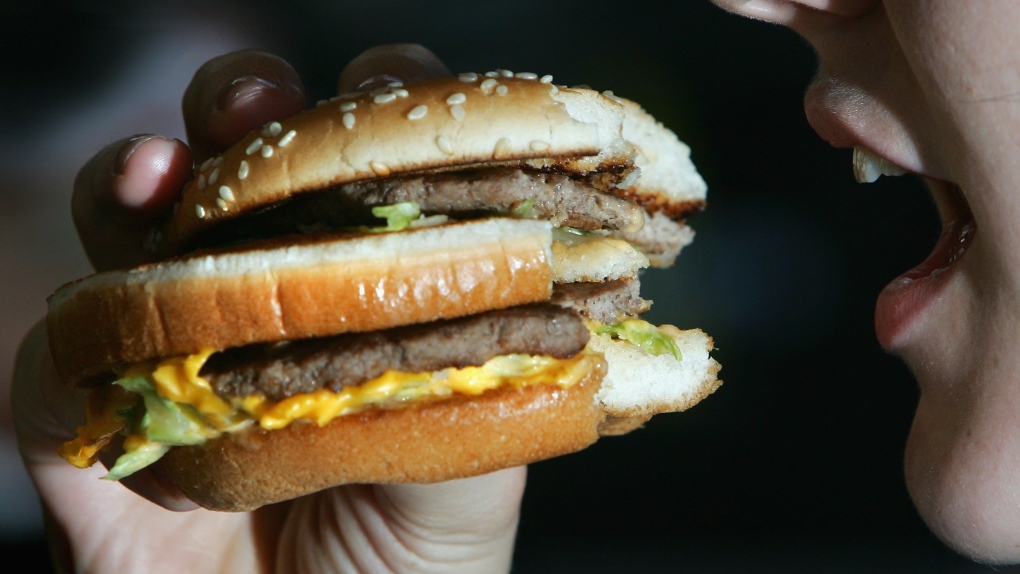 In this photo illustration a lady eats a beefburger on July 12, 2007 in London, England. (Cate Gillon/Getty Images)

Many of our favorite fast food and restaurant chains continue to contribute to the growing threat of antibiotic resistance, according to a report released Thursday by advocacy groups.

The World Health Organization calls the development of bacteria that can't be killed by some of our current medicines "one of the biggest threats to global health, food security, and development today."

Fifteen of America's favorites received an "F" for their lack of action in reducing the use of beef raised with antibiotics, including Burger King, DQ, Jack In the Box, Pizza Hut, Olive Garden, Chili's, Sonic, Applebee's and the pizza chains of Domino's, Little Caesars and Pizza Hut.

Only Chipotle and Panera Bread, who were early leaders in using only antibiotic-free beef and chicken, received an "A."

This is the fifth year that six public interest groups have graded the 25 largest US fast food chains on where they stand on antibiotics. The report, called Chain Reaction V, focuses on antibiotic use in both poultry and beef food items.

Antibiotics are routinely given to animals to keep them healthy while they fatten up for slaughter. In fact, nearly two-thirds of the medically important antibiotics sold in the U.S. go to food animals.

When antibiotics are overused, some bacteria learn to survive, multiply, and share their resistance genes with other bacteria even if those have not been exposed. Those so-called "superbugs" enter our system when we eat undercooked meat or veggies that have been exposed to irrigation water contaminated with animal waste.

And suddenly, antibiotics that once cured our infections no longer do their job.

Despite the severity of the problem, the U.S. lacks appropriate laws to regulate overuse of antibiotics in our food chain. Thus advocacy groups have turned to some of the largest buyers of raw beef and chicken -- restaurants -- and asked them to use their purchasing power to force change.

Fewer antibiotics in chicken we eat

And it works. A huge success story over the past five years is the reduction of chicken raised with antibiotics in many of our favorite restaurants, said Lena Brook, director of food campaigns for the Natural Resources Defense Council, one of the groups who sponsor the study. Others include Consumer Reports, the Milken Institute School for Public Health and the Center for Food Safety.

For consumers, that means antibiotic-free chicken is served in 13 of the 25 restaurants included in the study, including such heavy hitters as Chick-fil-A, KFC, McDonald's, Burger King, and Wendy's.

Four more restaurants are on their way to keeping their commitment to serve antibiotic-free chicken. However, eight restaurants still have no policy in place.

The early push by Chipotle Mexican Grill and Panera Bread, followed by Chick-fil-A, McDonald's and Subway, began a domino effect that encouraged major chicken supply companies to get on board, the report said.

"In spring of 2015 Purdue and then Tyson made a really big splash when they committed to limiting antibiotic use in their chicken suppliers and they're two of the five largest chicken companies in the country," Brook said. "So now we're looking for that kind of shift in the beef industry."

High use of antibiotics in beef

It's only the second year that the report has focused on beef, but some progress has been made. As in past years, the only two As were awarded to Chipotle Mexican Grill and Panera Bread.

The two chains have consistently stood above the rest by making sure that the beef, poultry and pork used in their foods are raised without antibiotics.

Despite their success with chicken, most of the top burger chains and restaurants, such as Burger King, DQ and Jack in the Box, failed to take any action to reduce the use of beef raised on antibiotics in their supply chains. Others didn't respond to the survey at all, just like last year.

Subway and McDonald's received a "C" for making a commitment to begin the process of using antibiotic-free beef in their food items.

Having a major player like McDonald's announcing they plan to create a comprehensive antibiotic use reduction policy is a "gamechanger," the report said.

"They're one of the largest beef buyers in the world," Brook said. "So if they do this right, they're going to have a critical impact not only in the United States, but in lots of places around the world in reforming antibiotic use practices."

McDonald's is in the pilot phase of their commitment, Brook said, with plans to announce reduction targets by the end of 2020. The promise to act jumped their score from an "F" to a "C."

Taco Bell, another big buyer of beef, said it would cut 25% of medically important antibiotics in their beef supply chain by 2025. That underwhelming commitment got them a "D" for minimal effort.

"We would love to see such a modest commitment be implemented faster," Brook said. "Six years feels like a long time to wait for a mere 25% reduction."

Wendy's received a "D+" for a confusing promise to act that didn't really accomplish much, Brook said.

"They're cutting one drug by 20% in less than a third of their beef supply. This is taking token steps to address the problem," Brook said. "We're really worried that Wendy's is greenwashing, or giving lip service to an environmental action so their company looks better.

"The fact remains other companies are figuring it out," she added. "So we know it's doable, and given the gravity of the threat posed by the antibiotic resistance crisis, there really is no excuse for inaction."

CNN reached out to all of the restaurants mentioned in the report. Subway said it had no comment at this time. Domino's Pizza sent a statement saying they believed in letting farmers and ranchers raise the animals, although "they do have a number of internal policies that we don't currently post publicly; nor do we engage in unsolicited surveys."

Panda Express told CNN they had added two menu items using antibiotic-free chicken and were working to add more such individual items to their menu.

Dine Brands, which owns Applebee's and IHOP, said that "in 2018 we made significant strides in reducing the routine use of medically important antibiotics in both poultry and pork and began work to address our beef supply in 2019 ... unfortunately, Chain Reaction's questionnaire timing precluded us from reporting this work."

In a statement supplied to CNN, Keith Kenny, global vice president of McDonald's Sustainability, said: "Through our latest commitment, we are proud to work with our beef supply chain around the world to accelerate the responsible use of antibiotics, while continuing to look after the health and welfare of the animals in our supply chain."

None of the other restaurants responded before the publication of this story.