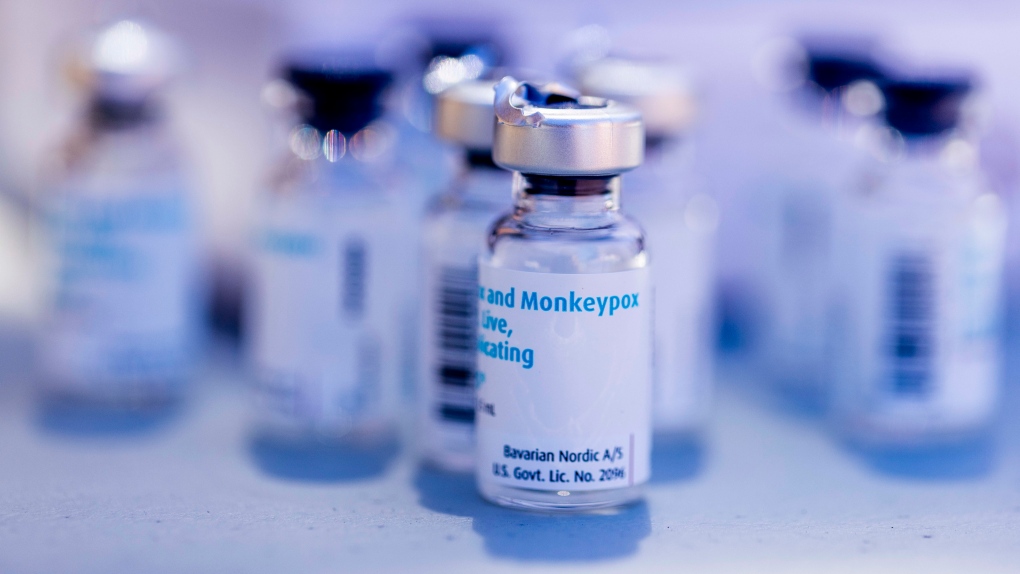 The head of Africa's public health agency says he's "really pleased" that the World Health Organization is renaming the strains of the monkeypox disease to remove references to African regions amid concerns about stigmatization.

"We are very glad that now we can be able to call them Clade 1 and Clade 2 rather than make reference to these variants using African regions," Ahmed Ogwell, acting director of the Africa Centers for Disease Control and Prevention, said at a briefing Thursday. "We are really pleased with that change in naming, which will remove stigma from disease-causing variants."

At least 285 new cases have been reported since the agency's last briefing a week ago, Ogwell said, adding that the West African nations of Ghana and Nigeria are reporting 90% of new cases. Liberia, Republic of Congo and South Africa are the other nations reporting new cases.

Ogwell, who urged the international community to help Africa's 54 countries improve their capacity to test for monkeypox and control its spread, said he had no epidemiological insights to share regarding the spread of monkeypox in Africa.

But he noted that while 98% of cases are in men who have sex with men outside Africa, what's happening on the continent of 1.3 billion people "does not reflect what other parts of the world are seeing."

"Our focus is capacity-building so that each and every country that is at risk is ready to be able to identify these cases quickly," he said.

Other scientists, however, have dismissed the effort to rename monkeypox as an unnecessary distraction as the global outbreak continues.

WHO has said it does not plan to rename any other diseases at the moment.

WHO spokeswoman Fadela Chaib said this week that it is "important to involve as many audiences, as many people as possible" to suggest names. "I'm sure we will not come up with a ridiculous name," she said. "(It's) the responsibility of WHO to rename diseases when they are stigmatizing. But for the time being, the plan is for (renaming) monkeypox."

Monkeypox spread typically requires skin-to-skin or skin-to-mouth contact with an infected patient's lesions. People can also be infected through contact with the clothing or bedsheets of someone who has monkeypox lesions.

Most people infected with monkeypox recover without treatment, but it can cause more severe symptoms like brain inflammation and in rare cases, death.

The variant of monkeypox spreading in Europe and North America has a lower fatality rate than the one circulating in Africa, where people have mostly been sickened after contact with infected wild animals like rodents and squirrels.