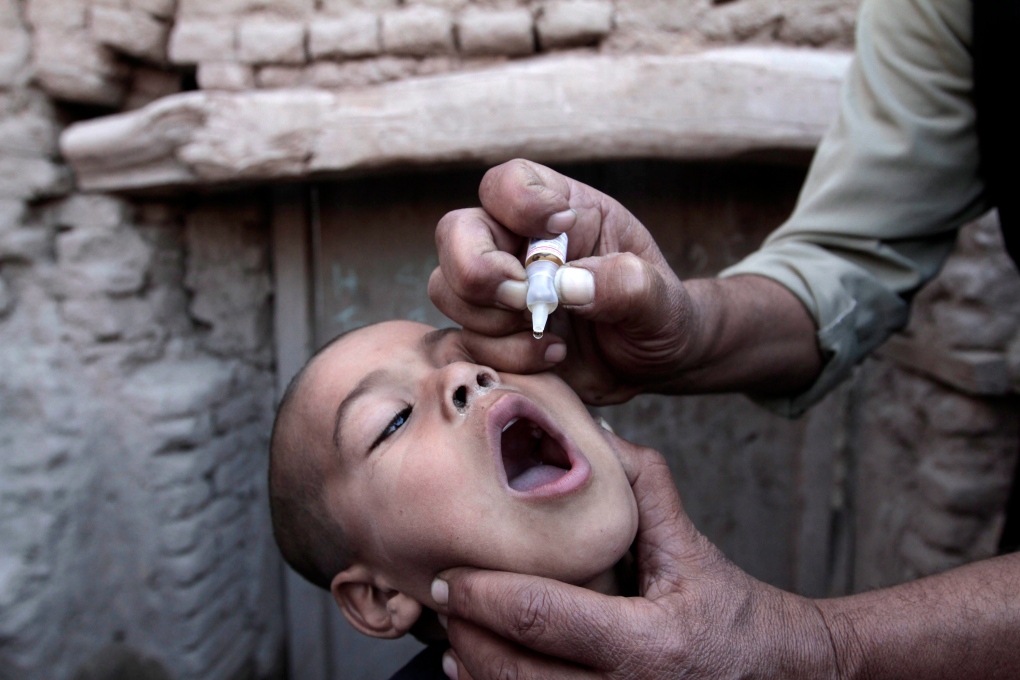 An Afghan child is vaccinated for polio during a polio eradication campaign in Jalalabad, east of Kabul, Afghanistan, Tuesday, Nov. 26, 2013. (AP / Rahmat Gul)

KABUL, Afghanistan -- A young girl from Kabul has been diagnosed with polio, the first case linked to Afghanistan's capital since the fall of the Taliban in 2001, according to officials.

Afghanistan's Public Health Ministry said that a vaccination campaign had been launched -- with particular focus on the area of eastern Kabul where three-year-old Sakina lived -- in response to the diagnosis.

Dr. Kaneshka Baktash, spokesman for the ministry, said Tuesday that Sakina is partially paralyzed. Baktash said she was diagnosed in Pakistan, where Sakina was brought after falling ill.

Afghanistan, Pakistan and Nigeria are the only countries in the world where polio remains endemic, though cases have declined significantly in Afghanistan in recent years.

Still, the vast majority of cases in Afghanistan can be traced back to Pakistan, health officials say.

Abdul Sabor Nariman, deputy spokesman for the Public Health Ministry, suggested that was the case with Sakina and noted that her family had travelled often to the neighbouring country.

Vaccination campaigns in Pakistan have been targeted by militants, who have killed several polio workers and police protecting them.

Pakistan's branch of the Taliban opposes vaccination against polio and considers such campaigns a cover for spying. They also claim the vaccine is intended to make Muslim boys sterile.

In Afghanistan, the Taliban say they give their blessing to the Red Cross workers to conduct polio vaccinations in areas under the insurgents' control.

The disease recently has drawn attention in the Middle East, with the United Nations is pushing ahead with a massive immunization campaign after 17 polio cases were confirmed last month in war-ravaged Syria.