Acadia University to immunize students, staff against meningitis B 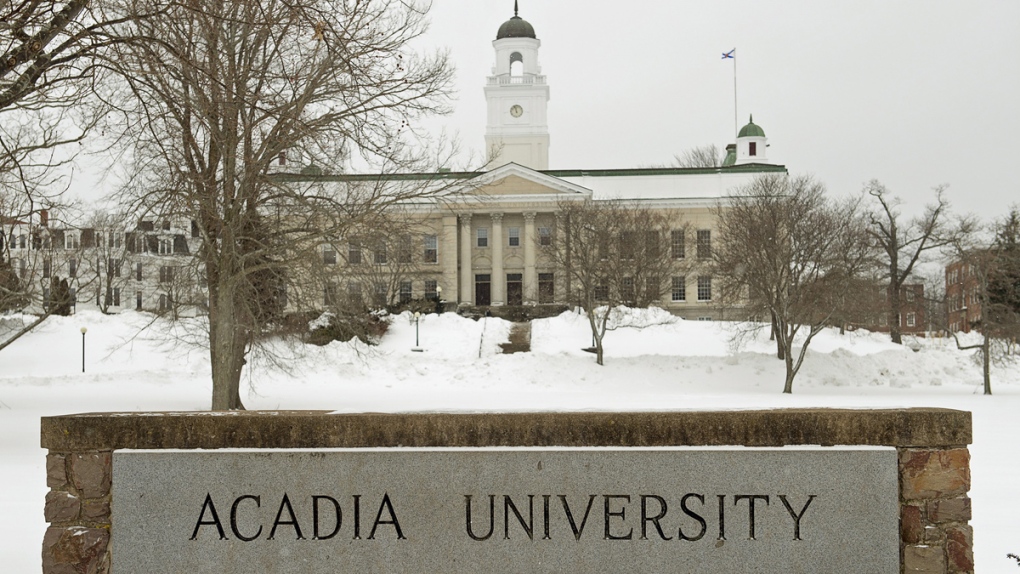 HALIFAX -- Officials are trying to contain an outbreak of meningitis at Acadia University after confirming that a second student contracted the same strain of the disease that's been linked to the death of a young woman at the Nova Scotia school.

Dr. Robert Strang, the province's chief public health officer, said Friday that a free, two-dose vaccination program for all students will begin next Wednesday at the campus in Wolfville, N.S.

The roughly 8,000 doses for up to 4,000 people will also be available for staff and faculty who are at greater risk because of certain medical conditions, such as immune disorders or a compromised spleen.

"We now have an outbreak of meningococcal serogroup B amongst Acadia students," Strang said. "But the risk to any individual remains low and there is no increased risk to the broader community."

Hope Maryka, a first-year business student, became ill Monday and was taken to hospital to recover. A statement on the university's website Friday said her condition was continuing to improve.

"I want to let you know that Hope is continuing to recover and is deeply appreciative of the support she has received from her friends and colleagues at Acadia and beyond," said university president Ray Ivany.

Strang said no other students had exhibited symptoms, but some members of her rugby team expressed concern that they may have shared her water bottle at a training session. Some of them have come forward to receive antibiotics as a preventative measure, Strang said.

This latest case followed the death on Feb. 1 of Sarah Hastings, another first-year business student who was also found to have the B strain.

Strang said earlier in the week that the two women were not friends and did not have any known contact with each other.

Health officials have contacted the manufacturer of a B strain vaccine to ensure they can secure an adequate supply for the immunizations. It will cost about $650,000 for the Bexsero vaccine to be used at Acadia University clinics.

There have been four cases of meningitis in the province this year, including a male student at St. Francis Xavier University who recovered from the Y strain last month. He also had the B strain in November. Both cases were considered to be isolated.

There were two cases in the province last year, with the last fatality in 2002. Strang said the last significant outbreak was in the early 1990s.

It's estimated that one in 10 cases of meningococcal disease is fatal and between five and 10 per cent of people are carriers of the disease. What's not clear is why some cases progress rapidly and become lethal.

Roughly about two-thirds of the cases in the last decade have been the B strain.

To prevent spreading the disease, Strang urged people not to share drinks, water bottles, eating utensils, lip balm or toothbrushes. People should also make sure they are washing their hands or using an alcohol-based hand sanitizer, he said.

Anyone with severe symptoms, including fever, headache, change in the level of alertness, stiff neck, rash and nausea, is advised to get medical help.