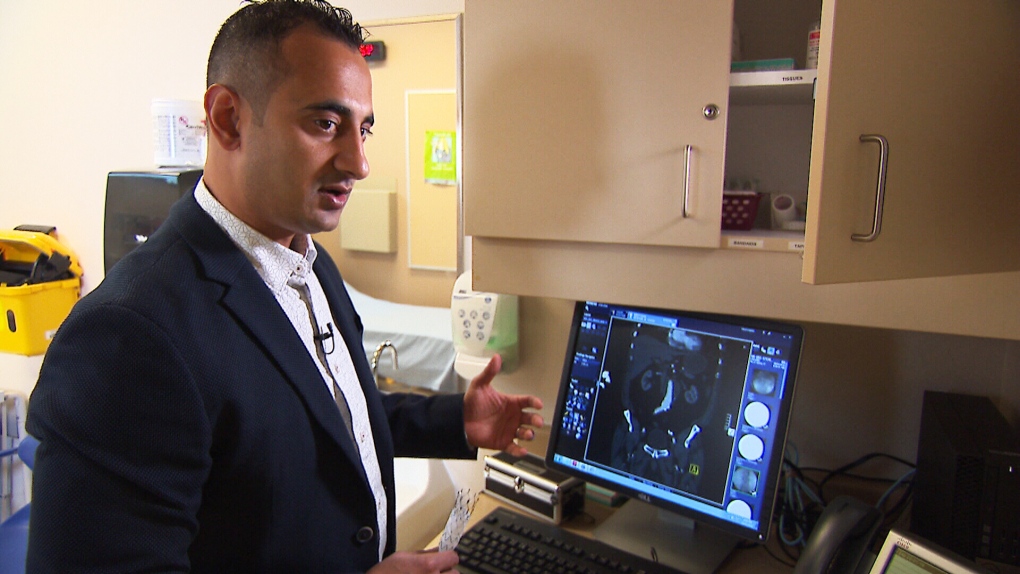 Every day in Canada, two to three people are rushed to emergency rooms with catastrophic internal bleeding caused by a ruptured abdominal aortic aneurysm. When the abdominal aorta -- which carries blood from the heart to the lower body -- bursts, the results are often fatal. But such deaths could be prevented if more doctors followed specialists’ guidelines to help identify the problem before it’s too late.

“It’s a big messy preventable problem and it’s something that we have a solution (for) that is so easy,” Dr. Varun Kapila,  the chief of vascular surgery at Ontario’s William Osler Health System, told CTV News. “And I think the problem here is it’s a knowledge gap.”

That “easy” solution, as proposed by heart specialists, is an abdominal ultrasound screening test. New guidelines from the Canadian Society for Vascular Surgery, which Kapila helped create, recommend that the following groups of people receive an ultrasound to look for abdominal aortic aneurysms:

Stress, advanced age, high blood pressure and smoking have also all been linked to such aneurysms. And while they occur less frequently in women, they tend to rupture at smaller sizes and be fatal more frequently.

The Canadian Society for Vascular Surgery guidelines, however, are not being universally followed. And with people not being tested, many who had no previous symptoms are ending up in hospitals with life-threatening ruptures.

“There are… a significant amount of patients who come into our emergency department with low blood pressure and back pain because the aneurysm has actually broken and those are the ones that actually have hours before the aneurysm fully ruptures and they would die,” Kapila explained. “In my practice, for sure I would say that a majority of the ruptures that we see never had an ultrasound for screening.”

If you fall into the two above groups and your doctor hasn’t recommended an ultrasound, you should simply request one.

Dr. Michael Chu is a scientist with the Lawson Health Research Institute and a cardiac surgeon at the London Health Sciences Centre, both of which are in London, Ont.

“I think people have to be their own health advocate,” Chu told CTV News. “If they’re really concerned, I think they are in the right to go and ask for the screening.”

'HE PROBABLY WOULD HAVE DIED'

Every year, more than 20,000 people in North America die from a burst abdominal aortic aneurysm. The condition even claimed the lives of renowned physicist Albert Einstein and television star Lucille Ball.

John Brett is one of the lucky ones. He was having an ultrasound on his leg when a technician offered to do a quick check of his abdomen.

“That was really the scariest thing,” 70-year-old Brett told CTV News from a Brampton, Ont. examination room.  “I recollect having read about all these people who had suddenly died… (because) nobody knew that they had an issue. So I was basically in the same boat.”

Fortunately for Brett, the ultrasound caught the problem early enough that Kapila and his team were able to monitor his condition and save his life by implanting a large stent in his aorta to take pressure off the defect.

“I am lucky that it was found and grateful,” Brett said.

Brett’s aneurysm is now shrinking. But like Brett, thousands of Canadians show no symptoms and have no idea that they have a time bomb in their abdomen.

“We have a minimally invasive approach to test and to screen patients for this lethal disease process,” Kapila added. “We can save lives by doing this and it really is important for us to get this message out there to patients and to family members.”