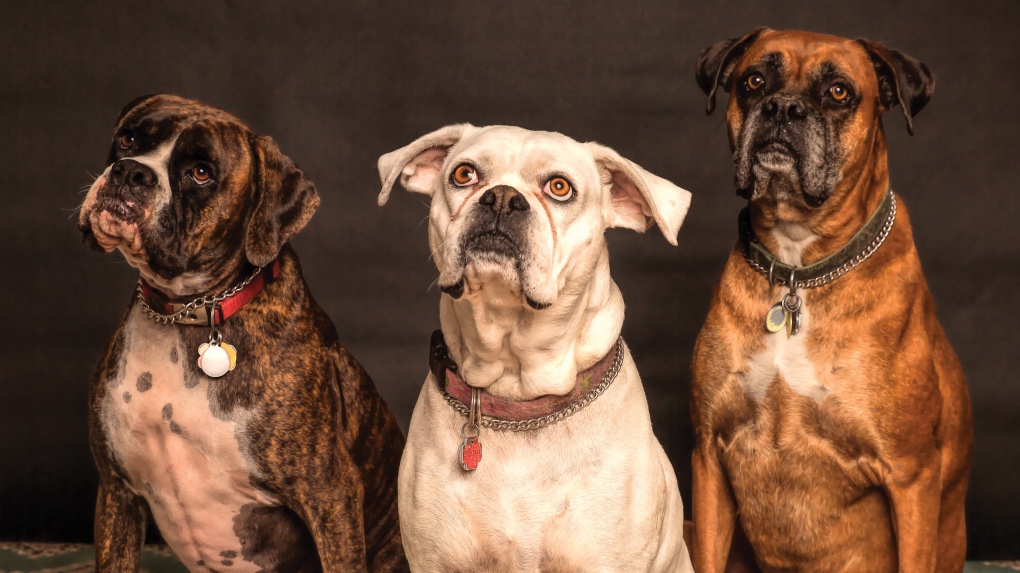 This article was originally published on The Conversation, an independent and nonprofit source of news, analysis and commentary from academic experts. Disclosure information is available on the original site.

Leishmania is a flesh-eating parasite that affects millions of people each year, in 98 countries and territories - but isn't native to Canada and the United States. So why are veterinarians starting to report Leishmania here, so far from this parasite's natural warm climate?

Leishmania are microscopic parasites transmitted by sandfly bites, and cause a disease called leishmaniosis. There are several forms of this disease, affecting the skin, mucous membranes and internal organs. Some forms of the disease lead to severe disfigurement, others death.

Leishmaniosis is classified as a neglected tropical disease by the World Health Organization, primarily affecting those in tropical and subtropical regions. The disease particularly affects populations lacking access to adequate housing and sanitation services.

Leishmaniosis is a zoonotic disease, meaning it can be transmitted from animals to humans; dogs are the reservoir for this parasite.

Recently, veterinarians in the U.S. and Canada have been detecting Leishmania in imported dogs: the disease has been detected in dogs in 18 states and two provinces. Our laboratory received reports of at least 10 in Quebec within the span of a year. Soon after, we were presented with a case ourselves: a dog imported with suspected “fight wounds” later diagnosed to be Leishmania.

More and more, owners are travelling with their pets or importing animals from other countries. The regulations for bringing pets into Canada are lax - generally, the only requirements are proof of rabies vaccination and a certificate from a veterinarian declaring the animal to be in apparent good health. Furthermore, since many of the tests and diagnostic treatments for exotic diseases (including leishmaniosis) are unfamiliar or inaccessible in Canada, diagnosis and treatment are complicated.

This puts the health of the patient, and ultimately the public, at risk.

Although the exact species of sandflies that transmit Leishmania are not present in Canada, reports of Leishmania maintaining itself within groups of kennelled foxhounds in 18 states and two provinces strongly suggest that the parasite can be transmitted from dog to dog: through bites, breeding or blood transfusions. In addition, it has recently been demonstrated that ticks can also transmit leishmaniosis.

Therefore, although unfortunate, Leishmania establishment in Canada and the U.S. remains possible.

Treatment of leishmaniosis is currently limited to very few drugs, most of which have been in use for decades. In recent years, there has been an increase in Leishmania drug resistance and treatment failure. Scientists, including us, are searching for clues to better understand how these parasites survive in the presence of anti-leishmanial drugs. A number of experiments have led us (and others) to focus on Leishmania's release of extracellular vesicles.

Extracellular vesicles are small, round particles with a fatty outer membrane, and they are produced by all living cells, including Leishmania parasites. Although tiny - you need an electron microscope to see them - these particles transport valuable cargo that ranges from DNA to fats and proteins. The contents of these vesicles provide a “snapshot” of their cell of origin, and can be “delivered” to nearby cells.

Recent studies have found that not only do the size and shape of these vesicles differ between sensitive and drug-resistant strains of Leishmania, but vesicles produced by drug-resistant parasites contain special drug-resistance molecules.

A better understanding of extracellular vesicles' function is another step towards understanding how drug resistance spreads among Leishmania populations with the goal of preventing it. Additionally, research has demonstrated that when an infected sandfly bites a human, it's not just parasites that are injected into the bloodstream: extracellular vesicles come along too, and are confronted by our immune system.

Studying extracellular vesicles may provide vital information for the development of new Leishmania therapies or a vaccine.

Mandatory reporting of canine leishmaniosis cases by veterinarians, easy access to fast and reliable diagnostic tests and appropriate treatments and an overhaul of animal importation regulations are critical.

A “One Health” approach, requiring the collaboration of human, animal, and environmental health partners, is key to preventing Leishmania cases in Canada.

Martin Olivier receives funding from the Canadian Institute of Health Research (CIHR), the Natural Sciences and Engineering Research Council of Canada (NSERC), FQRNT and the Burroughs Wellcome Fund since 1993.

This article is republished from The Conversation under a Creative Commons license. Disclosure information is available on the original site.