TORONTO -- When Margaret MacMillan was diagnosed with dementia more than five years ago, she felt like the whole world was watching.

Today, with her daughter, CTV News Channel anchor Marcia MacMillan, by her side she admits she is among one in four Canadians living with dementia who still feels embarrassed or ashamed of the diagnosis.

“In the early days (of the illness) my mom would say to me a lot that she wished she could help people, and I haven’t forgotten that,” MacMillian said, smiling at her mother.

“When I talk to people who are going through similar experiences, there’s an automatic kinship and I feel like if more people could understand what this is about we would all be better off.”

More than half a million Canadians are living with dementia -- a figure that is expected to double by 2031, according to the Alzheimer’s Society of Canada. Despite these numbers, the organization says social stigma facing dementia patients and their families remains high.

“People don’t understand what it really is—they think it’s just forgetfulness and there’s so much more to it,” explained MacMillan.

MacMillan says her mother was a smart, stylish, funny, entrepreneur. And that’s still in her despite the disease.

“I feel like people don’t recognize that there is still a person inside -- a person that feels things, and wants to participate in life, be part of life and see the world.” 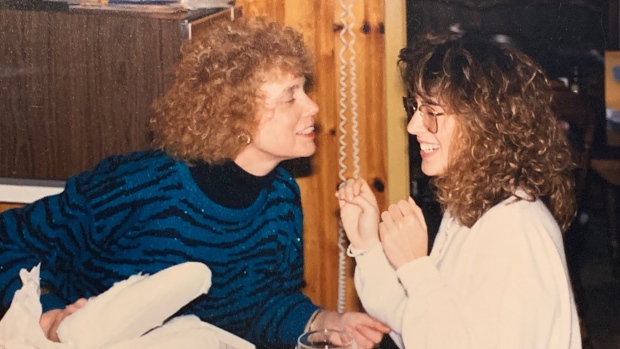 Shifting from daughter to caregiver is a bittersweet change in MacMillan’s relationship with her mother, one she says has always been close.

Once an independent business owner, Margaret now lives in a retirement home and relies on MacMillan in new ways, including the occasional reminder of who is the mother in their relationship.

“I feel fiercely protective. I feel a different sort of love… a deeper love,” MacMillian said.

Dementia, MacMillan said, is “terrible, cruel and unfair,” but she noted there is still so much joy in her relationship with her mother -- something no diagnosis could change.

“While a lot of things are lost, the ability to do basic things and remember people, there are also some wonderful things that can happen if you’re open to it,” she said.

“There can still be something that you each get out of it – it doesn’t mean the end.”

MacMillan’s message of hope and awareness is shared by other Canadians living with or caring for someone with dementia -- a message the Alzheimer’s Society of Canada says is crucial for the next wave of people diagnosed with the disease.

“Today, people have a preconceived notion that a person with dementia is someone who is crippled, sitting in a wheelchair, or is bedridden,” Nalini Sen, an Alzheimer’s Society of Canada spokesperson, told CTV News.

“If people have a negative perception of dementia then it will prevent others who are newly diagnosed from going about and seeking the support and help that they really need.”

On Monday, the organization launched its annual dementia awareness campaign, “I live with dementia. Let me help you understand,” as part of Alzheimer’s awareness month. Now in its third year, the campaign aims to raise awareness about the many faces of dementia.

“There is a preconceived notion that once they’re diagnosed with dementia that there is a rapid degeneration in their ability, but that’s not necessarily the case,” said Sen.

“People are still able to go about living a proper lifestyle and able engage in daily activities as they have done before.” 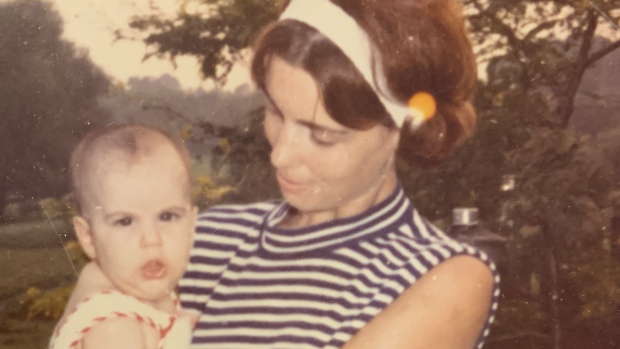 The campaign also provides the public with tools to support those living with dementia, including insights into some of the common behaviours, such as frustration and confusion, and how to communicate effectively.

MacMillan hopes that in sharing her mother’s story, she can inspire others to be open about their journey.

“I just feel that my mom is so special; that everyone should know her and hopefully learn something about her journey with dementia,” she said.

“Even though it feels unique to us, there is probably a lot of people who could relate to what we’ve gone through these past few years.”