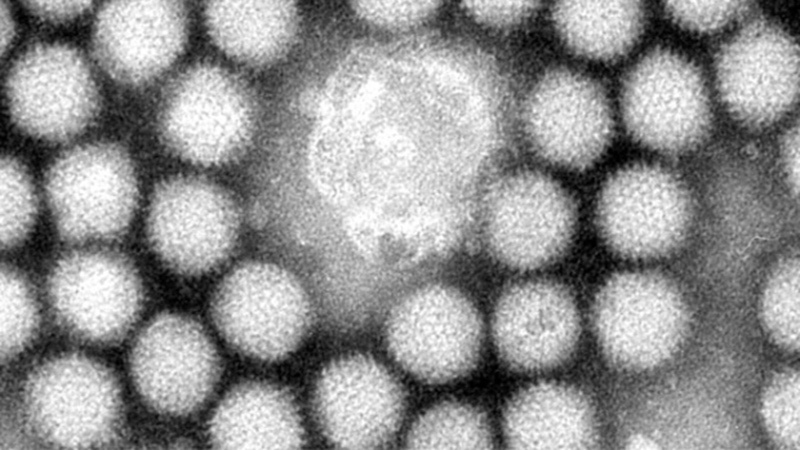 An electron microscope view of the adenovirus, a common cold virus. (AP / U.S. Centers for Disease Control and Prevention)

That brings the total number of adenovirus cases to 24.

The Health Department said Friday in a statement that all the new patients at the Wanque Center for Nursing and Rehabilitation were already ill. The diagnosis does not necessarily mean the virus is spreading.

The outbreak won't be declared over until the centre can go four weeks without new cases of people being infected with a germ called adenovirus 7.

The seven who died this month were children and at least one young adult. They were all in a respiratory unit where patients receive long-term help with breathing.