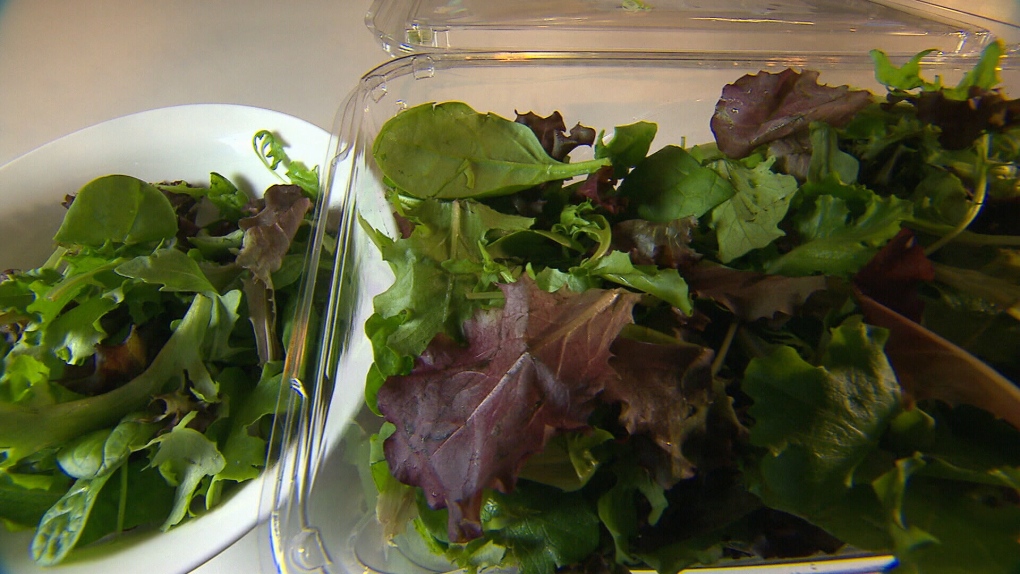 The outbreak, which dates back to July, is linked to salads sold under the names Dole, Fresh Selections, Simple Truth, Marketside, The Little Salad Bar and President's Choice.

Dole is withdrawing packaged salads from Ontario, Quebec and Atlantic Canada and more than 20 U.S. states due to a Listeria outbreak.

The Centers for Disease Control and Prevention reported Friday that packaged salads produced at a Dole facility in Ohio are linked to one death in Michigan and the hospitalizations of 12 people in six states.

The outbreak, which dates back to July, is linked to salads sold under the brand names Dole, Fresh Selections, Simple Truth, Marketside, The Little Salad Bar and PC Organics.

A "small number" of PC Organics products packaged by Dole and sold in plastic tubs appear to be affected and include spinach and arugula, said Kevin Groh, vice-president of corporate affairs and communication for Loblaw Companies Limited.

"As soon as supermarkets are aware of the products that are affected they'll take those products off the shelves," he said.

"They won't wait. Food safety is the No. 1 priority. It is a non-negotiable part of the business so as soon as they're aware of the products that have been identified they will come off the shelf immediately."

The CDC said it connected the outbreak to the Dole salads this month after Ohio agriculture officials found Listeria in a bag bought at a retail location. The strain of Listeria was "highly related genetically" to the Listeria that had made people sick.

The CDC said Dole had stopped all production at its Springfield, Ohio, plant and is withdrawing packaged salads on the market that were produced there. Consumers can identify the salads by the letter "A" at the beginning of the manufacturing code on the packages.

On Wednesday, the Public Health Agency of Canada reported that seven people had been hospitalized in a Listeria outbreak affecting five provinces. A spokeswoman said in an email late Friday that the agency believes there is a link with the U.S. outbreak, but is awaiting final lab results.

The agency said there were three cases in Ontario and one each in Quebec, New Brunswick, Prince Edward Island, and Newfoundland and Labrador. Most of them were women with an average age of 81.

They became sick between September 2015 and early January and one of them died. It has not been determined if Listeria contributed to the death.

The agency said packaged leafy greens, salad blends and salad kits were being investigated as a possible source of the outbreak.

Listeria is a type of bacteria that can be found in food, soil, plants, sewage and other places in nature, and eating food with Listeria on it can cause a serious disease, called listeriosis. People can get listeriosis by eating meat, fish, dairy products, plants or vegetables contaminated with Listeria.

Those who are at highest risk of serious illness, according to Health Canada, include pregnant women and unborn or newborn children, adults 65 and over, and people with weakened immune systems.

Foods that are contaminated with Listeria may look, smell and taste normal. Unlike most bacteria, Listeria can survive and sometimes grow on refrigerated foods but can be killed by cooking food properly.

The mild symptoms of listeriosis may include fever, muscle aches, nausea or diarrhea, while severe symptoms can include headache, poor co-ordination, seizures or neck stiffness.

Listeriosis can be treated with antibiotics, but the agency says early diagnosis is key, especially for people in high-risk groups.