Has a U.S. psychologist uncovered proof of ESP? 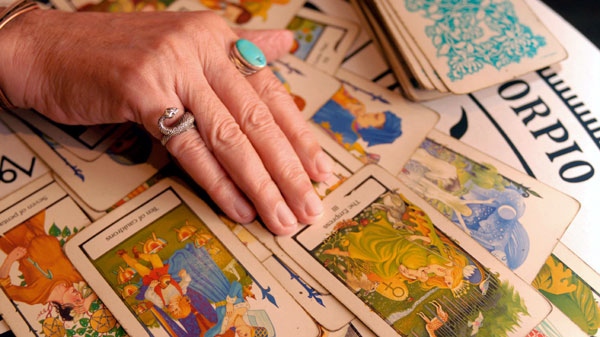 Psychic and Tarot card reader Otis Biggs reads a spread of Tarot cards on Friday, Aug. 10, 2007, in the French Quarter of New Orleans.

In a move that few in the field of psychology could have seen coming, a top journal is slated to publish new research supporting the idea that extrasensory perception (ESP) could actually exist.

"Feeling the Future: Experimental Evidence for Anomalous Retroactive Influences on Cognition and Affect" is expected to grace the pages of the Journal of Personality and Social Psychology later this year.

In it, psychology professor emeritus Daryl J. Bem of Cornell University reports the results of nine experiments designed to gauge the "retroactive influence of some future event on an individual's current response."

In all of the experiments except one, Bem wrote that he found "statistically significant results," according to an advance version of the research paper posted on his website.

Put another way, the more than 1,000 people who participated in the experiments appear to have predicted, or have been influenced by, the future event slightly more successfully than if they had simply been guessing.

Bem, who has a degree in physics as well as psychology, then goes on to discuss theories behind unexplained, "anomalous processes of information or energy transfer" as well as reasons why people are generally skeptical about such phenomena.

The journal's decision to publish the 61-page paper has sparked an intense debate over academic publishing standards. Because the results cannot be explained, critics say evidence the research should be based on much stronger evidence.

Four professors at the University of Amsterdam have already written a rebuttal to the still unpublished research, arguing that Bem should have chosen other statistical tests for his work.

His results "do not indicate evidence in favor of precognition," the rebuttal concludes, "they indicate that experimental psychologists need to change the way they conduct their experiments and analyze their data."

According to the New York Times, the journal is standing by its decision to publish the paper.

Meanwhile other psychologists in the academy have been less quick to criticize the research.

Melissa Burkley, an assistant professor of social psychology at Oklahoma State University, wrote on her blog that Bem's study is "thought provoking, and like good cutting-edge science is supposed to do, offers more questions than answers."