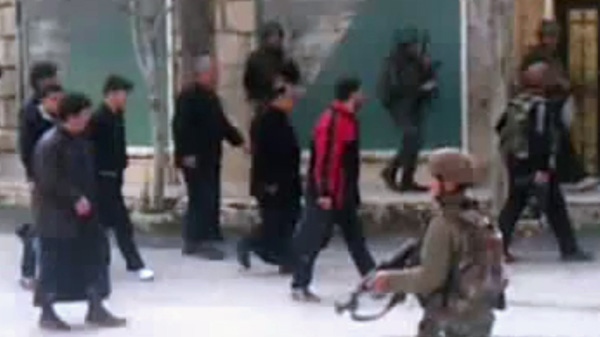 Syrian President Bashar Assad accepted the peace plan earlier this week, but the bloodshed has continued unabated despite calls for a cease-fire. The opposition is deeply skeptical Assad will carry out Annan's peace plan, saying he has accepted it just to win time while his forces continue their bloody campaign to crush the uprising.

On Friday, activists reported clashes in the northern Idlib province and the restive central province of Homs. There was no immediate word on casualties.

At an Arab League summit in the Iraqi capital on Thursday, U.N. Secretary-General Ban Ki-moon and Arab League Secretary-General Nabil Elaraby discussed the Syrian crisis and Annan's mission and they agreed "that it was imperative for president Assad to match his commitments with action," the U.N. spokesman's office said.

The plan calls for Damascus to immediately stop troop movements and use of heavy weapons in populated areas and to commit to a daily two-hour halt in fighting to allow humanitarian access and medical evacuations. It also calls for a full cease-fire to be supervised by the U.N. so that all parties can discuss a political solution.

In comments carried on Syria's state news agency on Thursday, Assad said "Syria will spare no effort to make (Annan's) mission a success and hopes it would return security and stability to the country."

But he added that the U.N. envoy must "deal with the elements of the crisis in a comprehensive way" and get a commitment from armed groups to cease their "terrorist acts" against the government.

Assad's condition that there be an express promise from the opposition to stop attacks could complicate Annan's attempts to bring an end to the yearlong violence that the U.N. says has killed more than 9,000 people.

"To make Annan's mission a success, he should focus on drying up the sources that support terrorism against Syria," Assad added.

Throughout the crisis, Assad's regime has held that it faces not a popular uprising against his rule but a campaign of violence by terrorists.

Syria's uprising began a year ago with peaceful anti-Assad protests, which were met with a fierce crackdown by security forces. Since then, army defectors and protesters have taken up weapons, saying their only hope is to drive out Assad through force of arms.

Annan's spokesman told The Associated Press on Thursday that the international envoy is looking at the possibility of borrowing U.N. peacekeeping troops to monitor a cease-fire.

On Friday, China backed Assad's demands that Syrian rebels had to commit to talks and stop attacks.

China, which along with Russia has twice vetoed proposed U.N. sanctions over Assad's crackdown, has said it backs Annan's peace plan, but also says there should be no external interference in Syria.